I'm sitting in a slightly messy Creative Loafing office conference room. Story ideas are scribbled illegibly on a whiteboard and large framed posters showing images of past newspaper issues hang on the wall. Seated across from me is Carlton Hargro, the editor of the newspaper.

It almost feels like 2011, when we last worked together at Creative Loafing Charlotte. Except it's an April morning in 2017, we're in downtown Atlanta, and my shoes are still on. (I was notorious for kicking off my shoes in CL's NC Music Factory offices and going barefoot.)

When CL editor (and my former boss) Mark Kemp reached out to see if I'd be willing to contribute a piece to the paper's 30th anniversary issue, I thought a visit with my other former boss was in order. After all, Carlton served as the editor of CL from 2006 to 2011. As the first African American at the helm, he left an indelible mark on the paper and Charlotte in general.

"The city at large views these papers as 'white' papers — papers for telling the adventures of white people. That's what I used to say all the time," he said. Anytime an editor comes in and tries to diversify the coverage, it's seen as an aberration, he continued.

I worked with Carlton during his entire stint as editor, and then some. In the summer of 2006, I came on as operations editor and maintained some form of that gig until 2013, when I was promoted to the top editor position myself. Like Carlton, I thought it was imperative we present a variety of voices, perspectives and experiences in the paper, especially as a biracial person and the first female editor in a very, very long time (the first person at CL's helm, albeit briefly, was a woman).

A couple of years later, I, too, left CL. Ironically, Carlton and I both now live in Georgia: he in Atlanta, me about two hours south. I spend my days freelancing for a handful of publications, including VICE's women-focused website Broadly. But Carlton? Something about the Loaf brand stayed with him, as he's now the editor in chief at Creative Loafing Atlanta.

Here are some snapshots from our conversation, edited for brevity and clarity.

On the struggle to diversify a publication

Carlton Hargro: I think a lot of people who work in journalism, who typically are white, there's a mission to diversify coverage in the paper. This is something they want to do. Even if they don't want to do it in their heart, they say it. Whenever you ask these newspapers, "Uh, we want more diversity, what are you doing for that?" Their response is, "That's always a goal of ours. We're trying. We're better than we used to be but we're not where we want to be." It's always loose-lip service.

These companies, as much as they say they want to do it, when they really see it, it's not what they expect. I have had many conversations with publishers over the years — with Creative Loafing — who've said, "Man, that's a lot of color in the paper." I've had people say that. Or they've lined them up and they've counted how many times we've put a person of color on the cover.

Kim Lawson: You've actually had a publisher do that?

CH: Oh yeah. They flipped through and said, "That's a lot of color," and my response was, "Right, isn't that great?" Because they don't want to come out and say what they're thinking. And then they try to link it with low return rates or sales — it's very anecdotal. There are no links: Some issues do well, some don't. But there's never an immediate agenda there.

KL: You know what's interesting is that when I was editor, I tried to be aware of putting more women on the cover and also people of color. But no one ever questioned me about that. And I wonder if it's because I'm half-white. Like, did I get a pass because my skin tone is lighter?

CH: Interesting. Yeah, well, I did not get a pass at all. [laughs] It was a battle. It was always a battle, to the point where I had to really make people feel like, "If I have a conversation with him about this, it's not going to be a nice situation." So they avoided it. And I think that worked for me, but at the same time ... people thought I was hard to work with or whatever. I was hard to work with — with that person, but I wanted to be because I wanted to let them know, hey man, Charlotte is changing, it is not a certain way. Just look how much different now, like, mentally, it is. It's a different city than when I first moved there.

KL: So, I remember once I was at this party, and this local promoter was there, and he found out I was the editor of Creative Loafing and he proceeded to tell me that Creative Loafing doesn't care about black people. And that really stayed with me because, for one, I got why he said that because we always needed to do better in covering issues that impact minorities. But at the same time, I was trying so hard to be aware of diversity in everything I was doing, whether it was the writing, the covers, the photography. It really made me feel defeated too, because there are so many other factors that work against you when you're trying to diversify your coverage, and people don't understand all those ins and outs. That conversation did, however, make me try harder to find writers of color to include in the paper. 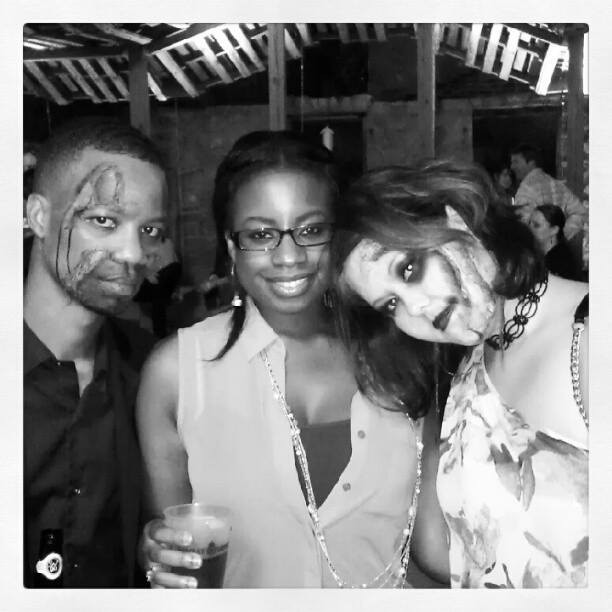 CH: Yeah, it's tough. I think the hardest part is the internal thing — dealing with management. But at the same time, someone's got to do it so that it doesn't look so weird the next time. It's changing the face of the publication over time.

On the struggle to hire more writers of color

CH: Here's the hard part about getting writers of color. Writing, as you know, is one of those things that, the more you do it, the better you get. Black writers have not historically had a chance to write for publications, or good publications. They don't get a chance to write a lot, so there's not a big body of really good ones who aren't already attached to [another publication].

KL: Right, and that's an institutional thing. You have to have someone who's willing to work with you in order to become better.

CH: Right, it's up to us as editors to invest that time.

KL: So, the girl who's doing CL's nightlife column right now, Aerin ... she was young and green when I met her. And really, her enthusiasm and excitement is what got me interested in working with her. I met with her, her personality was cool, and we worked together for a while. And now, Mark [Kemp, the current editor] messaged me the other day to tell me how fantastic she is. I think part of that is because I got to know her really well and invested a lot of time working with her and her writing.

CH: And that's hard to do, especially for us — we have challenges on us. We don't want to be the minority editor who comes in and fucks it up.

On the impact of having people of color in leadership roles

CH: As a person of color or a representative of a minority group, my rolodex is instantly going to be bigger than [a white editor's] at the end of the day. It's not an agenda; it's just an extension of my relationships in life anyway. I remember when I worked here years ago in Atlanta and there was an editor who was like, "We want to hire some black writers but we just don't know where to look." And I'm like, "I know a bunch of black writers, but they're people I know." It's an extension of being a black person.

KL: Yep. You know, one of the covers that you did that really stayed with me, as a Korean American ... was this NASCAR story. We put this Asian chick on the cover because she was really big into NASCAR.

KL: You don't even remember this, do you.

KL: [laughs] The story was about nonstereotypical NASCAR fans. And here was this Asian person who was so big on NASCAR. And I really loved that, partly because I could see a little bit of myself in her, and it blew my mind because she loved NASCAR. I don't know any Asian people who like NASCAR.

CH: Oh yeah, I do remember that. That's the other side of it. Sometimes there is an agenda, like, using the media as a way to broaden the idea of what it means to be a minority, instead of making it to be this eternal victim story, or these stories that are very stereotypical or assigned to those races. We know for a fact that people do not match up with the profiles that the world tries to put on us. We can use the paper as a way to bust that.

On what we both wish we'd done differently during our stints as editor.

KL: Now that I write for VICE, I wish I'd covered women's issues more during my time at Creative Loafing. I don't think I was aware until I left how important it was that I, as a woman, headed that paper. And especially considering what's happening on the national scene, Trump and everything, how important it is for women to be at the table.

CH: I could say the same thing to a certain degree as a black person.

For me, I never thought we covered the Latino community as much as we should have. And we never had enough strong Latino voices. And I wanted to cover them as much as we were covering everybody else. The issues around undocumented immigrants, of course, but also the parties, the food, the culture. And I definitely felt like we needed more queer voices too.

I wanted everybody to feel represented, and we definitely did not do that enough.