Dating with Disabilities Involves Misperceptions and Wrongful Assumptions | QC After Dark
Switch to the mobile version of this page. 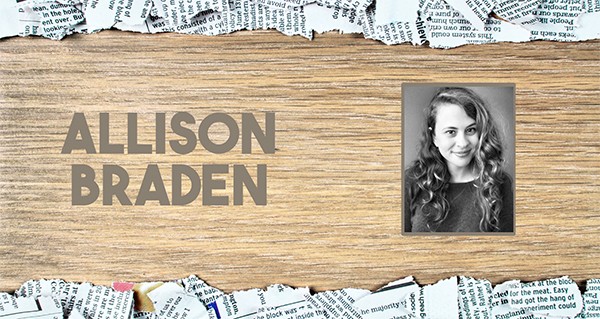 Myron, 28, has had the Tinder dating app on his phone off and on for the past two years.

A few months ago, he joined OkCupid, where he's had a little more luck. Recently, he matched with a girl who, early in their virtual conversation, said something like this:

"Before we go any further, I just want to get something out of the way."

Myron knew what was coming. He's had many conversations like this. Myron has cerebral palsy, which affects his motor function.

He says it's hard to describe how his daily life is affected because he's so used to it, like an article of clothing he doesn't even think about. But he does say it generally takes him longer to do things. He also uses a wheelchair.

So, he wasn't surprised when his OkCupid match asked, "Can you have sex?"

In fact, he was glad she asked.

Many people avoid having the conversation. Myron commended her for having the gumption to ask the question. He's always been open about answering others' questions, but even so, the exchange left him feeling awkward. Not because she asked or because of the topic, but because the question forced Myron to confront a stubborn reality of his dating life.

"Other people might have a problem with seeing me as sexual," he says. "Maybe my disability influences attractiveness."

But despite his disability and the way others see him, Myron has had a dating experience similar to most other 20-somethings: He's had crushes and desires, chemistry and missed signals.

Like everyone, he's had to adapt his sex life to his desires and capabilities, finding sex positions that work and grappling with self-consciousness and body-image issues.

Talking about his first sexual experience, Myron could be anyone on earth: "I didn't have any prior experiences that told me what to expect."

His sex education mirrored that of most other adolescent Americans: He hit puberty and figured it out, picking up on the way things worked from Robin Williams bits, movies and his friends and parents.

But despite these commonalities, Myron's is a "visible" disability, meaning that it's apparent to others. In his high school geometry class, a classmate asked whether he could feel when he peed.

Myron came right back with something to the effect of, "Can you?"

He's always preferred that people ask direct questions, because he was raised to be open to educating others about his disability. He's always wanted people to know that he and others like him are just like everyone else.

There's a false assumption that dating a person in a wheelchair or a person with a disability means that you'll have to provide care for that person, which is not the case. Myron hasn't had to grapple with this issue personally, but he says that people who require an aide or intensive day-to-day care work to keep romance and care separate.

Myron addresses another assumption, too: "Don't automatically assume that we can't have sex, because you would be assuming wrong."

"It's ok to be curious," he says. "I want people to always feel like they can ask a question."

Myron knows that asking can be uncomfortable. In fact, most of the time, when awkward questions arise, he doesn't feel any discomfort about the topic.

He's been answering questions his whole life. Instead, he feels awkward because he knows the other person is uncomfortable. That's how he felt when his OkCupid match quizzed him about his capabilities. After answering her questions, their conversation fizzled.

"I'm disheartened with how the experience on the dating sites has gone," he says. "I guess people are superficial."

But Myron hasn't given up yet. Like millions of other dating app users, he's going to keep swiping, with the hope that love—real, deep, curious, sexual, transcendent love—is just around the corner.

"I'm just going to continue being open," he says, "and we'll go from there."