Several years ago I lived a few blocks from the Elizabeth neighborhood and often walked my dog in Independence Park. He always stopped for a few laps of water at a stone fountain near the corner of 7th Street and Hawthorne Avenue. One day I noticed a plaque with a woman’s name on it and a few lines indicating she had died while trying to save a child sometime back in the early 1930s. I’ve asked a few people around town if they knew the story, but so far, no answers. Do you know any details? — Victoria Westbrook, Charlotte

The monument you’re referring to was constructed in late 1931 in Independence Park as a memorial for Lillian Arhelger, a teacher and physical education instructor at Charlotte’s old Central High School, now part of the Central Piedmont Community College's campus. 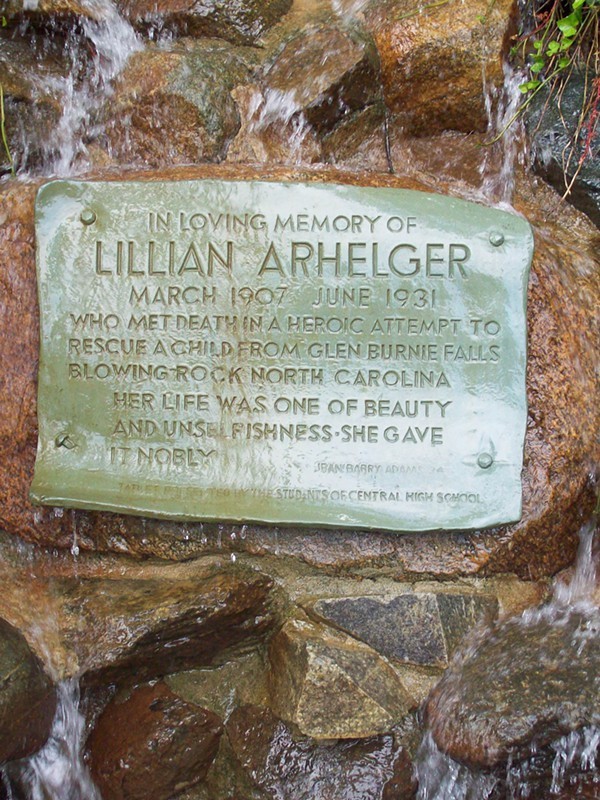 Arhelger’s story is a mix of heartbreaking heroism and horrifying tragedy. In short, she died while attempting to save a young girl from dying at Glen Burney Falls in Blowing Rock.

Arhelger was born sometime in March 1907 in Fredericksburg, Texas. After graduating from the University of Texas she came to Charlotte in early 1931 to join Central High's faculty. She was well-liked by the students and received substantial recognition for her brief but heartfelt work with girls’ sports and physical education programs.

It was during a Girl Scout outing on a trip to Blowing Rock that Arhelger would meet her early demise. She was only 21. 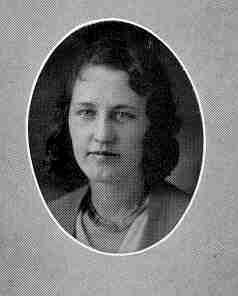 The date was June 21, 1931. Al Capone had just been indicted with more than 5,000 charges of prohibition violations and perjury, and the United States was in the middle of the Great Depression.

In Blowing Rock on that particular Sunday afternoon, Arhelger and the Myers Park troop in her charge from Charlotte had made a trek to nearby Glen Burney Falls to catch a glimpse of what has been described as one of the most beautiful cascading features in the state.

The group of about 15 children were predictably excited. During the rush of eager enthusiasm, one of the girls (identified in historic reports only as Virginia), lost her footing, slipped and was in imminent danger of going over the waterfall.

Arhelger quickly dove into the water in an attempt to prevent Virginia’s fall, but the efforts were futile. Both tumbled more than 60 feet to the bottom of the falls.

Virginia, it is noted, survived. Arhelger, however, suffered a much more grisly fate. In addition to severe cranial fractures, her skull was pierced by a rotting log; parts of it could be seen protruding from her nose and mouth.

An ambulance eventually arrived, taking Virginia and Arhelger to a nearby hospital. The beloved young school teacher, barely an adult herself, died the following day.

Students and faculty were so distraught by her death that they spent a month raising money to pay homage to Arhelger’s selfless bravery. They raised more than $1,000 (equivalent to $15,000 today) and hired noted landscape architect Helen Hodge to design the stone fountain, pool and gazebo you can still see today in Independence Park.

Moore is the author of “Charlotte: Murder, Mystery and Mayhem.” His writings have appeared in numerous publications throughout the U.S. and Canada.