The death of William “Larry” Major aka "Chilly Willy," well-known Charlotte alcoholic and homeless man, on Oct. 18 made me once again face up to a sobering fact, no pun intended.

I too am "Chilly Willy." 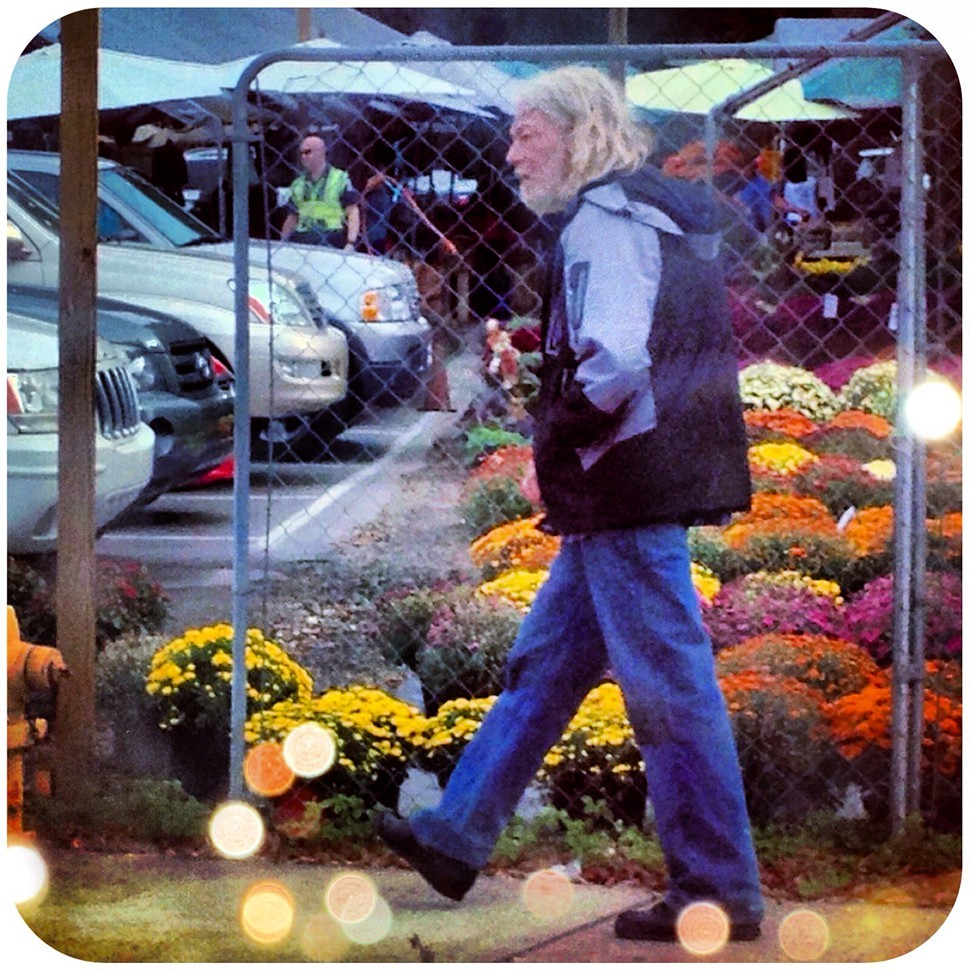 I was raised in Charlotte and lacked nothing growing up. Having gone off to college for further education, academically and socially, marriage was the next logical step. With a job secured in the family business, a new wife and soon two beautiful children, the future should have been bright. Alas we all have secrets and mine was that I could not go a day without drinking. I was an alcoholic. For the following eight years my world was in steady decline, first losing my job followed by my family. Before you could say Jack Daniels, I was homeless for what turned out to be a short time.

Major and I shared an inability to quit drinking, though my alcoholism has been in remission for almost nine years. Before that, I tried and tried and tried and swore to try again, but to no avail. Stopping drinking appeared hopeless. An alcoholic’s first thought in the morning is, when can the drinking begin, followed by how much money is there to drink with. Everything takes a backseat to the siren call of alcohol. There is a reason that this is a disease. It is baffling, cunning and powerful. Baffling because why shouldn't I be able to drink like everyone else? Cunning because self-control can work for awhile - life can improve - but all can be lost again just with one drink, descending the drinker to an even lower level. Powerful in that drinking becomes more important than anything. I could live without family, friends or even hope. I could not live without alcohol.

The alcoholic/addict is not the only person affected. Addiction puts a terrible burden on family, friends and society. DWI’s, deadly wrecks, abused spouses and children, broken homes and missed work are a few ways the disease manifests itself.

An alcoholic’s existence is one of day-to-day misery with the primary need of drink or drug demanding to be met mentally and physically. The shame inflicted on oneself and the embarrassment caused to family and friends is soul crushing. Accentuating the misery is society’s still archaic perception that addiction is a moral weakness. But that we alcoholics and addicts “choose” to drink and drug is simply not true. I never met a single person when I was drinking, or in my several bouts of rehab, nor in my years in a recovery program, that chose the addiction lifestyle. Who chooses hell?

Larry once asked an acquaintance of mine to enter a restaurant to buy him a grilled chicken salad. He was not allowed to go in, and he wanted something healthy to eat. Imagine, for just a minute, being barred from entering a public space because of who you are. Hell.

Another trait Major and I had in common was we wanted to overcome the obsession and stop drinking. I was in and out of four rehab facilities and a 12-step program several times while Major several months ago entered Moore Place, a sort of halfway house for the homeless. After 25 years, he left the streets behind.

According to a local social worker, after Larry experienced having his own place, his outlook on life seemed to change. The pride of having his very own key, and thus his own safe place to hide away from the world, softened the sharp edges of his world. It is that kindling of the spark of human dignity that is charity’s redeemer.

So why am I alive and Major isn’t? I cannot tell you except to impart the old saying, but for the grace of God go I. Having been offered help many times, I’d burned most all of my bridges when the chance to enter an experimental relapse medication program at the Medical University of South Carolina in Charleston arose. The only catch was making the three-hour drive south, quite a task for an alcoholic at the bottom.

I had been staying with the only person who would put me up, a friend who drank like me. When the morning came for me to head off to the university, my friend gave me $20 for the gas I'd need to complete my journey. If not for that $20, I never would have made it to Charleston and, eventually, to sobriety. I found out recently that the friend who loaned me the money died a year ago. Hearing that news overwhelmed me with sadness, a feeling akin to losing a comrade.

William “Larry” Major, I will mourn your death as well as my friend’s and keep memories of both of you close. I will continue to hope that society gains greater knowledge of this deadly disease. I also will say a prayer for those who still suffer from the pain of alcoholism and addiction, knowing that I am but one drink away from joining them.