On my lunch break I've been taking walks around Elmwood Cemetery in uptown - it's just a couple of blocks from Gateway Village, where I work. At the far end I've noticed there's a large area with very few headstones and a large green field. Are there very many people buried there? - Olympia Davis, Charlotte transplant via Queens, N.Y.

Although the entire cemetery, located at 600 E. Fourth St., is collectively referred to as Elmwood, you're actually walking through the grounds of three cemeteries, all with their own, different histories. 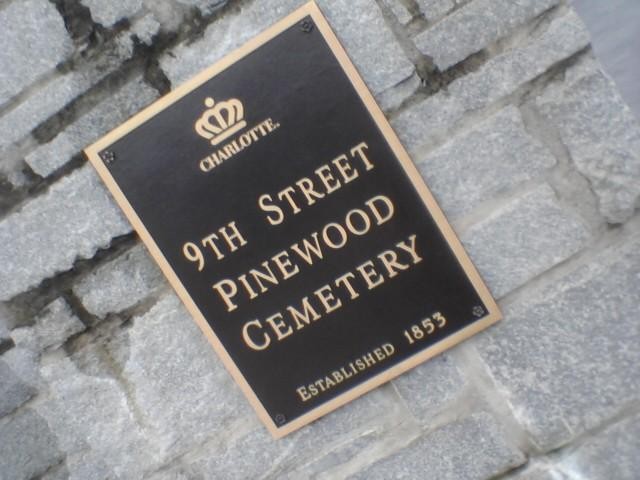 The grounds you're referring to are Pinewood and Potter's.

According to a report by the Charlotte-Mecklenburg Historic Landmarks Commission, the first burial took place in Elmwood in 1855. The majority of plots, however, did not begin to really sell until after the Civil War. More acreage would be added as the 19th century came to a close. By 1947, all of the plots in both Pinewood and Elmwood had been sold.

Clearly, Pinewood is far less ostentatious than Elmwood. Tall tombstones and intricately sculpted mausoleums constructed by many of the city's privileged and well-to-do whites were out of financial reach for the city's black community. In the late 1800s, there were no paved roadways and African Americans were only allowed access to the grounds through the Ninth Street entrance.

Despite the already obvious segregation, advances in civil rights for blacks in the 20th century led to unfounded fear and apprehension by the city's white citizenry, which resulted in the installation of a fence preventing non-whites from crossing into Elmwood and a "No Trespassing" sign warning of potential consequences, should the boundary be breached.

The sign was eventually removed after the city voted against discrimination in the sale of burial plots. But the fence would remain in place until the late 1960s. Charlotte's first black city councilman, Fred Alexander, led the fight to have it removed. Although city council was deadlocked over the action, the mayor at the time, Stan Brookshire, broke the tie with his vote and the fence finally came down in January 1969.

Literally thousands of people are buried in Potter's Field and Pinewood with no markers to indicate their presence. During the late 19th and early 20th centuries, many African Americans would use hand-carved stones or wooden crosses to commemorate the place where a deceased loved one was laid to rest.

Over time, the wooden crosses would fall prey to the elements, and many of the hand-carved stones were destroyed by vandals.

There are, however, still some examples of striking funerary art to be found in Pinewood. Among them are two crypts that stand - one for the city's first black architect, W.W. Smith, and another for a family identified only as Jones. There is little historical information about the family, though both crypts bear a striking resemblance to one another and to the multi-colored brick architectural style of Smith. So it is likely he designed both. Also to be found - another captivating work of art - is an ethereal moss-covered monument marking the burial spot of a woman identified as Amelia Duncan. 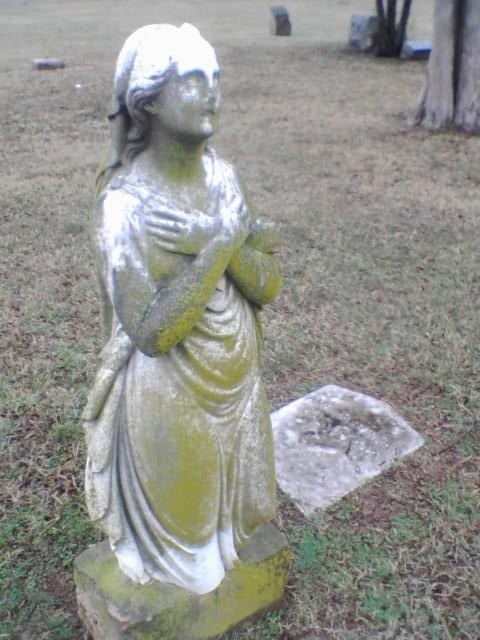 Perhaps the most emotionally moving of all the grave markers in all of the cemeteries is that of a man identified as George Miller. A portion of his life story is spelled out on the headstone, indicating that he started out life as the slave of a white Charlotte businessman but stayed on as a "loyal and faithful servant" until the end of his life in 1925. The son of the businessman had the marker erected, forever leaving behind a testament to the bond his father and Miller apparently shared.