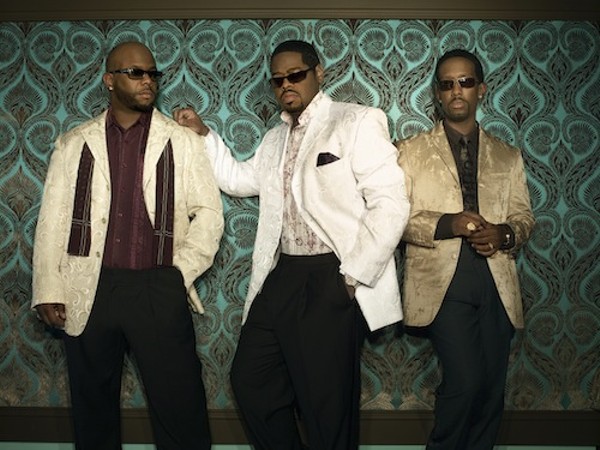 When organizers are planning charitable events, they want you to break out your checkbook and support their cause. And sometimes they offer you an incredible experience for your money. That’s the case with Lake, Land & Lyrics, which takes place Saturday, July 23 at Queen’s Landing on Lake Norman.

The event is a fundraiser for Autism Services of Mecklenburg County, which supports adults and children with autism, traumatic brain injury, and other developmental disabilities. In an effort to raise $250,000, this jam-packed evening features three dinner options (two dinner cruises on the lake and one dinner on land), the Brentson A. Buckner Celebrity Poker Tournament, a concert at the outdoor amphitheater featuring Boyz II Men and Jim Quick & Coastline, and several celebrity guest appearances. Packages range from $100-$400 and each of the festivities features an open bar. Visit www.lakelandandlyrics.org for details.

With Boyz II Men headlining this event, we caught up with group member Shawn Stockman. Younger audiences might recognize him more as a judge for NBC’s The Sing-Off, but most of us adults know him as one-fourth of the most successful R&B group of all time, whom many of us grew up listening to, danced to at proms, and may have even tried to dress like in the early-90s (ahem, the buttoned-down shirt, tie, and jean shorts).

What can fans expect from the Boyz II Men concert on July 23?

The fans can expect that we’ll bring 100 percent as we always do. We bring a ton of energy and a ton of enthusiasm, and all of the hits.

Do you tailor your song selections to the audience you anticipate attending your shows?

Our song catalog is universal. We do mix it up, but we make sure to play all of the hits and some covers as well. We play a little bit of everything. We really like to put on an all-inclusive show.

Which songs seem to be the most popular?

We’ve had a number of songs that have really resonated with people. They probably know us best for songs like “End of the Road,” “On Bended Knee,” and “I’ll Make Love to You.”

This year marked 20 years since the release of your debut album, Cooleyhighharmony. How have you grown from boys to men?

I wouldn't say that our sound has changed over the past 20 years, but I would say that we have. We are older now, more mature with families and different views on life. That was a really exciting time for us — it was thrilling to be recording our first album and to be working as a group to create something great.

The sad truth is that not many artists are creating great R&B records anymore, and if they are those are the songs that the labels are weeding out in the album finalization process in fear of the sound being dated. While many artists have their fans grow old with them, our fans grow old but they also pass our music down to their children, which allows our fan base to skew much younger than one would think. Given the fact that the sound of music has changed so much over the past 20 years, introducing our music to younger fans is almost like introducing a brand-new style of music.

Why do you think there are so few R&B groups (compared to solo artists) in music today?

We’re lucky enough to have incredible chemistry and we never lose sight of the fact that we’re a team. It’s easy to let disputes and drama and egos come between you as a group, which is why a lot of people go solo. But we still know why we do it — and that’s because we truly love it. That is the key to being here 20 years. Things have not been 100-percent great for 20 years, but we know that is how life is. We were taught early to prepare for the down times because they always come, and because of that we’ve known what to expect.

You all released a statement last year informing fans that Michael McCary, who’d been on hiatus for several years, wouldn’t be returning to the group. Have there been any new developments?

As always, we wish Michael nothing but the best. Who knows what the future holds, but as it stands, there are no developments to report.

Congratulations on the recent announcement that Boyz II Men will receive a star on the Hollywood Walk of Fame.

Thank you. It’s a wonderful honor. It’s an incredible validation of all the time and passion and love that we’ve been putting into this for two decades. We’re proud of all that we’ve done — and we would be regardless — but to have our own star on the Walk of Fame is truly amazing.

What new material or projects are you all working on?

We’re releasing an all-new album this fall and I can tell you this: the fans won’t be disappointed. We’re truly excited about this. We’re back in the studio with many of the guys who’ve given us some of our biggest records as well as some new, younger producers. So it will be classic Boyz II Men with a twist.