Actor's Theatre's 'American Idiot' is a Rockin' Labor of Love 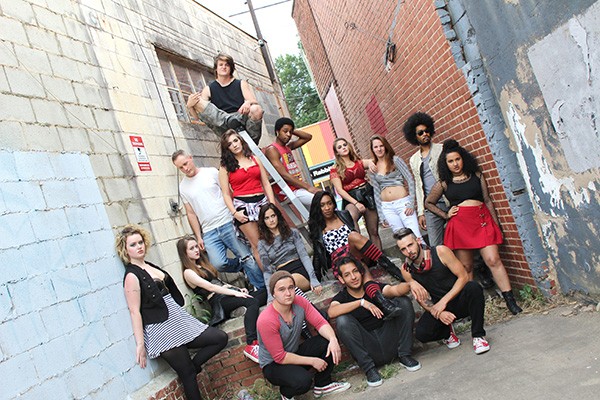 Anger, alienation, disillusionment and frustration were all part of the high-octane fuel that powered Green Day's punk rock opera American Idiot in 2004. The group's first post-9/11 record struck a chord, winning awards on both sides of the Atlantic, including a Grammy for Best Rock Album. The targets of the group's wrath — media, suburbia, Bush-era militarism, and ubiquitous TV — remained fresh enough for Green Day lead singer Billie Joe Armstrong and stage director Michael Mayer to transform the celebrated album into a Broadway musical in 2010.

Actor's Theatre of Charlotte, which starts its second consecutive season in exile from its planned and purchased permanent home on Freedom Drive, has a bit of pent-up anger, frustration and disillusionment of its own. Still tangled up in a red-tape mess of zoning, safety, and building regulations — on an existing building, mind you — the local theater group may be wrapping all of that into its production of American Idiot.

The Charlotte premiere opens in previews Thursday, September 21, at Hadley Theater on the Queens University campus. Official opening night is the following Wednesday.

ATC artistic director Chip Decker not only empathizes with the angst in American Idiot, but he also gets the band.

"I have loved Green Day's music since the [1991] album Kerplunk," Decker boasts. "American Idiot dropped in 2004, and I could not listen to it enough. I think we were all reeling still from 9/11 — the wars, etc. — and this album gave a release valve to many who were angry, scared, lost, disillusioned and looking for hope in a difficult time."

Leading men Matt Carlson and Jeremy DeCarlos say they feel similarly deeply about the music. You can gauge their respective ages by when they climbed aboard the Green Day bandwagon. Carlson, who plays Johnny, the Jesus of Suburbia hero from the album, says he latched onto American Idiot when he was about 14, and it was the first album he learned to play on guitar from beginning to end. 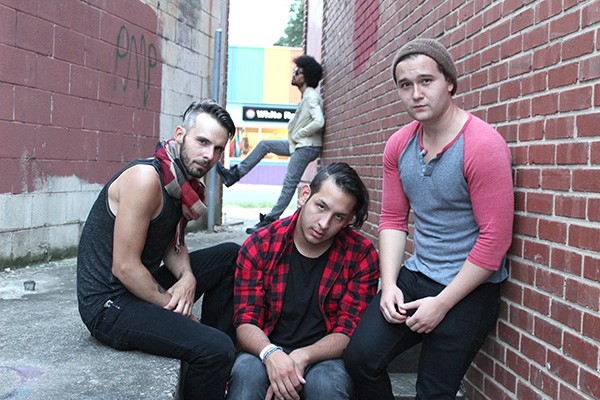 DeCarlos, a mainstay in the finest Actor's Theatre productions since 2004 — both on the stage or thrashing his guitar — plays Johnny's alter ego, St. Jimmy, leading the suburban Jesus into citified debaucheries. DeCarlos says he got the Green Day bug during the summer of 1994, when "Basket Case" was a hit off the band's breakthrough album Dookie.

"I felt like Billie Joe wasn't just singing to me, but as me, in a way," DeCarlos remembers. "I ran out and bought the album and wore a hole in it. When my mother presented me with my first guitar, I told myself that if I ever learned how to play one song on it, it would be Green Day's 'Good Riddance (Time of Your Life).' It took me roughly a month, but the first song I ever learned on guitar was a Green Day song."

So how does a punk rock opera with three characters become a musical that can fill a Broadway stage? Armstrong and Mayer added new characters and Green Day added more music, conveniently ripped from 21st Century Breakdown, the follow-up to American Idiot.

In the stage version of the piece, instead of one disgruntled Jesus itching to escape suburbia, there are three — Johnny, Will and Tunny — along with three women. Johnny and Tunny escape, respectively, to the wicked city and the U.S. Army, but Will won't. He dutifully stays behind when he learns that Heather (the only woman in the show with a name) is pregnant with his child. So, we get three depressing outcomes to wail about.

"The book is wafer-thin, single-ply, generic, toilet-paper thin," Decker admits, "but I feel like that was a very intentional choice. I was able to find my own voice and feelings in the album, and I think that is what the story lines do in this. They present a thought and feeling, but do not try and insist that the viewer or listener accept that view as the truth."

Just because Carlson reveres the music doesn't mean he worships the suburban Jesus he's delivering to us as the leading man. Carlson describes Johnny as something of a jerk, and he isn't sure we'll like him. "He is the edgy, cocky punk guy you knew in high school who never did anything with his life," Carlson says.

But the music? That draws a different reaction from the young actor and rocker. Like many of Green Day's faithful, Carlson was a bit leery and disappointed when he first heard that the punk band was taking their act to Broadway. It had to be an artistic sellout, right?

When Carlson eventually encountered the final product, though, he was pleasantly surprised.

"The American Idiot album is so different versus the stage score," Carlson says. "I love the simple punk rock of the album, but maybe because I'm into musical theater, I like the stage version even better. On stage, the concept album is made more complete with the play script and music."

There's more music in the musical, but all of it remains generally stripped down and fueled by guitar, bass and drums. Instead of muscling up with strings, winds and brass, Broadway orchestrator and arranger Tom Kitt beefed up the sound with more voices and harmonies.

For example, you'll hear a pronounced difference between the Broadway cast version of "Give Me Novacaine," and the one on the original Green Day album. The lyrics come through just a tad more clearly, as if we're in a theater rather than club. The sound of the steel guitar is noticeably richer, with a more relaxed Hawaiian flavor. And at the onset of the thrashing section, the crescendo is more dramatic, the drums louder and added male voices yield an anthemic thrust. Reaching the soothing outro, a group of female backups caress the ears.

But hold on: The prospect of seeing Actor's Theatre musical director Ryan Stamey lead a Broadway-sized band into Hadley Theater isn't any more likely than the possibility we'll see more than three dozen flat-screen TV monitors stuck up on the back wall, as we would in the Broadway version of American Idiot. A violin and cello are promised, but the instrumental congregation will be trimmed from eight to five, a definite U-turn back to true punk-rock intimacy. And we'll see two guitars, just like on Broadway.

Decker has been known to strap on a bass guitar himself, and he often lurks in the wings as a sound designer when he isn't acting or directing. One of the most admirable Actor's Theatre achievements over the years has been its ability to deliver the youthful energy of such high-voltage musicals as Hedwig and Rock of Ages without repulsing graying subscribers who prefer decibel levels below triple digits.

"You know, this is always a tough balancing act," Decker says. "Because our bands are legit power musicians who want everything to go to 11. But there is so much story in the lyrics of musicals, that if you can't hear the words, you don't know the story. So yeah, keeping it balanced and rocking is the challenge.

"Our cast is doing a great job telling their story, and I think people will dig it," he adds. "Or you can just go and rock the fuck out. Either way, your face will be melted."