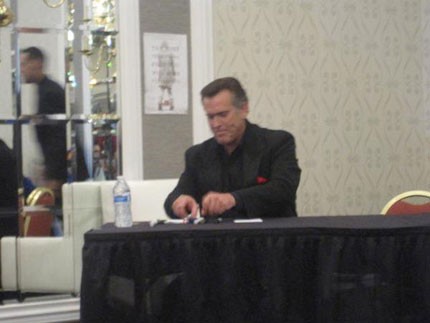 Yeah, yeah, we know that numerous shows and movies are filmed here in the Queen City (with Homeland garnering the most ink), but how can any multi-million-dollar production compare to the priceless, peerless Bruce Campbell? The Evil Dead star and cult figure was on hand for the second annual Mad Monster Party - signing autographs, of course, but also holding a standing-room-only Q&A session in which he dropped an avalanche of witticisms. His star shone so bright that, during an autograph session, fellow thespian Gary Busey shimmied up to him in an attempt to snag some of that spotlight. www.themadmonsterparty.com