Capsule reviews of films playing the week of Jan. 19 | Film Clips | Creative Loafing Charlotte
Switch to the mobile version of this page.

Capsule reviews of films playing the week of Jan. 19 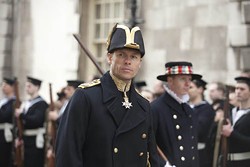 BLACK SWAN Darren Aronofsky's Black Swan is a messy masterpiece. Like Apocalypse Now, Eraserhead and Aronofsky's own Requiem for a Dream, it's one of those films that will force viewers to either reject it outright or allow it to burrow into the brain and remain there for days, weeks, months on end. It's a character study writ large, a juicy melodrama operating at a fever pitch. At its center is Natalie Portman in an astonishing performance as Nina Sayers, a ballerina whose director (Vincent Cassel) casts her in the lead role of his production of Swan Lake. But in true All About Eve fashion, just as she replaced an aging star (a knockout bit by Winona Ryder), she fears being usurped by a sexy newcomer (Mila Kunis). Meanwhile, the home situation is equally strained, given the fanatical devotion of her mother (an excellent Barbara Hershey). Is Nina strong enough to withstand myriad challenges, or is she on the verge of cracking up? The answers are there, but the film is complex enough to leave wiggle room for any theories. Examining the process of suffering for one's art in a strikingly unique manner, this psychosexual thriller is by turns frightening, sensual, humorous and tragic. It's a galvanizing picture that's simultaneously elegant and coarse — like its protagonist, it manages to float like a butterfly and sting like a bee. ****

BURLESQUE Sorry, camp-classic aficionados: Burlesque is no Showgirls or Staying Alive. Certainly, the film contains some risible moments, but nothing wretched enough to plunge it into the bowels of bad cinema. Ultimately, it's too competently made to be a genuine stinker yet too indebted to hoary show biz clichés to come close to succeeding. Cher, her face as immobile as a kabuki mask (and far less expressive), receives top billing but actually plays second fiddle to Christina Aguilera; the latter is just OK as Ali, who leaves her podunk Iowa town in the hopes of making it in LA. It's not long before she stumbles across an intriguing nightclub called Burlesque. From there, everything proceeds according to formulaic plan: She snags a job at the joint waiting tables, wins the grudging respect of club owner Tess (Cher) and Tess' gay BFF (film MVP Stanley Tucci), lands a hottie boyfriend (Cam Gigandet), clashes with the venue's bitchy star (a miscast Kristen Bell, whose vamp is about as toothless as a newborn baby), and — you go, girl! — gets that big break that turns her into an overnight sensation. About the only thing missing is someone barking, "You're going out a youngster, but you've got to come back a star!" ... although I can't guarantee that wasn't in an earlier draft of the script. **

CASINO JACK 2010 saw the release of an informative and entertaining movie about Jack Abramoff, the powerful right-wing lobbyist who ended up behind bars for bribing public officials and swindling Native American tribes. Unfortunately for the makers of the feature film Casino Jack, that would be Alex Gibney's documentary Casino Jack and the United States of Money. Abramoff is a hideous human being, but with this Casino Jack, star Kevin Spacey, writer Norman Snider and the late director George Hickenlooper make the mistake of attempting to humanize this Washington weasel by adding self-righteous monologues, unconvincing moments of introspection and an it's-all-the-system's-fault! approach. Yet the film's biggest fault is that it tackles the whole sordid affair like a comedy. A surreal satire that accentuates the absurd might have worked (think Robert Altman or Blake Edwards), but Hickenlooper adopts a loud, jokey approach that often relies on buffoonish performances, a slapstick pace, and too much attention paid to Abramoff's fondness for mimicry. Yet given the real-life tragedies instigated by Abramoff and his Republican buddies like Tom DeLay, Ralph Reed and George W. Bush (who claimed not to even know Abramoff after the scandals broke), I doubt many people will be laughing. **

THE CHRONICLES OF NARNIA: THE VOYAGE OF THE DAWN TREADER On the sliding scale of Narnia adaptations, 2008's Prince Caspian was slightly better than 2005's The Lion, the Witch and the Wardrobe, but any hope for continued ascendancy in this franchise ends with The Voyage of the Dawn Treader. A costly tentpole that switched studios midstream, the Narnia series (based, of course, on C.S. Lewis' books) has always come across as timid fantasy fare, squeezing out all the danger and intrigue inherent in the Harry Potter and Lord of the Rings film cycles. Such an overly cautious approach especially nullifies the content of this torpid installment and renders it toothless — just the opposite of what we should expect from a series featuring a lion as its most powerful character. The protagonists — returning siblings Lucy and Edmund Pevensie (Georgie Henley and Skandar Keynes) and obnoxious newcomer Eustace (Will Poulter) — are bruisingly boring (paging the Potter kids!), and their adventures aboard the title seafaring vessel are only slightly less moldy than their skirmishes on land. Forget the Titanic: The Dawn Treader is the real sinking ship. *1/2