Including a spotlight on DJ Yasmin Young

We don't need to tell you how important the DJ is for a good time. Here are some of the best scheduled in the booth this week. 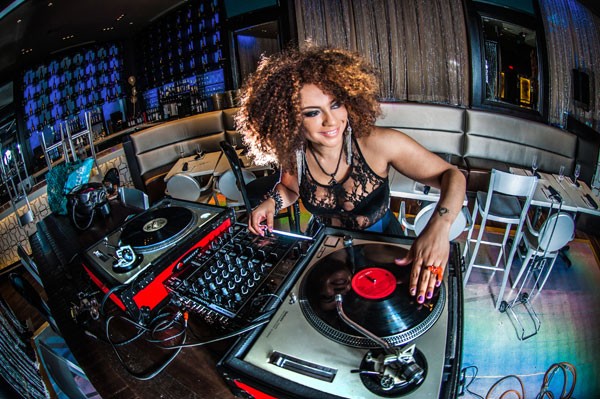 Formerly Known As: DJ Storm, when she lived in Florida.

Cool Points because: She's one of only a handful of female DJs in Charlotte.

More Cool Points Because: She owns her own equipment, including a bag with every possible cord she might need. "[Male DJs or club managers] automatically assume that I don't know the technical part of it, just because of maybe the way I look, or maybe they have encountered female DJs before who don't know the difference between an XLR and an RCA or a quarter-inch and an eighth-inch and male, female, all these things that you have to know. I know how to set up my own equipment. Trust me, I do this all the time."

Biggest Party Pet Peeve: Women who take their shoes off in the club. "I can't do that. I'm like, 'Do you know the last time they cleaned the carpet in this club?' It's probably been 10 years — and they've only been open eight, so just imagine where they got this carpet from."

Advice For Partiers: "Just be prepared to have fun. Don't bring any drama from your city, don't come here looking for trouble or looking for issues because then it messes it up for everybody."

DJ Jazzy Jeff — Ask your average cat, and he/she will undoubtedly know Jazzy Jeff as Will Smith's running buddy on hip-hop records and hip-hop flavored TV shows. Of course, true heads know Jeff as one of the world's best producers and party rockers, mixing current hits and classics of the past with ease.

Biz Markie — Like Jeff, Biz Markie gained mainstream fame back in the day as a hip-hop artist — particularly for singing the hook on his legendary hit, "Just a Friend." Off-key crooning aside, Biz is a beast on the turntables, known for dropping the most delectable breaks and off-the-wall stuff like TV theme songs and more. 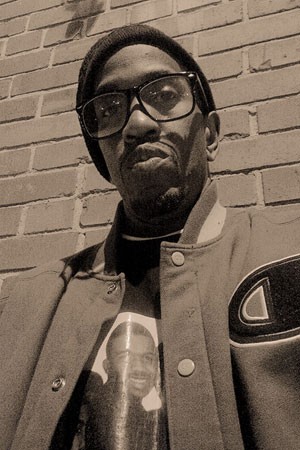 DJ Justice — Another Charlotte resident, DJ Justice has been building a reputation for being a stick-to-his-guns purist who curates soundscapes built on hard-to-find gems and B-sides. While he's working the ones and twos, keep your ears peeled for soul, hip-hop, Afrobeat, Latin and more goodies.

DJ Bro-Rabb — Straight outta the Raleigh area, DJ Bro-Rabb has worked the wheels for some notoriously dope times at the weekly nightlife event Pop Life, among other shindigs. When he hits town again during the tournament week, expect to hear dance floor classics of all genres and rare tracks that other jocks are too scared to spin.

DJ Skillz ­— Confidence is key to any great spinner of tunes, and DJ Skillz, who tags himself "the Great American DJ" certainly has his fair share. Rightfully so, as he'll be showcasing his, uh, skills as the official resident DJ for the CIAA during the tournament and at the Toyota Fan Experience.

DJ DR — Charlotte audiences know and love the man known as DR. He's one of the few DJs in the city who can make even the most ratchet tracks sound like masterpieces, mixing and re-mixing songs on the fly. He's also a renowned producer who creates beats for a whole new generation of true MCs.