Getting to know trans people at work

When Lara Americo was interviewed for Creative Loafing's cover story in last year's Pride Issue, she discussed her disappointment at the fact that Charlotte wasn't able to pass a nondiscrimination ordinance in 2015. 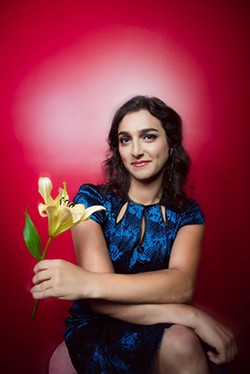 "As a trans person, I just want to be normal. I don't really like all the attention that trans people get. I just want us to be normal people, using the bathroom and buying clothes, whether we pass or not," she said. "I hope one day in my lifetime I can experience that, even if I'm old and gray."

A lot has happened since we spoke with Americo last August. Charlotte did pass that nondiscrimination ordinance in 2016, quickly followed by the state legislature overriding it with House Bill 2, the now infamous law that has cost the state millions and pushed us into the national spotlight for all the wrong reasons.

Americo has played a large role — sometimes reluctantly — in fighting to have HB2 repealed, from participating in protests to appearing alongside city leaders in press conferences calling for state lawmakers to rethink their hastily made decisions.

In the meantime, however, she has continued to make music and art, expanding her portfolio with a newfound passion for photography. As a contributor for Creative Loafing, she has written essays, shot photos and filmed video over the last year.

Most recently, she's been working on a photo series titled Trans and Queer In the Workplace. Inspired by the San Francisco LGBT Center's #TransAtWork campaign and the popular Humans of New York website, the series spotlights Charlotte's trans and gender non-conforming community, photographing individuals in their work environment and quoting their thoughts on their work experiences.

Creative Loafing will print one of the photos, 10 in total, every other week in the coming months. This week, we spoke with Americo about what she hopes to accomplish with Trans and Queer at the Workplace.

Creative Loafing: What made you want to start this project?

Lara Americo: There is a campaign that [the San Francisco LGBT Center] is doing, they use hashtags: #HireTrans and #TransAtWork. They've done video projects and photo protects that are kind of similar to this but not as much like Humans of New York. So I thought it would be cool to have the quotes and everything with the picture to get a feel of what the person is like and why I think their work is important to the community.

[#TransAtWork] does longer interviews and videos. I liked the Humans of New York idea because sometimes you can get a lot from just one small quote from someone. Not everyone is going to read a whole interview.

What's the purpose of the project?

The purpose of the project is to show employers that trans people are great to have in the workplace. When a trans person applies for work, sometimes they don't appear to be the gender that they identify as. Employers tend to ignore them or let them go. And there are trans people who are fired when they come out as transgender. This is to put a human face on an issue that's national and worldwide in the workplace.

What do you hope people take out of this?

It's similar to singing. A singer has to be confident or else it's going to show in their voice. When a trans person goes in to get a job, they have to be confident in themselves when they're applying and interviewing. A lot of times trans people hear all these stories about other trans people being fired or not being able to find work and getting into sex work — there's not anything wrong with that but not everyone wants to do that — and sadly some people are forced into it. Seeing other trans people in the community that are doing great things and being successful as themselves, it proves to other trans people that they can do it, too.

How do you choose your subjects?

Some are friends and some are people that I've just seen in passing whom I know of that are successful in the community and doing what they love to do. Some are pediatricians and some are farmers and everything in between.

Are people reluctant to participate?

Sadly, yes. There were some people who aren't out at work and they don't want their coworkers to know that they're trans. They'll go to work being the gender they were born as or not trying to fit the binary that society forces them to and as soon as they leave work they're themselves again, and they have to do it to keep their jobs, unfortunately.

Ashley Williams, whom we featured this month, identifies as trans non-binary. How important was it for you to cover all aspects of the wide spectrum of trans folks?

I want to include not just trans people fitting a binary, but also gender non-conforming people. Ashley uses they/them/their pronouns so I thought they would be important, also for the work they do in the trans and queer community. 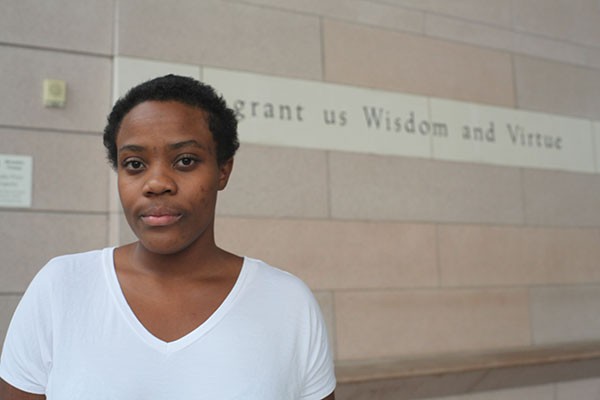 Do you hope this series will reach and affect more than just employers?

I try to take pictures of each subject in an environment where they're out in the open and being themselves to show that they're part of the community that we all live in, and the job title and the work that they do is only a part of that because even when they're off work they're still a part of our community. Hopefully people will see that these are just human beings just like their sisters and brothers and friends.

Last year you told us you hope trans people can be treated as normal "before I'm old and gray." Compared to that time, do you feel like we're further or closer to that being a reality?

In some ways, we're closer but in other ways we're further. The people who don't understand trans issue and don't include trans people in their circles, they fight harder against trans people now, and there's the opposite as well; people who support trans and LGBT people, they're more supportive of trans issues and are more outspoken now.

I try to be optimistic about all the issues that have come up recently, and I hope that maybe a year from now people will be more aware of trans people and more accepting and we will be closer to having trans people just being people. It's really not that big of a deal. Trying to fit the binary is just a ridiculous notion anyway, because there are so many ways to express your gender that don't fit the binary. I hope I'm not so old and gray when these things happen.

You also told us during the conversation last August that stopping mixed martial arts (MMA) was like a last step in your transition. Has photography helped fill that void?

Has working on this project affected you in ways you didn't foresee?

It's hard to find subjects that I can work with because I sort of fall in love with them when they're in the frame of camera. I look into their eyes while they're standing there and I notice things about them that they probably wouldn't notice about themselves while we're standing there. There's this metaphysical bond that happens between me and that person — where I just love that person so much and I want to try to express that as much as I can during that little moment in time. My ultimate goal is for someone else to experience that by looking at the photo.

Slideshow Trans & Queer in the Workplace 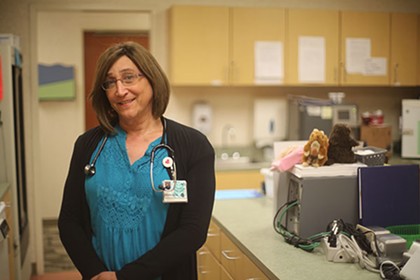 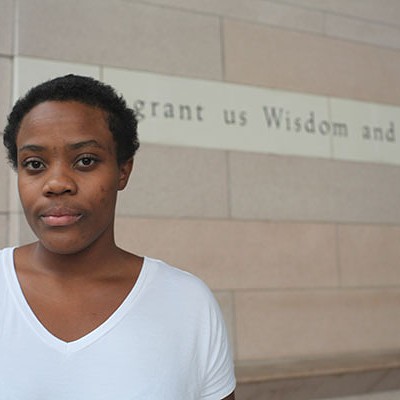 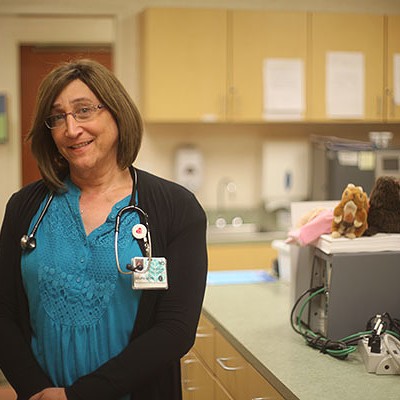 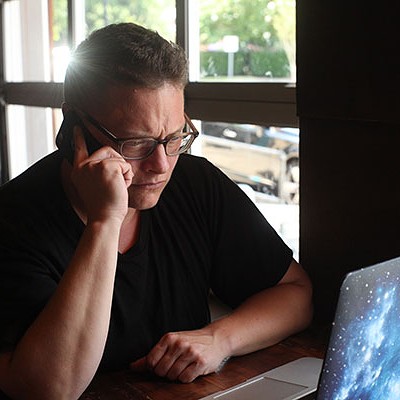