Longtime company performs and gets the spotlight in new exhibit

Being a ballerina was never my dream. But had it been, I'd like to think that the opportunity to put on a pair of pointe shoes would have been there — whether I could properly fill them or not is another matter. That's where Dance Theatre of Harlem comes in.

The company comes to Charlotte Jan. 22-24 to perform at Knight Theater and it's also the focus of a five-month long exhibition, Dance Theatre of Harlem: 40 Years of Firsts at Harvey B. Gantt Center for African-American Arts + Culture. Now in its 47th year of existence, DTH gives dancers a platform for turning their dreams into realities. 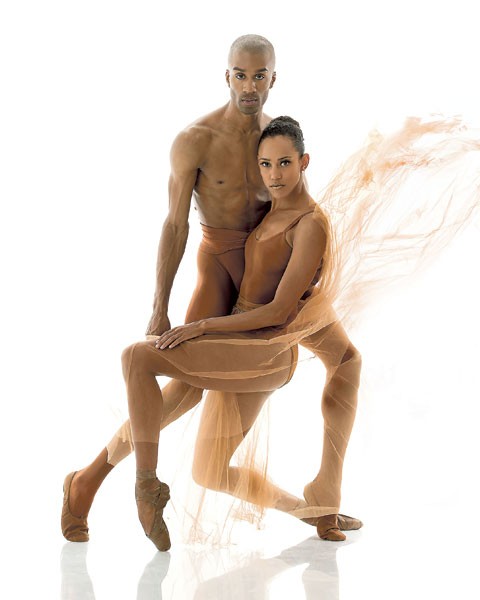 Formed in 1969, during the precarious Civil Rights era and after the assassination of Dr. Martin Luther King, Jr., the ballet company and school was launched by Arthur Mitchell and Karel Shook in the basement of a church in Harlem, New York. The company later made its official debut performance in New York City at the Guggenheim Museum in 1971.

Initially, the company provided much-needed opportunities to African-American dancers who weren't getting them elsewhere. It was an outlet for dancing and learning via instructors who treated aspiring dancers as equals and, most importantly, provided a space for stretching ones limbs and creating art through ballet.

DTH's main mission was to bring unity and diversity, rather than racial division, to the art form.

"It was the idea of showing what the platform could be, but it was also a company created to provide opportunity for dancers of color because besides Dance Theatre of Harlem, there were no African-Americans in any American ballet companies," DTH artistic director Virginia Johnson says. "He [Arthur Mitchell] wanted to really show people what — given the opportunity and access to the art form — was possible."

Also a founding member and former dancer with DTH, Johnson, came to the company as an aspiring ballerina who'd been told she couldn't do it.

Mitchell, who was already breaking ground on the performing arts terrain — he was the first African-American to be selected by legendary choreographer George Balanchine as a dancer for the New York City Ballet — wanted to give back and offer possibilities to other folks. For Johnson, who danced with the company for 27 years before leaving to pursue other interests and returning in 2010, this was a life game-changer. She's a proud supporter of the company's mission, which welcomes dancers of all kinds to the studio.

"It's very important to stress that Dance Theatre of Harlem was not about making a black ballet company, it was about providing opportunities to people who had not had the opportunities to perform the art form," Johnson says. "So from the very beginning the dance theatre has been a diverse ethnicity company. We're about showing that people — of all kinds, all backgrounds, all colors and all sizes — can be apart of this art form if they are given a chance."

She fondly recalls performances in A Streetcar Named Desire and Creole Giselle. In the exhibit at Gantt, there are images that recall the company's dramatically staged ballets, which also include Dougla and Firebird — the latter of which fits right in at Levine Center for the Arts, which has its own disco chicken across the street, outside of Bechtler Museum of Modern Art. 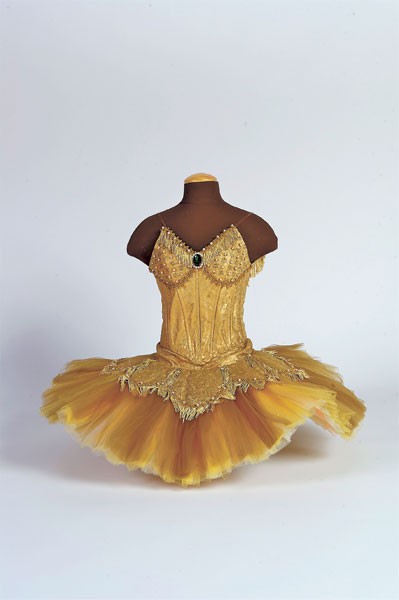 Tutus, tunics and feathery, sequined gowns and headdresses greet visitors who are given the chance to look at DTH through a nostalgic portal at Gantt. The exhibit tells the history of the ballet company and highlights its inspirational story through clothing, old photographs, show posters and programs, set pieces, artifacts and video excerpts.

Though the touring component of DTH was forced to go on hiatus from 2004-2012 due to financial difficulties, its reforming after 12 years of stagnation, has opened the doors to an even more responsive society in pursuit of their fruitful footwork.

Before reforming as a touring company, the group's 40 years of operations were celebrated through an exhibit compiled by the New York Public Library. Since then, the exhibition of the same name that's at Gantt, has been refined with additions and information being updated for the years following. One of it's biggest objectives is to highlight the company and its dancers who are being praised for their abilities to defy both gravity and stereotyping.

Through collaborations between Gantt Center, Wells Fargo and Blumenthal Performing Arts, Charlotteans are able to get a double dose of DTH. Folks who attend the live performances can bring their tickets stubs in for free admission to see the exhibition through June. The Gantt is also planning some special DTH-related events and outreach programs that will offer workshops and field trips for children in the community.

The organizations have also donated tickets for distribution to folks in the community who might not otherwise be able to attend due to cost factors. Tickets, which start at $19.50 and go up, are selling fast for the shows and part of that, aside from the company's reputation, is because this will be DTH's first time visiting the Q.C.

The dance troupe, comprised of 14 dancers, includes Jorge Villarini, 26. Originally from Puerto Rico, he moved to New York for school and later went on to tour with Martha Graham Dance Company, a contemporary dance troupe, before joining DTH a year and a half ago.

"I was attracted to the diversity of the repertoire," Villarini says. "We do a very versatile repertoire, everything from classical ballet to neoclassical works to contemporary dancing, so for me it was a way in which I could add range to my personal repertoire."

Without giving too much about the show away, Villarini describes some emotional elements of the program.

There are pieces that focus around the theme of love — the bitter and beautiful moments reminding viewers of its unstable nature.

Other dancers from across the states and abroad — including Brazil and Australia — make up the touring company, which thrives on diversity and the ability to use art to promote social justice and change.

"It's a reflection at how much we as a society and arts community have changed through time but it's also a reflection of how little we have changed in a way," Villarini says. "There is this responsibility that we have to carry this legacy, not only as dancers, but as members of Dance Theatre of Harlem and there's also the realization that there's way more to be done with our art form to be more inclusive and to present a vision of our society that reflects the world that we live in today."