A New Look at Life

In the midst of my recent interview with Belton Platt, subject of local author Pam Kelley's new book, Money Rock: A Family's Story of Cocaine, Race, and Ambition in the New South, I asked him what it was like to read over his own life story and see some of the forces that worked against him — both directly and indirectly.

Platt jumped up, excited, and told me that he had woken up early one morning with those exact thoughts on his mind. He retrieved his iPad, on which he had written a stream-of-consciousness mission statement for the work that lies ahead, inspired by the thoughts racing through his brain. 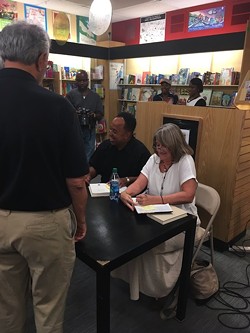 We must make this a movement — a black convicted felon and a white news reporter blind to social justice. Pam must tell the people her purpose for writing this book. I want to help poor black, white, Hispanic people break the cycle of destruction in their lives and communities through awareness.

I want to see the chains of racial injustice broken off the lives of African-American men and women and the Hispanic community and poor people. I want the world to see what created what we're all seeing. I want the truth to be known to white America that we introduced cocaine to our nation as a terrific new fad. We introduced it as harmless socializing. We introduced it as a drug of choice that was perfectly harmless. Presidents spoke out of ignorance. Articles were written about the elite and how it enhanced social life. It was the thing to do in Hollywood. Companies were allowed to put it in their products and get half the world addicted to their products.

Black men were used as the rich white folks' puppets to peddle their drugs in their communities. They introduced to them untold wealth and a way to escape poverty and pursue the American dream of riches and wealth. While black and Hispanic men were being locked up and the keys thrown away, the federal government was selling drugs in poor black neighborhoods through government-made kingpins to fund a secret war in South America. 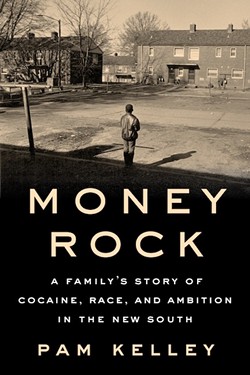 How does a little black boy's dream get turned around from being an attorney to a kingpin? How does the Life Scout son of one of the greatest community activists in the city of Charlotte become a drug dealer? These are the questions we need to answer. How does the middle class and the children of affluent families become alcoholic junkies or victims of violence and suicide? How do we address the senseless murders in our streets by angry black boys and cops? What is it going to take to wake us up?

People may look at how crazy I look when I took those guns to shoot the pastor, but that was the best, dumbest decision I ever made in my life. My life was never the same after that. For the first time in my life, I had found my answers to some of life's hardest questions.

Pam must tell the people how her eyes were opened and how now she feels she has to help open the eyes of the affluent to see the bigger picture of social justice and fight to do something about it. Now we have a generation of fatherless men who lost their fathers to a failed drug war that was designed to disenfranchise the African-American, Hispanic and poor white communities. What do we do to correct our mistakes of the past? What do we do to live up to our National Anthem and our very own Pledge of Allegiance as a nation? What do we do to stop the violence in our schools — not from deranged black boys, but from angry white kids that want to kill everyone in their schools?

What created this? What created the hatred of whites and blacks and Hispanics? How do we bring America together again? How do we stop the politics that have separated America for centuries? How are we going to truly change our nation and make it the great nation she had professed to be? What will it take to bring all Americans together again? What could be the possibilities of all of us coming together as a nation, loving one another, caring for one another and helping one another?