While attending a January 2011 concert at the Neighborhood Theatre to check out his DJing friend, Your Dirty Habit, perform, Charlotte music producer Alex "A-Styles" Steins decided to stick around for the headliner, Steve Aoki. Aoki's jaw-dropping electronic dance music set turned the NoDa venue into a massive party. Steins was stunned. "We can do this ..." he thought. 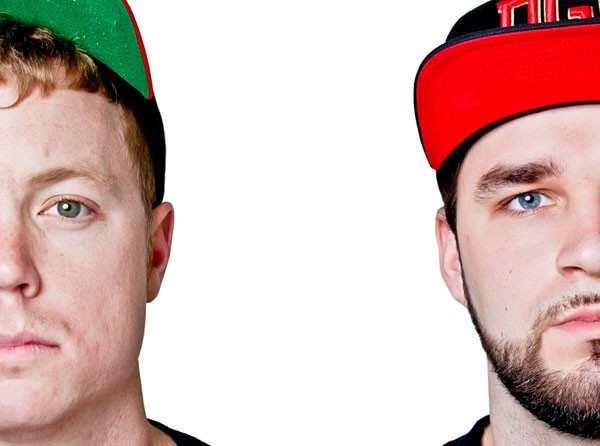 Steins relayed the idea of delving into the EDM world to his friend, Austin "DJ Complete" Hains, official DJ of the Charlotte Bobcats. He didn't hesitate and the duo joined forces as Styles&Complete. They refer to their brand of dubstep infused with hip-hop as "Dirty South electro swag." It's a sound that, in just a year, has earned them more than 17,000 Facebook fans (popular Charlotte DJ Mindelixir has roughly 6,500, by comparison, and UNC Charlotte has 19,000) and hundreds of thousands of YouTube views.

"Both of us have the same mentality, that we can do anything we put our minds to," A-Styles says of his partnership with DJ Complete. "The first song we did was our remix of Jason Derulo's 'Don't Want to Go Home,'" which was released within days of the original. "We had 500,000 plays before [the label] pulled it down. The label called the radio station and told them not to play it because they were afraid people would think it was [the original song]."

By starting off with EDM remixes of hip-hop songs by artists such as Childish Gambino, Outkast and Ying Yang Twins, Styles&Complete brought themselves exposure. From there, they worked on more original instrumentals, including "Cook It," with its "You can go ham or you can go home" chant and the bass-heavy "G.T.F.D." While the remixes got Styles&Complete noticed, the original songs earned them headlining gigs in college towns and at Whisky River, attention from artists such as Tiesto and Diplo and an upcoming opening spot for Kaskade at The Fillmore on July 11.

"We've had people sending us photos of people wearing our shirts at EDC [Electric Daisy Carnival], Bonnaroo, Ultra [Music Festival]," A-Styles says. "I walked into a Miami club and the DJ was playing our song." Adds Complete, "It makes us think we're doing something right. It's been hustling to get things going so rapidly."

The duo's songs, like most North American dubstep, are characterized by a swift buildup to "the drop." The music slowly speeds up to a crescendo before it suddenly drops out (the "break") and an unabashed wobbling bass rhythm swarms in (the "drop"). It's like a roller coaster clicking up the rails on the first hill before a moment of silence cuts a path for the exhilaration that follows. That built-up excitement within songs has made dubstep (created in England in the late 1990s) popular in the United States, thanks to artists like Skrillex, Bassnectar and Datsik. Similar to Diplo, Flosstradamus and Crizzly, Styles&Complete infuse their sound with the hip-hop they grew up on.

"We weren't huge electronic fans so we didn't try to sound like anyone else," A-Styles says of the group's beginnings. "We just naturally have our own sound. It's so much more technical than rap. We can make a rap beat in 30 minutes. It took us 17 hours to remix 'Bombs Over Baghdad.'" The remix of the Outkast track landed them on the popular electronic and hip-hop music blog ThisSongIsSick.com, quickly boosting the duo's profile.

When not on tour, Styles&Complete spend most of their days in their small, eight-foot wide Queen City Underground studio space, surrounded by DJ and computer equipment. The wood-paneled walls are peppered with their own show flyers and a few posters of Durham hip-hop duo Little Brother. The red-haired, taller member of the duo, Complete, resembles a basketball player, while A-Styles, with his longer hair and beard, looks like he might fit better in a rock band.

Complete, 26, started his DJing career while at UNC Wilmington. The Huntersville native worked at a local radio station and spun tracks at clubs and frat parties, but after a year felt he had "hit the ceiling" and moved back home. His name comes from the idea that he likes all genres of music and wanted to be the "complete package" as a DJ.

Cornelius native A-Styles, 25, first contacted Complete after hearing Complete's 2009 song "I Love Charlotte," a remix of Asher Roth's "I Love College." Impressed by the song's production quality, A-Styles, whose name is short for "all styles," reached out to Complete for help producing beats for Atlanta's Ying Yang Twins.

"Complete got my ears into equalization and hearing things I wasn't hearing," A-Styles says. "Two heads are better than one."

After deciding on the name Styles&Complete — Crunk & Public was a close second — the duo performed a debut show for a crowd of 50 people at Dharma Lounge, focusing their set on shorter, three- and four-minute songs instead of the usual six- to eight- minute epics of most DJs.

"I feel bad for people who go on stage after us because of how hard we work and how hard our songs are," Styles says, noting that the duo occasionally throws Ludacris' "Move Bitch" into the middle of its set. "We play music that DJs don't want to play, but it's stuff people want to hear. We want to make our fans happy."

The duo spends time trying to learn each other's craft to help them in the studio. Complete is learning how to make beats while A-Styles recently DJed his first solo gig. During their live shows, A-Styles adds effects while Complete works the turntables as the pair gets people moving with their music. The duo brings in its own lights and go-go dancers to round off the party.

Complete also spends a lot of time learning about the types of music that can move a dance floor via solo club gigs, working for radio stations — he currently works for 95.1 — and DJing for the Bobcats the last two seasons.

"All I do as a DJ is listen to music and figure out what's going to pop off and figure out what has the best energy for the club," Complete says. "[Styles&Complete] is my No. 1 creative outlet. We can complete each other's musical thoughts when we're working on a track. Our chemistry in the studio is like a bad John Cusack movie."

They choose their projects wisely, currently working to remix Machine Gun Kelly's "Wild Boy," turning down a Missy Elliot project and refusing to remix anything by Justin Beiber or anything like the song "Call Me Maybe." Their priority remains staying original and putting a stamp on the electronic music scene.

"We want to represent Charlotte and have people thinking of us when they think of Charlotte music," Complete says. "We want to do it our way. How do we describe it? It's as if Dirty South hip-hop forced EDM into a corner and had its way with it.'"