Florence and the Media Machine

Everyone's an expert, until they're not 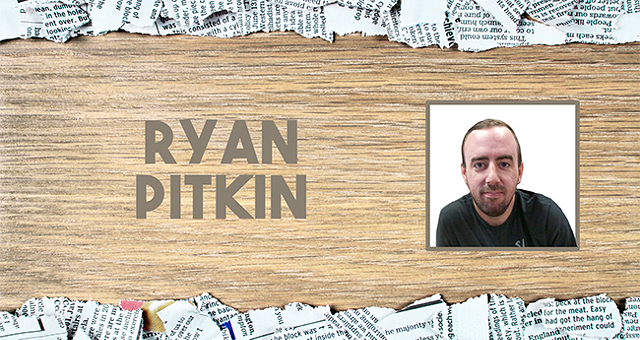 In a video posted to Twitter by Fox46's Page Fehling on Monday, residents of the Carmel neighborhood in south Charlotte can be seen lifting their pets above the waist-high floodwater in order to evacuate their homes.

Other posts showed flooding at multiple sites along Little Sugar Creek, a water main break in University City and other effects of a half-foot of rain — and more in certain parts — being dumped on the city.

I spent the weekend in my home, catching up on work and binge-watching TV shows. It wasn't more than a rainy weekend for me, without so much as a rattling of the windows that I was aware of.

I like to think the right reaction to this good luck would be to be thankful. I'm thankful for whatever higher power or stroke of luck meant I didn't have to carry my 80-pound beast of a water-hating dog through a waist-high pool of brown muck and mud in my yard. I'm thankful not to have gone a minute without power, unlike more than 12,000 Mecklenburg County residents who remained without power as the sun shined down on Monday morning.

I was also thankful for the different local meteorologists that kept Charlotte updated throughout the week into the weekend, letting folks know about road closures and rain totals.

A few folks — all men who looked exactly the same, of course, but that's another issue — decided to go after WCNC meteorologist Brad Panovich with trolling comments about "overhyping the storm" on Twitter, some of them poking out of their troll holes as early as midday Saturday, before Florence had really even reached Charlotte.

My assumption is these folks were the ones who went and spent a bunch of money hoarding bottled water — against the suggestions of the city and local media, who stated that the city's water system would almost certainly not go down — and then got upset when they realized they had no reason to do so.

I guess my only question to these folks is this: What the fuck is your problem, exactly?

I read the news of 1-year-old Kaiden Welch, swept away by storm waters in Union County on Sunday night after his mother, Dazia Lee, tried to cross a flooded road and the rushing water took her car, and I can't help but wonder how many others were saved of a similar fate by the nonstop storm coverage of local media teams and meteorologists.

At some point, there were barriers put up by first responders that blocked off the flooded area of the road, though it's unclear if someone moved them before Welch's mother crossed. She said she saw others crossing and thought it was fine, and that's a decision that Lee will have to live with for the rest of her life.

Regardless of the details of Welch's death, however, what's certain is that at some point that night, emergency crews ran out of barricades as countless roads throughout Union County became impassable. Sitting in my home, checking news updates on TV and Twitter, I was well aware of the dangerous situation happening in Union County. How many people who lived there stayed off the roads that night for the same reason?

But the problem is that it's not about public safety for internet trolls. There's some deeper issue there, and in a world as divided as the one we currently live in, people can't help but spread vitriol every chance they get.

Take, for instance, the recent Anderson Cooper non-controversy, in which President Donald Trump's dim-witted son Junior tweeted a picture of the CNN anchor standing in floodwaters deeper than his cameraman. In the post, Trump implied that Cooper had been overly dramatic in his coverage of Florence with the intentions of making his daddy look bad.

Cooper called out the idiocy of the meme, spread by other Trump supporters and officials on Monday, during his show that night. Cooper explained he was reporting on how rapidly depth can change in floodwaters — you know, the type of reporting that saves lives. That's not to mention that the picture was taken during Hurricane Ike in Texas — a whole-ass decade ago.

But, like I said before, this trolling isn't about truth, accuracy or ensuring safety, it's about continuing a concerted effort to slowly chip away at the credibility of all media — even in a national disaster — until only things said by the man in charge can be accepted as truth. And that's how democracy dies. But I digress.

What I really mean to say is, if you see your local meteorologist or a water-logged TV news reporter drying out in Charlotte this week, thank them.