The Cider Industry in Charlotte is Growing, Be Sure Not to Ignore It

Time to give cider a try 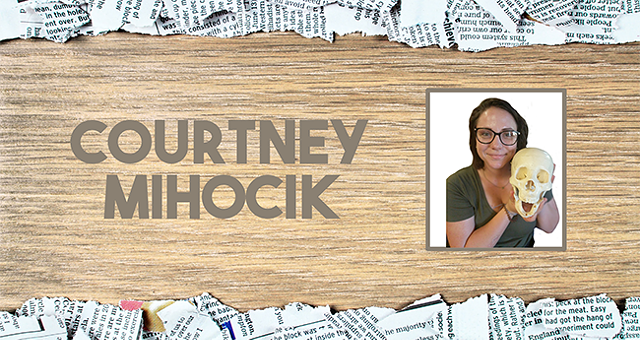 When I first started imbibing craft beer, I only wanted one thing: IPAs.

Everything else was just not hoppy enough or it was too sweet. Eventually, my palate began to expand, and I was taking in pilsners, lagers, porters, stouts, Belgians and hefeweizens.

However, I still left out cider. It was just too sugary for me. My first experiences with ciders in the form of Angry Orchard and Woodchuck really warped my sense of what a cider should taste like. I could feel a spike in my blood sugar after one — two, if I was lucky.

It wasn't until I had to force myself to go gluten-free for medical reasons that I really tried out what true craft cider is. Shouts out to Rhinegeist Brewery in Cincinnati, Ohio, for its semi-dry and dry-hopped year-round ciders and to CiderBoys made in Stevens Point, Wisconsin for Peach County, an apple and peach cider by which I was absolutely enthralled.

Those ciders really kickstarted my obsession and helped me ease into the cider scene, which was now a necessity for me.

They weren't too sweet, and I could tell that they were crafted with care and passion for quality.

I could almost taste the creativity and spirit of the craft industry that the cider makers placed in the bottles, cans and kegs.

It soon became quite annoying when I would head to a restaurant or a bar with friends and while they looked over the long list of drafts, cans, bottles, wines and liquors available to them, I was usually stuck with one cider to choose from — maybe two if I was lucky. If I was unlucky, the only thing available to me would be wine or liquor.

"Then why don't you drink wine or liquor?"

When I met up with Jay Bradish of Red Clay Ciderworks and Brian Beauchemin of Good Road Ciderworks, I knew that I was going to have great conversations with people who were passionate about creating truly handcrafted cider.

I spoke with both of them separately about the ciders out in the Charlotte community. While it's nice to see that many restaurants and bars are beginning to free up one or two taps for a cider to offer to guests, it's disheartening to see one of those taps go to a company like Angry Orchard.

One of the important things that I spoke to Beauchemin about was education about what a true craft cider is.

True cider is not concentrated apple juice watered down and then fermented with yeast then laden with extra sugar to raise the alcohol content.

Beauchemin believes that once the general public understands the variety of flavors and textures that cider can achieve along with the excitement that each harvest brings, the popularity of it will rise and realize its true potential.

It's really an underrated category of drink. One of the most memorable things that Beauchemin told me during our conversation was, "What a lot of people don't recognize, is anything that you do with beer, you can do with cider."

It's important for the general public to understand that the shit that the "big guys" are bottling and distributing is back-sweetened with tons of sugar or corn syrup to give the yeast more food to convert to alcohol because the concentrate used doesn't have enough natural sugar. That's why it's so sweet and you can feel the grainy sugar settling in your molars.

If you want to taste what real cider is, try Red Clay and Good Road. The dry, wine-like quality that true cider has is quite enjoyable and venturing outside of your normal variety of libations is always a good thing.

Want something sweeter? Ciders with a little bit of natural fruit added will bring your tastebuds joy.

If those options are somehow still not to your taste, stay in North Carolina and try out Bull City.

When I visited its booth at Creative Loafing's Taco Lucha taco and beer festival over the weekend, the Off Main and Cherry Tart ciders really piqued my interest in the Durham-based cidery.

This is all to say that if you are weary of cider, don't let your fear of the overly-sweet keep you from trying something new.

More importantly, stop spending your money on variety packs of Angry Orchard. This is Charlotte, keep it local.

See you on the other cider.