When Healthy Home Market, the popular Plaza Midwood health food store, closed its doors for good in January, many customers were surprised and dismayed. How could such a business fail in a trendy and up-and-coming neighborhood that seemed a perfect fit for organic and fresh products, they wondered. What went wrong? Michael Maddox has an answer.

"Part of [their] downfall is that two to three years ago they decided to bring in conventional products," he explains. "You can't intermix conventional with organic. It just doesn't work."

Maddox knows what he's talking about. He's been in the food business practically since birth, learning the meat cutting trade at his family's meat processing plant in Jefferson, Georgia. He moved into management at BI-LO grocery stores, before becoming the vice president of retail operations at Healthy Home Market from 2002 to 2015.

Maddox is currently the CEO of Organic Harvest Community Grocery and Café, the Alabama-based grocer opening a new health food store in October in the 10,000-square-foot space at 1330 Central Avenue previously occupied by Healthy Home Market. 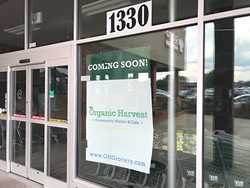 Organic Harvest, which sells organic and natural groceries, meat, beer and wine as well as fresh produce, currently has one store in suburban Birmingham, Alabama with two more on the way in the fall and spring. Maddox is spearheading the Alabama chain's expansion. The Charlotte store is a particularly good fit for him, he says, since he designed and launched the Plaza Midwood Healthy Home Market store in the first place.

"When I designed that [Healthy Home Market] store and opened it there were a lot of expectations," Maddox remembers. "There was anticipation of building on Central and there were a lot of apartments planned. Now five years later all of that is built up and coming through."

His design for the new Organic Harvest has been determined by the store's target market, Maddox continues.

"There's a great group moving into the neighborhood — younger professionals," Maddox says. These consumers are smarter shoppers than previous generations, he maintains. They check labels, look at ingredients, work out regularly and are more discerning about what they put in their bodies, Maddox says. He believes Organic Harvest will fill a Charlotte market niche not served by conventional supermarkets in the area.

'[The supermarkets] don't dig into the organic, the natural and the local, but that's what we focus on. We have a five-page list of ingredients that we don't even allow through our doors," Maddox continues. "I could blow your mind if I start explaining what some of those ingredients you find in everyday foods are doing to your body."

The new store will open in the first week of October, Maddox says. He purchased the location through Healthy Home Market's bankruptcy process in February, so assets including cash registers and refrigerator compartments are being repurposed. Since the space transition is not a full build-out from scratch, the main hurdles are housekeeping details, Maddox continues -—repainting, resurfacing the floors, putting up new signage, installing a new computer system and securing permits.

"They would send me to operations that were not profitable and in trouble, and I would straighten them out," he remembers. BI-LO put him through management training, and he progressed to district manager. Wanting to take a break from management, Maddox left BI-LO and started working for Healthy Home Market, then called Home Economist Market. Founded in 1979, Home Economist was originally just another grocery store, Maddox says. "They carried everything from soda pop to organic produce. They didn't have an identity."

Maddox hit it off with company president, owner and founder Gerald York, who noticed Maddox's talent for grocery retail management. York asked Maddox to open the company's South Boulevard store. After that, York and Maddox struck a handshake deal, Maddox remembers, granting Maddox total flexibility and control in charting the course and establishing an identity for the company's retail outlets. Maddox changed the name of the store to Healthy Home Market and moved towards stocking and selling organic and natural foods. In all, Maddox designed and opened a total of three stores. Under his stewardship, sales increased from $6.5 million to $18 million over the course of eight years. "Sales started growing because people knew they could come into our stores and expect quality products," Maddox explains. He reported regularly to York, who took on the role of silent president and owner.

"I met with him each month and told him how well we were doing and he was happy," Maddox says. The situation changed when York, then in his 80s, decided to step aside for new management. "The [new] management's approach was not conducive to what I was building and the direction I felt we needed to be headed," Maddox says. 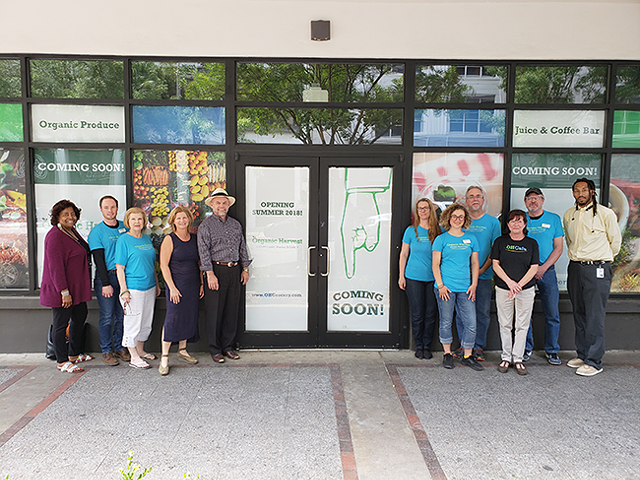 He left the company and started consulting, a career track that brought him into contact with Organic Harvest. A silent owner purchased the Hoover, Alabama-based store and hired Maddox as CEO, tasked with opening new stores and expanding Organic Harvest into a chain. Organic Harvest's mission will be similar to Healthy Home's under his stewardship, Maddox promises. They will not mix conventional products with organics, he pledges.

"We're going to maintain our ethics and keep true to who we are," he says.

As Maddox prepares to return to Charlotte — he still owns a home he bought in Sherrill's Ford when he worked at Healthy Home Market — he admits that it's bittersweet to return to his old place of employment. "I put a lot of years into Healthy Home Market and it was very sad to see it go down," he says. But for the most part, he has his eyes on the future. He's focused on opening Organic Harvest stores and expanding the brand's concept, Maddox says.

"When the Charlotte store became available it was the perfect opportunity to move in and add it to our portfolio," he says. "Now I just need to connect the dots between Alabama and Charlotte."