Frankenweenie: For ghouls and boys | Reviews | Creative Loafing Charlotte
Switch to the mobile version of this page.

Frankenweenie: For ghouls and boys 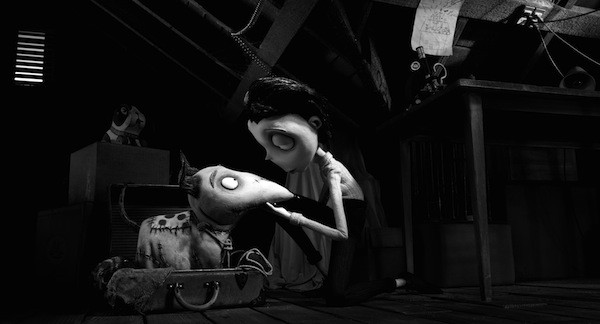 The story goes that when Tim Burton presented his 1984 live-action short, Frankenweenie, to his employers at Walt Disney Pictures, they promptly fired him for blowing their money on a weird project that didn't jibe with the company's benign, kid-friendly offerings. Needless to say, the dismissal hardly damaged the man's career: He made his feature-film debut the very next year with Pee-wee's Big Adventure and went on to helm such hits as Beetlejuice and Batman. Ever the good capitalists, the Disney suits noted this subsequent success and proudly included Frankenweenie (as well as Burton's 1982 short, Vincent) as an additional selling point for the DVD and Blu-ray releases of the Burton-produced The Nightmare Before Christmas.

Cut to the modern day, and Disney has handed over the requisite budget and the requisite blessing for Burton to make another Frankenweenie, this one a feature-length remake of his celebrated short. No longer a live-action endeavor, this new version has been filmed employing the stop-motion animation style that Burton previously used in Corpse Bride. The story, however, remains the same: In a staid American suburb, young Victor Frankenstein (voiced by Charlie Tahan) is devastated when his best friend in the world, his faithful dog Sparky, is struck and killed by an automobile. Nothing can lift him out of his gloom until his science teacher shows the class how electricity can temporarily reanimate a dead frog. Working from this template, Victor successfully manages to revive Sparky, a joyous reunion marred by the fear and stupidity of Victor's neighbors.

The 1984 Frankenweenie ran just the right length at 30 minutes, so the challenge was in expanding the story to approximately 90 minutes without making the new material feel like extraneous filler. Working from Burton's original idea, scripter John August largely succeeds. The character of the science teacher, a bit player in the original, is given stature and presence: Looking like Vincent Price (Burton's horror-film hero) and speaking in a thick European accent provided by Martin Landau (who won a well-deserved Oscar for playing Bela Lugosi in Burton's 1994 Ed Wood), he's the story's most entertaining figure, especially when he tells his students' small-minded, science-fearing parents, "You are all very ignorant. Is that the right word, 'ignorant'?" August also has Victor fretting not just about his neighbors but also having to worry about interference from several of his classmates, all hoping to steal his idea so that they may use it to win the school's science competition. This leads to a third act development that deviates completely from the source material, with the town having to contend with a veritable monster mash as all sorts of creatures are let loose.

Burton has opted to present this story in black and white, not only because the original was filmed that way but also because, like Mel Brooks' b&w Young Frankenstein, it pays the proper respect to the horror classics of the 1930s and '40s, specifically Frankenstein and Bride of Frankenstein. Yet the homages aren't limited to those decades, as evidenced by a neat live-action appearance by Christopher Lee as well as shout-outs to the immortal short film Bambi Meets Godzilla and the MST3K fave Gamera.

While most studios and animators are gung-ho about CGI, it's nice to have holdouts like Nick Park (the Wallace & Gromit canon) and Burton offering something different. The stop-motion animation looks especially crisp in Frankenweenie's black-and-white world, and it adds an extra degree of spookiness to the more eccentric supporting characters, among them a creepy kid named Edgar E. Gore, an eerie girl who makes the Harry Potter series' Luna Lovegood look grounded by comparison, and an oddball cat whose kitty-litter offerings have prophetic abilities. But there's nothing spooky about Sparky, the amiable canine who, even after being brought back from the grave, seeks only to play with — and love on — his owner. Dead or alive, he's the beating heart at the center of this alternately amusing, alternately poignant but perpetually inventive work.

Frankenweenie is not showing in any theaters in the area. 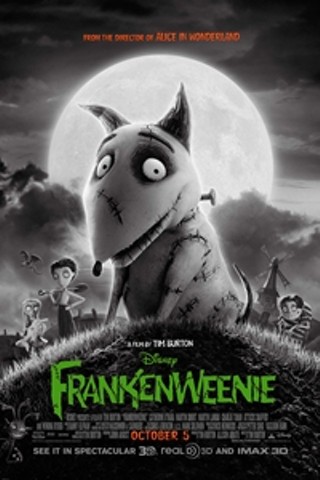