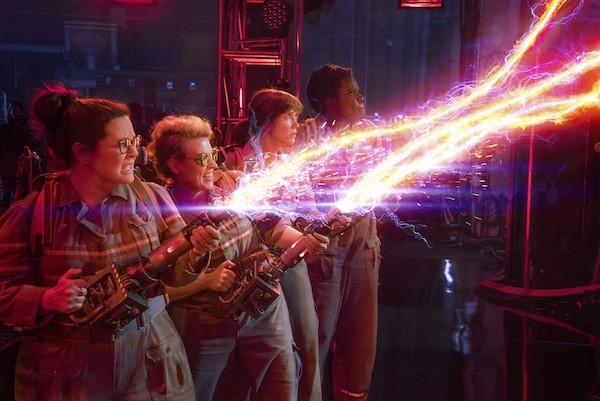 The timing is certainly coincidental. In the same week that's witnessing the release of Ghostbusters, a new scientific study (I believe conducted at Johns Hopkins University, but don't quote me on that) has conclusively revealed that the brain size of MRAs, misogynists and other militant morons is larger than a penny but smaller than a quarter. The test, which originated in the wake of the release of 2008's Sex and the City and entered the home stretch as Mad Max: Fury Road was hitting theaters last summer, serves as the bookend to a similar study that yielded the exact same results among racists around the time the Annie remake starring Quvenzhané Wallis was playing multiplexes. As Thomas Dolby emphatically declared, "Science!"

Yet the interesting component is that, as this reinterpretation of the beloved 1984 Ghostbusters gets underway, it appears as if maybe, for the first time in their entire worthless lives, the social suicide squad of female-fearing fanboys will be right — albeit, of course, for the wrong reasons. After a mood-setting prologue, the film doesn't start so much as lurch forward, and the inclusion of some unnecessary and unfunny scatological humor suggests that maybe rebooting this franchise wasn't such a great idea if the end result was basically going to be a gender-swap The Hangover with a higher CGI budget. But as the script by Paul Feig (who also directs) and Katie Dippold (a writer-producer from Parks and Recreation and MADtv) gets its bearings, as additional characters are added to the roster, and as the gags start to rely less on locker-room humor and more on the comic abilities of the cast, Ghostbusters soon takes off and never looks back.

Is it better than the original? Not quite, although the distance between the two is a lot closer than anyone will care to admit. And despite some terrific contributions from the newcomers, there's no 'buster quite as glorious as '84-vintage Bill Murray, whose deft turn was one for the comic ages. But to be clear, this is no rancid Ghost trek so clueless and self-centered that it soils memories of the original; if anything, it enhances it, with some nicely placed cameos (even the late Harold Ramis, sort of) and clever allusions to the original (be sure to stay through all the credits to catch a teaser not unlike the grabber that closed Batman Begins).

Wisely, Feig and Dippold don't make their stars female versions of the boys from back in the day (e.g. Peter Venkman hasn't suddenly become Patricia Venkman) but rather come up with new characters for them to inhabit. Kristen Wiig is, comparatively speaking, the calm one — she's Erin Gilbert, a scientist who tries to bury her ghost-dabbling past as she's set to attain tenure at a prestigious university. But that's easier said than done since her former partner in the paranormal, Abby Yates (Melissa McCarthy), has been hawking their previously published novel on the subject all over the Internet. As expected, Erin does not attain tenure but she does develop a reenergized interest in ghosts, joining with Abby and her lab mate Jillian Holtzmann (Kate McKinnon) as they investigate some unusual activities occurring around the Big Apple. And once their outfit is enhanced by the presence of MTA worker Patty Tolan (Leslie Jones) and possibly hindered by the addition of dumb-as-a-brick receptionist Kevin (Chris Hemsworth), all the team now requires is a catchy name and a catchy logo. 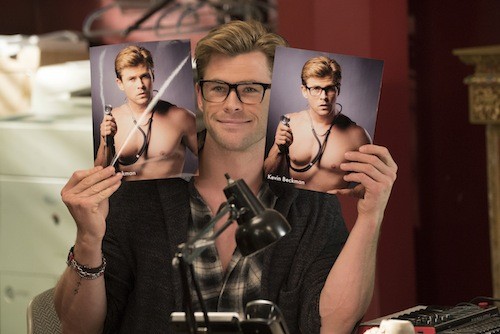 Wiig and McCarthy are fine playing within their normal parameters, so it's the support staff that yields the largest dividends. Jones is very funny as a woman whose common sense occasionally (and understandably) takes a back seat to hysteria, while Hemsworth builds on the comedic promise he displayed in last year's Vacation with an absolutely riotous portrayal of a hunk so lunk-headed, he covers his eyes whenever he hears a loud noise. Best of all is McKinnon, who never seems to stay still as she infuses Holtzmann with reams of eccentric personality.

The picture becomes heavy with visual effects spectacle in the final act, but because the creatures on display are a far cry from the usual dinosaurs, spaceships and Transformers, even this section manages to remain inventive and eye-popping. The smartness of the script not only informs the nods to the original (marshmallow, anyone?) but also directly addresses the tantrums thrown by the nation's man-boys, from a nice line about the bullying of women to the fact that the villain of the piece (played by SNL scribe Neil Casey) looks exactly like the sort of keyboard warrior who spends his Friday nights anonymously bashing women online (as someone accurately notes, "It's always the sad, pale ones").

Whether on its own fearless terms or even as an update of a zeitgeist-charged smash, Ghostbusters proves to be an oasis of entertainment in the midst of this cinematic summer drought — a pop-culture popcorn picture designed to raise spirits in more ways than one.