Hollywood turns the camera on itself in new film series | Cover | Creative Loafing Charlotte
Switch to the mobile version of this page.

Hollywood turns the camera on itself in new film series

A shot in the dark 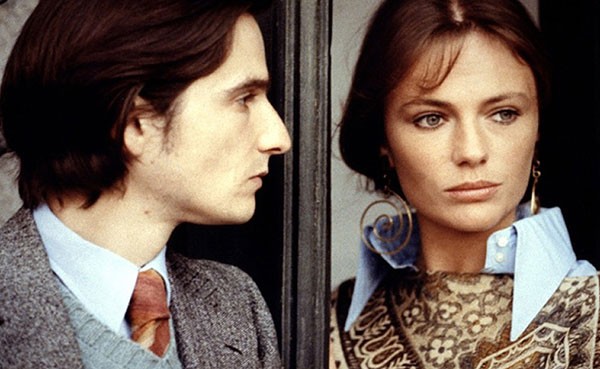 If it's not an 11-year-old girl being shot through the chest by a gang member at the Charlotte-Mecklenburg Library, then it's hippies gleefully dropping acid — and dropping their undies — at ImaginOn. Sam Shapiro is the man directly responsible for such illegal activities, but he does draw the line at butter between the buttocks.

Shapiro, the Main Library's film programmer extraordinaire, has spent the past 20-plus years (23, for those keeping exact score) booking cinema series on behalf of the venerable institution. His approach has been an all-inclusive one, selecting movies ranging from the silent era to the modern era, from Westerns and war pics to musicals and monster flicks, from films rated G to films rated ... well...

"Since these are films that are open to the general public, meaning all ages, I have to be somewhat careful of content," Shapiro explains. "In my pre-film introductions, I warn audiences of the fact that the movie they're about to see contains scenes of cinematic violence — especially if there happen to be youngsters accompanied by parents in the audience. But really, it has never been an issue. I've shown films like John Carpenter's Assault on Precinct 13, Milos Forman's Hair and Roman Polanski's Macbeth in various series, and nobody complained or stormed out of the auditorium. After all, adults are the primary audience for my film programs.

"On the other hand, I have no plans at this time to show Last Tango in Paris," he adds, referring to the notorious 1972 film in which Marlon Brando introduces butter to the sexual equation.

While butter might be in short supply in the latest film series that's set to kick off this weekend, the dairy industry is still well represented in that the selected works prove to be the cream of an irresistible crop. "Hollywood Shoots Itself" showcases a line-up of 11 critical and/or commercial hits in which the subject of each movie is no less than cinema itself. The chosen titles, hand-picked by Shapiro (with a couple suggested by his Facebook friends and fellow film fans), include such genuine classics as Sullivan's Travels and Singin' in the Rain as well as more recent gems like The Player and Living in Oblivion. And jump-starting the series' run this Saturday, July 9, is the 1950 masterpiece Sunset Boulevard, with Gloria Swanson as the faded silver-screen star who famously declares, "I am big. It's the pictures that got small." 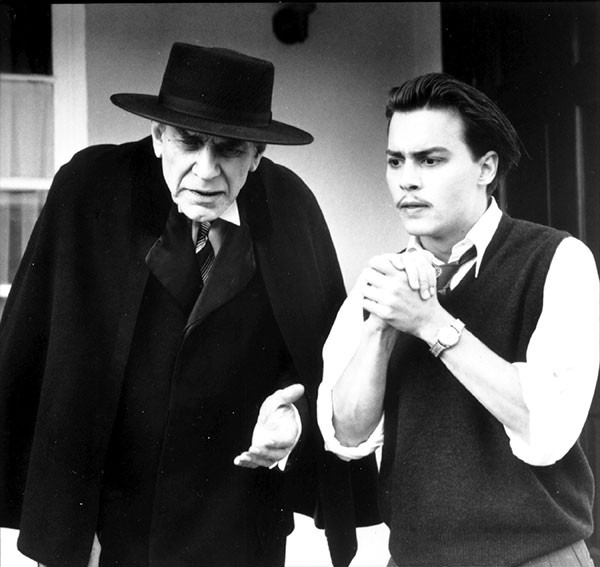 Swanson's Norma Desmond isn't the only larger-than-life character who will be uttering immortal phrases. The memorable snatches of dialogue continue through the last movie in the series: Ed Wood (screening Feb. 4, 2017), in which Oscar-winning Martin Landau, as horror star Bela Lugosi, brings enormous depths of humility and humanity even to such lines as "I think she's a honey. Look at those jugs." In between, we're treated to further stellar efforts, ones focusing on directors (The Stunt Man), producers (The Bad and the Beautiful) and actors (Day for Night). Even that most ignored and most maligned of creatures, the lowly screenwriter (the Tinseltown equivalent of kickers in the NFL), figures into the proceedings — well, one gets murdered at some point in The Player. Take that as you will.

"I've always been fascinated by how filmmakers depict the creative process of their own art," says Shapiro in revealing the impetus for the series. "I also like how some of these films, such as Day for Night and Living in Oblivion, depict the business side of filmmaking, such as the need to complete shooting within a budgeted time-frame and the need to maintain a delicate balance between art and commerce."

As Shapiro also notes, the selected pictures manage to cover a wide range of genres, including melodramas and musicals. Indeed, variety has always been an integral part of the Main Library's film programs, even before he became involved.

"I've been programming films and film series for almost 25 years," he offers. "But I wasn't the first to do this at the Main Library. Don White, my mentor and the former manager of the now-defunct Film & Sound Department, used to facilitate a highly popular film series there, in which he presented classic Hollywood movies."

It's a tradition which Shapiro has continued with passion, screening works at both the library and, since 2006, ImaginOn as well.

Even though Shapiro has been booking titles ever since the first Clinton held the White House, he certainly doesn't plan on applying the brakes anytime soon: He's already thinking about dedicating future series to such important directors as Orson Welles and Billy Wilder, and he's long been interested in building a program around classic foreign films. He's also not above producing a sequel to "Hollywood Shoots Itself," adding a second run of titles as he's done in the past with his Alfred Hitchcock and "Made in 1984" series.

"It's true that I selected a theme that potentially opens the door to further entries," he admits, "perhaps a series titled 'Return of Hollywood Shoots Itself' or 'Hollywood Shoots Itself Again and Again.' I might consider adding Barton Fink, the Coen Brothers' rather nightmarish excursion into Hollywood, or even the great French film Irma Vep. But we'll see how well this first series is received and attended."

If the past is any indication, attendance won't be a problem. "While many of the films I present are available on cable or DVD, I've become convinced that audiences prefer to experience classic movies in a theater or auditorium setting. For example, I recently screened the Harold Lloyd silent comedy Speedy at ImaginOn, with Ethan Uslan providing live piano accompaniment, to an enthusiastic audience of 130. You could literally sense the electric excitement in the auditorium — that simply cannot be duplicated or captured in a home setting, regardless of the superior technology in your living room or den."

And speaking of superior technology, Shapiro has found himself going with the flow of the times when it comes to presenting his movies in the best format available.

"Back in the early '90s, I showed films exclusively on 16mm," he reveals. "Then I began showing them on VHS, and now I show them either on DVD or Blu-ray. Perhaps streaming is next. Whatever the format, the audience just wants to see the film!"

"Hollywood Shoots Itself: 11 Movies About Movies" will be screened July 9 through Feb. 4, 2017, with the first five pictures showing at ImaginOn and the rest playing at the Main Library. All films will be presented at 2 p.m. on Saturdays, and admission is free.

July 23: DAY FOR NIGHT (1973). A director (played by the film's actual writer-director, François Truffaut) tries to keep his stars happy and get his movie completed.

July 30: SULLIVAN'S TRAVELS (1941). A successful director (Joel McCrea) feels it's no longer appropriate to make fluffy entertainment and hits the road to gather research for an important "social message" picture he plans to call O Brother, Where Art Thou?

Aug. 13: SILENT MOVIE (1976). A director (Mel Brooks, who also wrote and directed) and his pals (Marty Feldman and Dom DeLuise) plan to revive the art of silent cinema with the aid of some big stars (cue the cameos by Paul Newman, Burt Reynolds, and more).

Aug. 20: SINGIN' IN THE RAIN (1952). Various folks, including a popular actor (Gene Kelly) and his wisecracking best friend (Donald Connor), try to weather the transition from silent films to talking pictures.

Aug. 27: THE BAD AND THE BEAUTIFUL (1952). A producer (Kirk Douglas) hopes to finance a film with the help of three people he previously betrayed: an actress (Lana Turner), a director (Barry Sullivan) and a screenwriter (Dick Powell).

Sept. 10: THE PLAYER (1992). An assertive Hollywood executive (Tim Robbins) finds his job security threatened by the studio heads and his life threatened by the person sending him ominous, anonymous postcards.

Nov. 12: THE STUNT MAN (1980). A possibly crazed director (Peter O'Toole) agrees to shield a fugitive (Steve Railsback) from the law, if said fugitive agrees to risk his life as his picture's new stunt man.

Dec. 3: LIVING IN OBLIVION (1995). An eager-beaver young director (Steve Buscemi) struggles to make a feature film with the help — and hindrance — of an insecure leading lady (Catherine Keener) and a self-centered actor (James Le Gros).

Jan. 7: BOMBSHELL (1933). Tired of pushy studio executives and avaricious hangers-on, a sexy superstar (Jean Harlow) contemplates giving up her success and taking a stab at leading a normal life.

Feb. 4: ED WOOD (1994). A hopelessly untalented, cross-dressing moviemaker (Johnny Depp) relies on miniscule budgets and offbeat friends — including Bela Lugosi (Martin Landau) — to help him get such turkeys as Plan 9 from Outer Space and Glen or Glenda in the can.