Love among the ruins | Reviews | Creative Loafing Charlotte
Switch to the mobile version of this page.

Love among the ruins 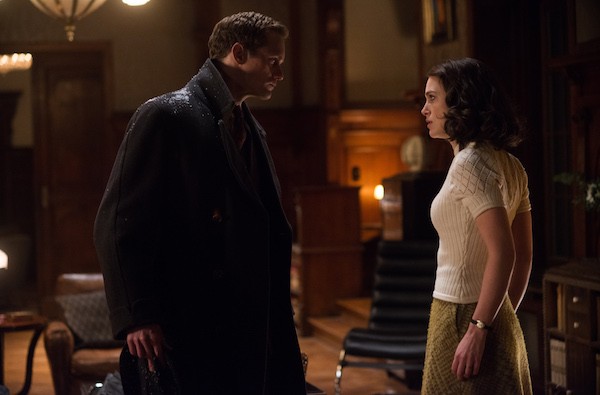 After the soft box office performances of such World War II sagas as Allied and The Zookeeper’s Wife, it’s a wonder that anyone put up the funds to make something as similarly grown-up and period-specific as The Aftermath (**1/2 out of four). Given the likely financial fate of this one as well, we may not see another WWII yarn until around the time World War III gets off the ground.

That’s a shame, because both Allied and The Zookeeper’s Wife deserved better fates. And while The Aftermath doesn’t match their quality or conviction, it’s not one for the trash heap, either. Based on Rhidian Brook’s novel of the same name, it’s set right after the war, as cleanup efforts are underway in Germany by the conquering heroes. While most of the British and American occupiers view all Germans with contempt, forever suspicious that each and every one admired Adolf Hitler, one exception is the kind-hearted Lewis Morgan (Jason Clarke), an officer tasked with helping restore the bombed-out city of Hamburg.

Lewis’ wife Rachael (Keira Knightley), on the other hand, doesn’t share his sympathies, which makes matters prickly when the pair move into a luxurious home owned by widower Stefan Lubert (Alexander Skarsgård) and populated by Stefan, his headstrong daughter Freda (Flora Thiemann), and various household servants. The Luberts and staff were expected to vacate the premises when the Morgans moved in, but Lewis’ bleeding heart decreed otherwise, figuring there’s enough square footage for everyone to live separately if not quite equally (the Morgans get the run of the house while the Luberts are confined to the cramped attic). But the proximity nevertheless remains close enough for Rachael to overcome her prejudices and develop an attraction to Stefan while her workaholic husband is away rebuilding the city.

Had The Aftermath been around as a property in the late 1940s, it doubtless would have starred Deborah Kerr and Claude Rains as the Morgans and Laurence Olivier as Stefan. The performers cast here do their filmic forebears proud, and the picture succeeds as long as it focuses on their love triangle. But a storyline involving the teenage Freda’s dalliances with a youthful Nazi supporter (Jannik Schumann) is severely underplotted and leads to a climax that seems at odds with the more measured pace of the rest of the picture. It’s pumped up melodrama that competes with the more nuanced drama, and — with apologies to Casablanca — it crowds out the three adults and their struggles with that towering hill of beans.