A quick rundown of this fall's biggest festivals

After a summer of stellar area festivals that brought hundreds of bands — Archers of Loaf headlined Charlotte's Recess Fest while Raleigh's Hopscotch brought Yo La Tengo, the Roots and the Jesus & Mary Chain — we're heading into the fall music festival season with plenty more going on across the region. From the mountains to more urban environs, there's a celebration of the musical contributions of electronic pioneer Robert Moog, top names headlining two days in the heart of Hotlanta, a re-imagined Echo Project along the Chattahoochee River and three coasts of hip-hop coming together in the Southeast. The Mid-Atlantic Music Conference combines performances with informational panels, and a Carolina-based indie label celebrates 15 years of great music with shows in Chapel Hill. The best thing about it — they're all within a six-hour drive. Here's the low-down on the top 10 regional festivals that are worth checking out this fall: 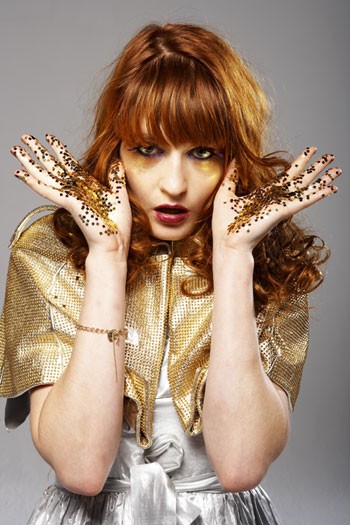 OUR THOUGHTS: Folks in the Atlanta area were mighty disappointed in 2005, when Music Midtown went on indefinite hiatus after 11 years. News came down last year that the fest would return, and the enthusiastic response from Atlanta concert-goers suggests it's here to stay. Last year saw the Black Keys and Coldplay taking the stage, and this year has oldies-but-goodies Pearl Jam and Foo Fighters headlining, along with performances from soulful Southern siblings the Avett Brothers, English gypsy diva Florence and the Machine and Atlanta rappers T.I. and Ludacris. Half the fun is watching hipsters and rock fans descend on a sector of the city usually given over to business and tourism. For a modest two-day festival in the heart of the city, Music Midtown does an impressive job both booking top musicians and providing a safe, comfortable atmosphere for attendees. (Rachel Bailey) 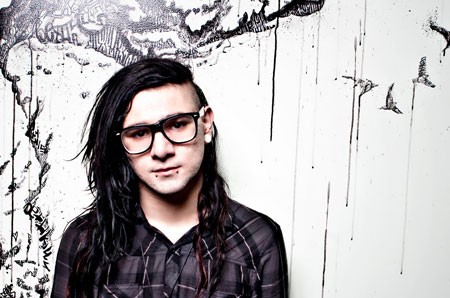 OUR THOUGHTS: Judging by the line-up, CounterPoint, which builds on the Echo Project festival of 2007, will be festooned with a lot of drug use and glassy-eyed minors. Headliners include, well ... dubstep. And EDM, in the form of acts like Skrillex and Bassnectar. But it gets worse. There also will be a "cinema" showing SEC football games by day and "then transform at night to a peaceful oasis where attendees can get lost in visual elements designed by some of the brightest minds in digital graphics and cinematography." Translation: this festival is for frat boys, a place they can booze it up to football by day and go googly-eyed at the light show by night, all to the electro-jam sounds of, say, Pretty Lights. At least the location, a grassy field outside the city, is nice, and camping is available. But unless you want to spend your weekend lost in a sea of sweaty, confused-looking undergrads, you should probably stay home. (RB) 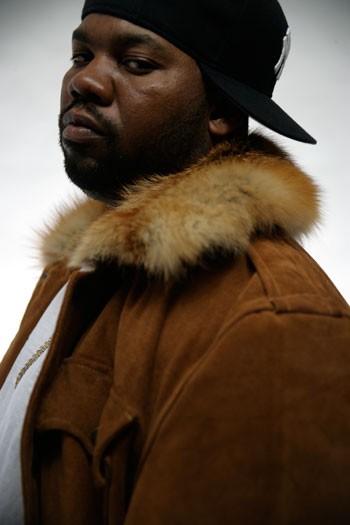 ABOUT THE FESTIVAL: The All Three Coasts Festival started in 2005 as a way to showcase indie hip-hop artists.

OUR THOUGHTS: A3C is the musical equivalent of a bender in Vegas, cramming five stages and more than 200 acts into 72 hours of hip-hop madness, and all for the near-unbelievable price of $45. Artists range from the never-heard-of to I-can't-believe-it's-them, with independent, mainstream and Golden Era legends sharing the same mics. A3C also makes a real effort to include female MCs and international artists, showcasing the diversity of hip-hop in an organic, unforced way. Besides performances, there are professional DJ equipment demos, panels on hip-hop culture, breakdance competitions, film screenings, Q&A sessions with industry insiders and more. If you live for the funk, this is your spiritual home. Word of caution, though: By the time you're ready for Sunday's drive home, even good hip-hop isn't going to register. Bring some Andean flute music to clear the palette. Better yet, enjoy the silence. (Emiene Wright)

PERFORMERS: Parish Smith of EPMD and at least 50 bands to be announced.

ALSO: Panels discuss legal issues, marketing and songwriting along with a keynote address by Parish Smith.

OUR THOUGHTS: We always have high hopes that Charlotte will host a music conference worthy of national attention. This one holds promise, but hasn't quite delivered yet. The usual topics are artists and the music business, with a handful of panels on everything from songwriting to marketing. Maybe the move to NoDa, the scheduling of dozens of acts and a keynote speech by Charlotte-based Parish Smith of EPMD will be a good start in broadening the horizons. It's been going since 2002, but not many people have heard of it. Let's hope this year's conference is the start of some momentum. (Jeff Hahne)

OUR THOUGHTS: This is the definition of "something for everyone." From the funked-up jazz of Trombone Shorty to the indie chamber-folk of Lost in the Trees; from the bluegrass of Steep Canyon Rangers to the reggae of The Wailers. Not to mention the cloggers, puppeteers, craft vendors and dance workshops. Just what the hippie doctor ordered. (Jeff Hahne)

TICKETS: $40 per night; three-day passes are sold out. 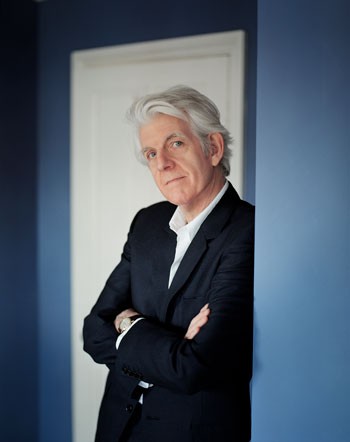 ABOUT THE FESTIVAL: Celebrating the 15th anniversary of Yep Roc Records, which has more than 300 under its belt, with performances from past and current label acts.

OUR THOUGHTS: Like Dylan and his exquisite croak, some aging rockers move into their twilight years gracefully, embracing their wisdom and accentuating their eccentricities. If you're an aging underground rocker, N.C.'s Yep Roc is where you want to spend your post-prime years — and what a place to spend them! Yep Roc signs artists who continue to evolve, and this festival brings together a some of the best: U.K. rockers Nick Lowe and Robyn Hitchcock, and Yanks John Doe and Dave Alvin. Each rose to prominence on the new wave of the '70s, distilling the essence of power pop (Lowe), West Coast punk (Doe), roots rock (Alvin) and eccentric, post-Syd Barrett absurdism (Hitchcock). In later years, Lowe moved back to the country-rock he began his career making as part of early-'70s Brit pub rockers Brinsley Schwarz. Hitchcock still spins the same surreal and witty tales of menace and melancholia that could come only from his oddball imagination. The fest also includes more recent names: Eleni Mandell, Fountains of Wayne, John Wesley Harding, Chuck Prophet, N.C.'s Chatham County Line, and others. (Mark Kemp)

PERFORMERS: To be announced.

ABOUT THE FESTIVAL: Now in its 10th year, the festival features 85 teams competing for $25,000 in prize money.

ALSO: Cooking demos, celeb chefs, a cornhole tournament and, what else, BBQ.

OUR THOUGHTS: Given last year's headliners of Buddy Guy and Jimmie Vaughn, in addition to regional and local acts including Lucky Five and Jake Haldenwang, we have hopes this year's BBQ & Blues lineup will be just as savory as the meat. (JH) 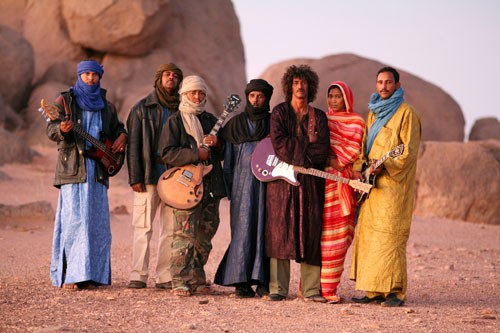 OUR THOUGHTS: Set in the Blue Ridge Mountains, this is the 35th Lake Eden Arts Festival (LEAF), which takes place each spring and fall. What's a festival without some kind of Grateful Dead representation? Mickey Hart will headline the event that has plenty of improvisation thanks to a spectrum of world music that includes the West African-soaked rhythms of Tinariwen, the Nawlins jazz of the Dirty Dozen Brass Band, the bluegrass of Tony Rice and the sacred steel guitar of Roosevelt Collier.(JH) 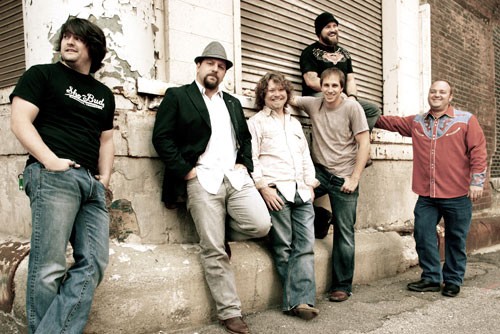 OUR THOUGHTS: Last year's inaugural edition of this Zac Brown Band-curated festival won Best Music Concert from Charleston City Paper's readers, thanks to multiple performances by Brown and a lineup that included My Morning Jacket, Eric Church and Warren Haynes. This year's fest is bolstered by the charismatic Americana of the Avett Brothers, the soulful rock of Grace Potter and the swamp blues of JJ Grey. Where else can you see the leftist politics of Michael Franti's hip-hop-based project Spearhead share a stage with Christian far-right ranter and veteran Southern rocker Charlie Daniels? (JH) 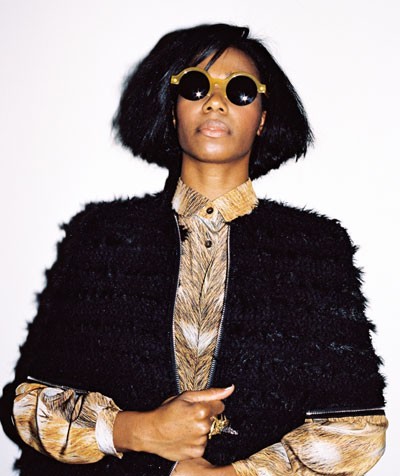 OUR THOUGHTS: Since 2004, the place to experience great electronic music in its historical context is MoogFest, named for the late electronics pioneer Robert Moog and based, for the past three years, in his adopted hometown of Asheville. At recent fests, we've seen dazzlingly adventurous newbies such as Sleigh Bells share venues with bigger names like Jónsi of Sigur Rós and way-out-there experimentalists including Matmos. Last year, four towering vets — Brian Eno, Terry Riley, Tangerine Dream and Suicide — appeared alongside the likes of Flying Lotus and TV on the Radio. This year's lineup — with big names Nas, Thomas "Blinded Me With Science" Dolby and the perennial obnoxiousness of Primus — is comparatively disappointing. But only comparatively. There's still much greatness here, including eletro-popstress Santigold, Wu-Tang genius GZA, N.Y. experimentlists Buke and Gase, Detroit techno trailblazer Carl Craig, and the groundbreaking avant-gardist Morton Subotnick. (Kemp)