New Photo Exhibit Shows NODA Before It Was NODA

Once upon a time, what's today known as gentrified NoDa in North Charlotte was a simple mill village, where the citizens, mill workers, were disparagingly called lintheads. Back in the Day is showing a gallery of photos spanning from the neighborhood's early years to the 1970s. It's an amazing, eye-opening look at a village where workers were more concerned with earning enough to live and feed kids than where to find the perfect condo or place to show art.

One place that shows really interesting art today is NoDa Company Store, which will dispay "North Charlotte: The Villages of Highland Johnston Mecklenburg Charlotte" from opening day July 14 through Labor Day. Here's a little teaser, but take note: these are just a few of the many pieces that will be on display. You have to actually go out and see them to get the full effect. Best of all: it's free.

The captions in the photo essay are from the actual show.

NORTH DAVIDSON MILL WORKERS North Charlotte Inn, later Shue's Boarding House and now the Highland Inn on Alexander Street, was home to single mill workers. Rent was $8 a week and included three meals a day (two on Sunday.) Proprietor Ceola Shue was an avid baseball fan and housed several mill ballplayers, paying them $5 for every home run. Local legend has it that the ghost of a baseball player still inhabits the space. The inn, built in 1903, was meant to be the anchor to a business district that never came to be. It is now apartments. Photo courtesy of the Robinson-Spangler Carolina Room of the Public Library of Charlotte-Mecklenburg County.

GAMBLES' EVOLVED TO GROWLER'S Thomas Durant McCall poses in the business district in the early 1950s. In the background is Gambles' Drug Store, now Growler's Pour House. Photo courtesy of the Robinson-Spangler Carolina Room of the Public Library of Charlotte-Mecklenburg County.

SUPER TRUCK SERVICE (THAT DOESN'T SUCK) The doors give away this NoDa landmark – the Rat's Nest on 36th Street. Photo by Barry Lester/1977 Photo Essay. To purchase: Photo #2 barry@barrylester.com 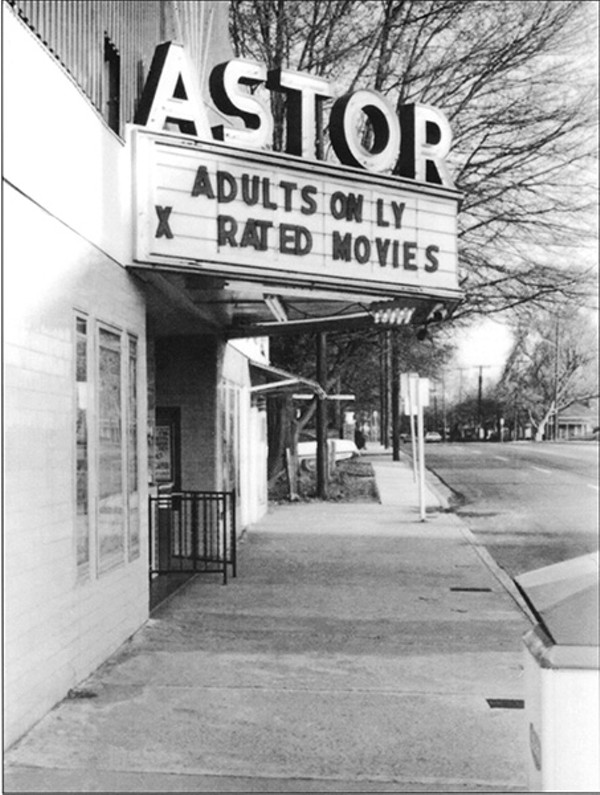 NEIGHBORHOOD'S WILDEST TRANSITION The Astor Theatre was born in 1947 as a traditional movie house and Saturday morning haven for neighborhood children, who could enjoy a double feature and snacks for a couple of coins. By the early 1950s, the Astor was screening B-grade films before closing completely. It reopened in the 60s as Astor Art Theatre ("Carolinas' Most Unusual Theatre") and by the 70s was strictly showing X-rated movies. Rumor has it the apartments upstairs doubled as a brothel during this time. Porn flicks gave way to church services in the 1980s. Then Paul McBroom and Sharon Pate bought the theater and turned it into a full-time music venue in 1997, setting the stage for today's Neighborhood Theatre. Photo by Barry Lester/1977 Photo Essay. To purchase: Photo 4 barry@barrylester.com

TOY STORY You could grab a skin mag, sex toys and catch up on the news with Barbara Walters inside the Astor Art Book Store and Peep Show. Photo by Barry Lester/1977 Photo Essay. To purchase: Photo #7 barry@barrylester.com 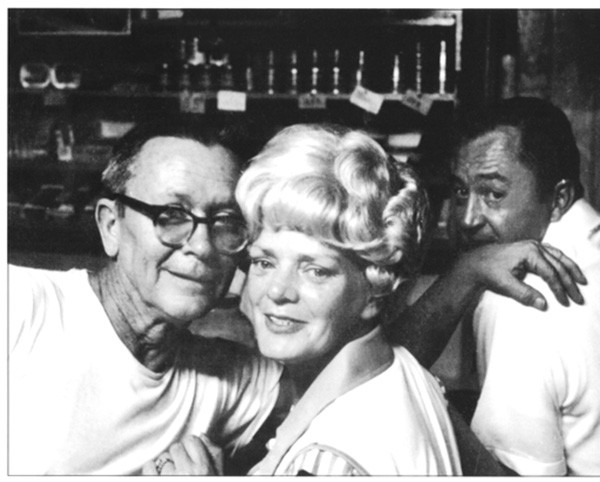 IT'S PAT'S TIME! Locals hang out at Pat's Time for One More in 1977. Pat's Time was a favorite local dive bar years before NoDa was NoDa. It was in a strip of three storefronts that at different times included a dry cleaner, five and ten store, shoe repair shop and a public library branch. Proprietor Pat Nevitt stayed in business during the arts district transition, leasing the adjoining storefronts to 23 Studio and Wrightnow Gallery. The buildings were razed to make room for the 2-story Nevitt building, erected in 2002. Pat's was roughly where NoDa 101 now sits. Photo by Barry Lester/1977 Photo Essay. To purchase: Photo #13 barry@barrylester.com