It used to be that it was easier finding that proverbial needle in a haystack than finding a film festival offering in a Blockbuster Video store. If an indie effort that premiered at a fest didn’t receive any awards or even a small modicum of buzz, there was a good chance it would sink without a trace, never to be heard from again.

These days, the dynamic is slightly different. While there are certainly some efforts that still go MIA, the truth is that the abundance of viewing platforms – movie theaters, cable TV, DVDs, Netflix Streaming, Hulu, Vimeo and more – has made it much easier than ever before to track down interesting movies.

With that in mind, here are the titles (reviewed in screening order) that I caught during my second-half stay at the 18th Annual RiverRun International Film Festival in Winston-Salem. Some may eventually play at a theater near you, while others might simply play on a device on you. But in most (if not all) cases, there’s a good chance these works won’t flicker off once the festival spotlights fade. 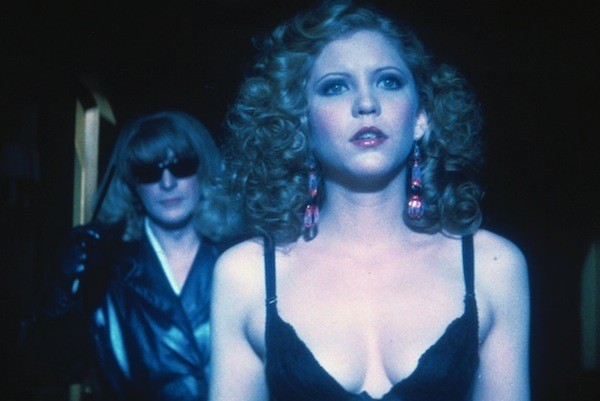 DE PALMA – Brian De Palma’s superb 1980 thriller Dressed to Kill was the first movie that, as a teenager, made me aware of the art of filmmaking and, by extension, the necessity of film criticism. Because of that, I’ve always ranked him among my favorites, and while his career has petered out over the long haul – most of his films from the past two decades have been junk – he enjoyed a noteworthy stretch that birthed such classics as Carrie and The Untouchables. With De Palma, directors Noah Baumbach (While We’re Young, The Squid and the Whale) and Jake Paltrow (episodes of TV’s NYPD Blue and Boardwalk Empire) simply turn on the camera and allow the alternately revered and reviled filmmaker to discuss all of his movies dating back to his Sarah Lawrence College days. It’s a fascinating career overview (backed by ample clips, of course), as he talks about the three early films he made with a then-unknown Robert De Niro, his critical breakout with 1973’s Sisters, his commercial success with the likes of Carrie, The Untouchables and Mission: Impossible, and such box office failures as the cult flick Phantom of the Paradise, the underrated Body Double and the notorious The Bonfire of the Vanities. It’s consistently involving, but it also exists in a vacuum, with no one challenging any of his statements or steering him toward more interesting conversations (a lot more analysis of how he marries his dazzling feats of cinematic derring-do to his stories would have been desirable, as well as more time spent on the controversies that have long dogged him). Still, there’s enough of merit here to recommend it particularly to cineasts.

FIRST GIRL I LOVED – Of the works I screened this year at RIFF, First Girl I Loved easily earns my vote as the best. Coming-of-age films set among the high school set often feel like a dime-a-dozen, but here’s one that will leave audiences feeling like a million bucks. If you doubt that, know that the picture earned an Audience Award at the Sundance Film Festival and – well, well – just repeated that feat here at RiverRun. Dylan Gelula (Xanthippe on Netflix’s Unbreakable Kimmy Schmidt) stars as Anne, a student who, much to her surprise, finds herself instantly attracted to Sasha (Brianna Hildebrand, unrecognizable from her stint as Negasonic Teenage Warhead in the smash hit Deadpool), the star of the school’s softball team. How does Anne’s best friend Clifton (Mateo Arias, late of the Disney TV show Kickin’ It), who of course is smitten with her, take this news? It’s not immediately known, since writer-director Kerem Sanga (whose previous film, The Young Kieslowski, is on Netflix Streaming, as he amusingly kept reminding the audience during the post-screening Q&A) comes up with a unique flashback structure that works beautifully for this film, heightening character conflicts and increasing viewer tensions. The burgeoning relationship between the two girls is handled sensitively and intelligently (and both actresses are excellent), and at a time when heinous right-wing legislators here in North Carolina have once again declared open season on the LGBT community via HB2, the film’s look at the needless drama caused by societal prejudices stings even more deeply. 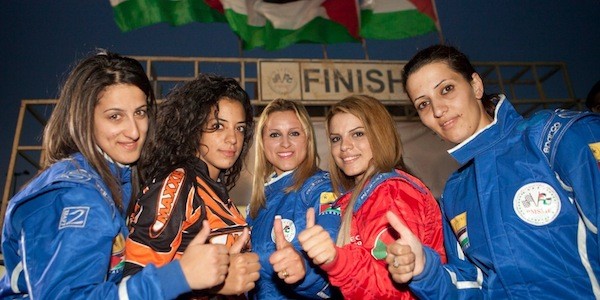 SPEED SISTERS – Director Amber Fares’ eye-opening documentary focuses on five unique individuals who comprise the only all-female race car driving team in the Middle East. The notion of an all-woman racing team would be news anywhere in the world, but in that section of the globe, it’s particularly astonishing. Yet Speed Sisters is the type of nonfiction feature that challenges perceptions at a fast and furious clip, showing how these Palestinian women are by and large supported and celebrated by the men surrounding them in this patriarchal society. Indeed, many of the conflicts are between the women themselves – this is especially true of the rivalry between the smart Marah, generally recognized as the best of the drivers, and the savvy Betty, whose camera-friendly beauty snags her all the TV and magazine coverage. The most dangerous challenges, of course, come from the eternal Israeli-Palestinian war, and one terrifying sequence shows how Betty gets severely injured by a trigger-happy Israeli soldier. All five women are a joy to follow – team leader Maysoon especially impressed me with her achievements and common sense – but I was especially moved by the scenes involving Marah’s father. His love for — and pride in — his daughter is enormously touching, and it demonstrates that even a single seed of feminism can take root in the most unlikely of places.

ANIMATED SHORTS 1 – Animated shorts have always been a big deal at RIFF, perhaps even more so since it was declared a qualifying festival for Oscar consideration in the Best Animated Short category in 2014 (earlier that same year, it was also chosen as a qualifying fest for the Best Documentary Short category). This time around, a total of 35 animated shorts were presented in three separate programs: Animated Shorts 1, Animated Shorts 2, and Saturday Morning Cartoons. Of the 12 I saw that made up that first batch, these were my three faves: 1) We Can’t Live Without Cosmos. An Oscar nominee earlier this year, this uses bright animation, gentle humor and a touch of poignancy to relate the tale of two cosmonauts and their enduring friendship. 2) On Flying Water. Barely two minutes in length, this one centers on the plight of a bunch of dew drops (yes, dew drops). 3) None of That. Narratively, this student film is the most traditional of the bunch, generating Looney Toons-style nyuks in its story of the conflict between a museum guard and an easily offended nun. Honorable mentions go to Animation Hotline, 2015, for its innovative idea (the drawing of answering machine messages left by strangers) and composer Christopher Reyman for contributing an excellent, feature-worthy score to the Mad Max-esque yarn The OceanMaker. 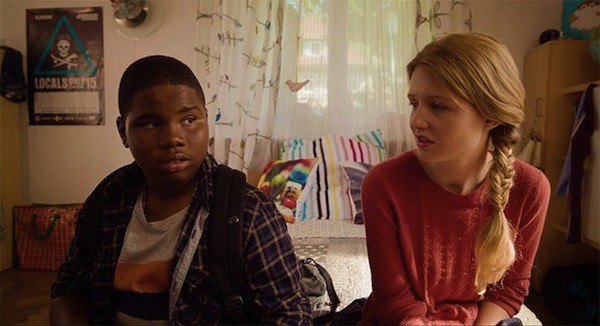 MORRIS FROM AMERICA – Crag Robinson is best known for his comic turns in such projects as Hot Tub Time Machine, This Is the End and TV’s The Office, and it was probably his willingness to stretch just a tad that earned him a special acting award at Sundance for his performance in Morris from America. Because truthfully, he’s no better than anyone else in this low-key charmer – that’s certainly not a knock against him but rather a roundabout way of saying that everyone here is equally memorable. Robinson adds some slivers of drama to his otherwise buoyant turn as Curtis Gentry, a widower living in Germany with his 13-year-old son Morris (Markees Christmas). If the move to foreign soil has proven to be difficult for Curtis, it’s been absolutely torturous for Morris, whose outsider status and own reticence have become formidable roadblocks when it comes to social acceptance. He does befriend a 15-year-old girl named Katrin (Lina Keller), but her unorthodox behavior often confuses him – a less complicated relationship seems to be the one he shares with his tutor Inka (Carla Juri), who clearly cares for him but wonders if his proclivity for writing misogynistic rap lyrics might be cause for concern. Here’s a film where the parts are better than the whole: There’s nothing particularly distinguishable about Morris from America and it doesn’t resonate beyond the viewing, but it does contain many lovely one-on-one scenes between Morris and Inka and especially between Morris and his supportive father. 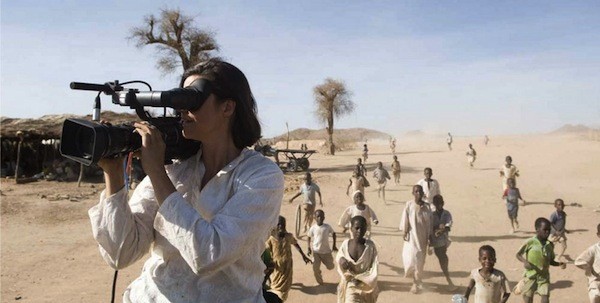 CAMERAPERSON – Kirsten Johnson is a world-class documentary cinematographer whose credits include the Oscar-nominated The Invisible War, the Oscar-winning Citizenfour, and Michael Moore’s doc-blockbuster Fahrenheit 9/11. As she explains in a note at the beginning of Cameraperson, the film is a collection of 100 minutes of various footage she shot for other pictures – a “Greatest Hits” compilation, as it were. Initially, the randomness makes it difficult to fully get absorbed by the movie, as it flits from a Middle Eastern sheepherder to a Western landscape to other global snapshots. But as the film progresses, the topics deepen, particularly once it becomes evident that Johnson will keep returning to certain stories. What eventually emerges is less a diary of the daily grind of a professional cameraperson and more a look at the brutal realities of life around the world, an existence often made tolerable only by the sheer goodness of some people and the precious memories that take shape around the positives. This is a raw and riveting work, with many scenes that are difficult to watch but also impossible to ignore. The RiverRun jurors for the Documentary category awarded Cameraperson a Special Jury Prize “for illuminating the art and legacy of documentary filmmaking.”

FIVE NIGHTS IN MAINE – During the post-screening Q&A session, Five Nights in Maine writer-director Maris Curran stated the importance of finding more roles for black actors as well as for actresses over a certain age. It’s a great sentiment – one that earned robust audience clapping – and Curran has certainly backed up her position by making a movie starring black actor David Oyelowo and 68-year-old actress Dianne Wiest. It’s just a shame the movie isn’t better. Oyelowo, cheated out of an Oscar nomination for playing MLK in Selma, stars as Sherwin, whose wife Fiona (Hani Furstenberg) dies in a car accident shortly after the film commences. Even Sherwin’s sister Penelope (Chi-raq star Teyonah Parris) can’t stir him out of his stupor, a deep-seated depression that results in him merely laying around his Atlanta home, drinking plenty of whiskey. Sherwin finally elects to travel to Maine to visit Fiona’s mom Lucinda (Wiest), a woman who never approved of her daughter’s marriage. The tension between Sherwin and Lucinda is palpable, with the latter’s friendly nurse (Rosie Perez) only offering an occasional reprieve from all the iciness on view. Five Nights in Maine feels less like a complete motion picture than an unfinished skit for an acting workshop – while the performances are fine, the characterizations are too vague to be involving, with Wiest’s mad matriarch particularly sketchy. The decision to shoot practically the entire movie in extreme close-up was only a little less misguided than the decision to shoot with a handheld camera that never stays steady — it didn’t bother me, but my poor wife almost immediately suffered from motion sickness and had to keep her eyes closed for the vast majority of the picture.