Rodney King and the Twilight zone

Sharing the stories of the L.A. riots

Every day, there's some new video going viral, receiving millions of views on the Internet because something about it — a humorous display, an outrageous feat or gratuitous violence — draws in viewers who can't turn away. Yet long before there were websites like YouTube or Vimeo, and years before there was the ability to simply record videos on mobile phones (or even before most people carried phones in their pockets), a video went viral in 1991. It was the beating of 25-year-old Rodney King by a group of Los Angeles police officers.

No matter how old you are, you likely know the story — or at least the sensational parts of it. But your age influences how you view this seminal moment in history, whether from memory or from history books and other archived accounts. Regardless of your generation, though, you'll be intrigued by On Q Productions' presentation of Twilight: Los Angeles, 1992, running now through Dec. 8 at Spirit Square.

On the night of March 2, 1991, King was speeding down a California freeway when the highway patrol threw on the flashing lights behind him. King refused to pull over, and a high-speed chase ensued for several miles before he finally stopped his car. His two passengers got out in an orderly manner as the officers instructed, but King, who was under the influence, wasn't as compliant and resisted arrest. The details of what happened in the next minute or so have been conflicting, but it surely involved a verbal confrontation between King and a half-dozen police officers. One of the officers would strike King with a Taser, causing him to fall to the ground.

At that moment, a Sony Handycam (something of a technological marvel for its time) began to record from several yards away. It was being held by George Holliday, who, after hearing police sirens, walked to his apartment balcony to record whatever the commotion could be. He recorded eight minutes of grainy video footage that would show police officers striking King with their batons more than 50 times across his back, chest, arms, legs and even head — mostly while he was laying on the ground — before he was finally placed in handcuffs.

Two days later, an 80-second excerpt of Holliday's video would be shown on a Los Angeles television news station, then picked up by CNN, and soon broadcast by TV stations all around the country and the world. Americans were astonished by the beating they saw in the video. Many African Americans, in particular, were outraged because they felt King was subjected to this level of brutality because he was black. Shortly after the footage surfaced, four of the officers in the video were arrested and charged with use of excessive force.

When the four white police officers went on trial a year later, a jury consisting of 10 whites, one Latino and one Asian acquitted them on April 29, 1992. And thus began a tumultuous six days known as the Los Angeles riots.

Written and performed originally as a one-woman docudrama by renowned playwright and actress Anna Deavere Smith, Twilight: Los Angeles, 1992 depicts that violent aftermath. Smith interviewed hundreds of people associated with the trial and riots, and incorporated many of their real words into her script. The play opened on Broadway in 1994 and was nominated that year for a Tony Award for Best Play. Now, On Q Productions, the Charlotte-based theater company whose mission is to reflect the African-American experience through arts, is presenting Twilight with a cast of 10 actors and actresses. 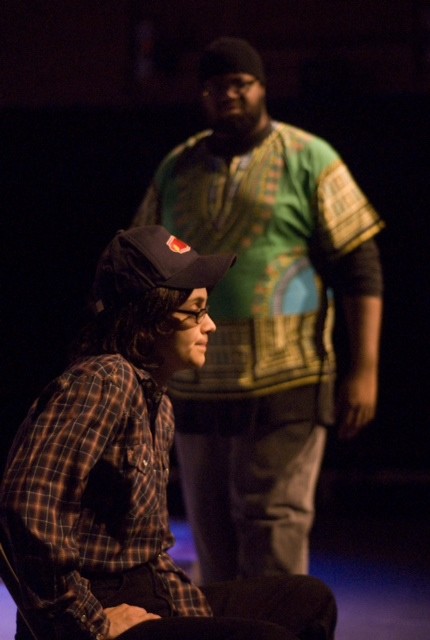 "We have a multi-ethnic cast and they play 36 actual characters in the show," says Eric Paulk, co-director of the Charlotte production of Twilight and managing director of On Q. "You have people of different ethnic backgrounds playing different races, so it challenges the actors, but indirectly it also challenges the audience to put [themselves] into the other person's perspective."

Not only did the L.A. riots bring the kind of widespread racial tension that hadn't really been experienced in this country since the civil rights movement ended decades early, it involved people of several races — not just blacks and whites. Over the course of the six days of rioting, nearly 1,600 buildings in the Los Angeles area were damaged or completely destroyed by arson, looting of retail stores ran rampant, and 53 people were killed, including blacks, whites, Latinos and Asians. 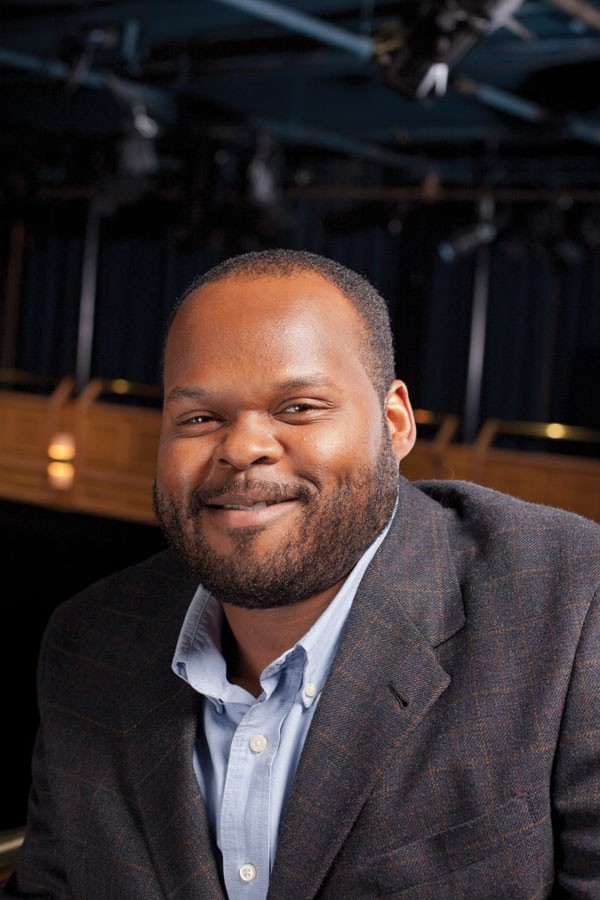 "Most people remember the Rodney King trial and the whole aftermath and how it affected not just the city of Los Angeles but America in general," says Quentin Talley, founder and executive artistic director of On Q Productions. "It affected how we thought about race as it pertained to social justice issues."

Who could forget seeing the TV news helicopter's aerial footage of Reginald Denny, a white truck driver, being pulled out of his truck by a group of rioting black men and nearly beaten to death? And there were also the many, lesser-known victims like Dwight Taylor, an African-American who was shot and killed as he walked home from work, and Eduardo Canedo Vela, a Mexican-American who was driving with two friends in the riot zone when their car broke down. Vela stayed with the car while his friends went to find a payphone; when they returned, he'd been shot and killed. 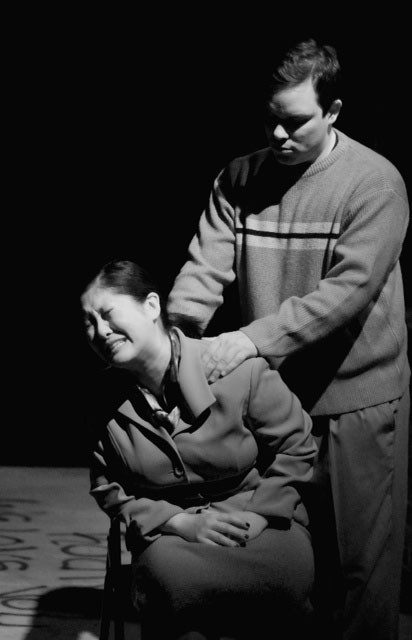 There are stories like these that come to life in Twilight, which is the second play in On Q Productions' season four lineup, which fall under the theme, The Revolution Will Not Be Televised, It'll Be Live.

"When you do a show like this, you're doing what they call breaking the fourth wall," says Corlis Hayes, a veteran theater director and producer who's co-directing this show for On Q. "The audience becomes a character or participant in the play ... In some ways, it might even be uncomfortable for some of our audience members to be confronted that way with racism, sexism and those kinds of oppression modes and behaviors. It's there; you can't get around it."

Malik Edwards, an associate professor at Charlotte School of Law, teaches many students today who are too young to remember the L.A. riots. They're also growing up in a much different era than he did: Edwards was in his first year of law school when the four police officers were acquitted in 1992.

"It was alienating," Edwards says of the verdict. "I was in New York and there were some riots even there. In the midst of it all, I had the chance to sit down with, at that point, the only African-American professor at the school, so we were able to talk about it and it allowed me to put some things into context."

Edwards has interesting ties and perspectives on the King beating, trial and riots. King eventually sued the City of Los Angeles in civil court, and Edwards' stepfather was one of the lawyers who represented him (King was awarded $3.8 million by the court). Furthermore, Edwards' parents, who had him as teenagers, were young Civil Rights activists who raised him on college campuses and took him to protests. Those experiences impacted his views on race and justice.

"For a lot of us, the beating of Rodney King wasn't surprising," he says. "We lived in communities where we knew these things happened. The only change is that it got caught on video. The lashing out after the verdict came back was lashing out based on frustration. I don't know that we actually expected anything different ..."

What you can expect to be different, however, is your perception of this piece of 20th century history after you see Twilight: Los Angeles 1992.

The play Twilight: Los Angeles, 1992 will be presented by On Q Productions through Dec. 8 in the Duke Energy Theater at Spirit Square, 345 N. College St. Tickets cost $24. For showtimes and other details, go to www.carolinatix.org.

A special event, Coffee and Conversations, will be held at 6 p.m. Nov. 30 at Spirit Square. A panel of speakers will discuss the Los Angeles riots and their effect 20 years later. The event will be moderated by journalist Mary C. Curtis. Details: www.youarenowonq.com.