From Suicide Squad to Star Trek and beyond 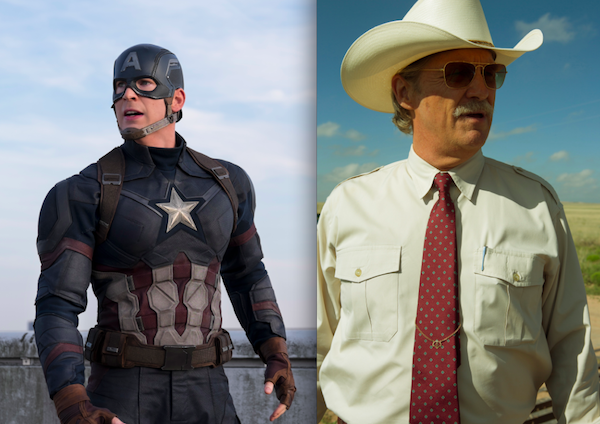 It’s that time of year, when the weather unfortunately begins to chill and we can look back on the summer movie season with some context. Here, then, are some of the seasonal highlights and low points.

Best Impersonation: Ryan Gosling as Lou Costello in The Nice Guys. It's only for one scene, but Gosling beautifully captures the sputtering routine beloved by Abbott & Costello fans everywhere.

Most Logical Marquee Double Feature: Lights Out and The Darkness.

Most Critically Overrated: Popstar: Never Stop Never Stopping. This weak comedy starring Andy Samberg, a mockumentary a la This Is Spinal Tap, boasts a 77% Fresh rating on Rotten Tomatoes. But why?

Most Commercially Underrated: The Nice Guys. It's hard to find anybody who's seen this movie who didn't like it, but it's even harder to find many people who've seen it in the first place. It deserved better than a $36 million domestic take; perhaps like writer-director Shane Black's previous picture, Kiss Kiss Bang Bang, it will garner more fans via DVD.

Best Legs: Bad Moms. This big-screen sitcom opened decently ($23.8 million) but probably should have tapped out around $70-$75 million, based on average week-to-week drops. But favorable word-of-mouth, particularly among older female audiences often underserved by Hollywood, has resulted in a sleeper hit that's about to cross $100 million at the box office.

Worst Legs: Warcraft. This fantasy flick opened with $24.1 million, not a shabby number except for the fact that the film cost $160 million. But with the gamers all having seen it that initial weekend, the box office plummeted a disastrous 70% in its second weekend (most acceptable drops range from 35% to 45%), and its final haul of $47 million marks it as a colossal bomb stateside. (Luckily for the studio, it crushed the international box office.)

Most Forgotten Summer Movie: Money Monster. This George Clooney-Julia Roberts drama opened on May 13, but doesn't it feel like it came out somewhere around October 2012?

Most Insufferable Off-Screen Characters: The misogynistic MRAs and insecure fanboys protesting the casting of (gasp!) women in Ghostbusters. Get a life, losers.

Most Unforgettable Line of Dialogue (for better or worse): "I wouldn't recommend getting in the Jacuzzi. It's a smoothie of old-man semen." — Charlie (Barry Humphries) in Absolutely Fabulous: The Movie.

Movie I'm Most Sorry to Have Missed In Theaters: Kubo and the Two Strings. This critically acclaimed picture hails from LAIKA, the studio responsible for past animated gems like Coraline and ParaNorman. At least I now have something to anticipate on Blu-ray. Runners-up: Don't Think Twice; Southside with You.

Worst Film (Wide): Teenage Mutant Ninja Turtles: Out of the Shadows. Who's down for some turtle soup? Runner-up: Alice Through the Looking Glass.

Best Film (Wide): Captain America: Civil War. The summer kicked off with this marvel at the multiplexes, and then it was mostly downhill after that. Runner-up: Star Trek Beyond.

Best Film (Limited): Hell or High Water. A compelling narrative, complex characters, morally ambiguous situations — are we sure this was a summer movie? Runner-up: Maggie's Plan.

(Source: Box Office Mojo. All grosses are for U.S. only. Grosses as of Sept. 1.)