The 5 Best Songs of Tina Turner 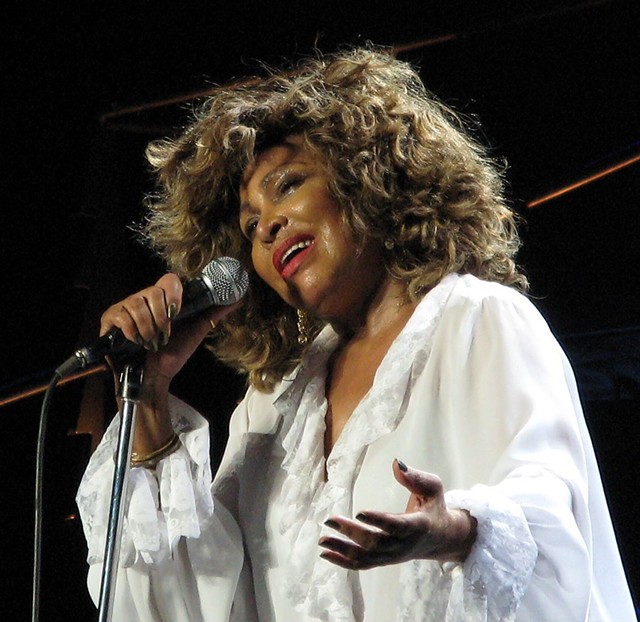 Tina Turner is often called “Queen of Rock ‘n’ Roll.” Her records have generated over 200 million sales throughout the world. But it is so much better to see Turner perform live because you get to witness her

energy and powerful vocals on the stage. She’s won a total of 12 Grammy Awards, 1 Grammy Lifetime Achievement Award, and 3 Grammy Hall of Fame Awards. She also has a star on the St. Louis Walk of Fame and the Hollywood Walk of Fame.

According to the “100 Greatest Artists of All Time” list by Rolling Stone magazine, Turner is ranked 63rd out of 100 artists. On their “100 Greatest Singers” list, Turner ranked number 17 out of 100 singers. And like many popular singers, she dabbled a little bit in acting and film. Her most notable film appearance was the rock musical drama from 1975 entitled Tommy. Some of her other appearances were in Mad Max Beyond Thunderdome and Last Action Hero.

Most people know about Turner’s personal struggles with her ex-husband, Ike Turner. They had a duo act together called Ike & Tina Turner Revue, but they later split up and divorced after the abuse she suffered from her husband. This story was told in the 1993 biographical film What’s Love Got to Do with It, which is also the name of one of Turner’s songs.

Here are the Top 5 Songs of Tina Turner:

John Fogerty was the original writer and performer of the song “Proud Mary.” It was later adapted into a new version by the Ike & Tina Turner duo group. The song begins rather slowly and easy, which was unusual for Turner’s style of singing. However, the duo finished the song more passionately and roughly in order to vamp up audiences. They basically turned a rock n’ roll song into a fun rock song. Years later, after Turner went solo, she continued to sing the song in her live solo acts.

Bonnie Tyler was the first person to sing the song “The Best.” It was for her 1988 studio album entitled “Hide Your Heart.” One year later, Turner performed her own version of the song that became very successful. Edgar Winter performs the saxophone instrumental for Turner on this version. It is safe to
say that Turner’s version of “The Best” is just as popular as Tyler’s version.

“GoldenEye” was the theme song to the 1994 James Bond movie with the same name. Turner performed the song beautifully, and it was a satisfying introductory song to the long-anticipated James Bond movie of that year. When the “GoldenEye” single was released internationally, it topped the
chart in Hungary and ranked amongst the top 5 songs in Switzerland, Italy, France, Finland, and Austria.

Mark Knopfler as the lead singer and songwriter for the British rock band called “Dire Straits.” After he wrote the song “Private Dancer,” he realized that a female singer was better suited for it. Turner was
eventually given the opportunity to do the vocals for the song. It ended up ranking seven on the Billboard Hot 100 chart in the United States and number twenty-seven on the UK Singles Chart.


Tina Turner is 80-years-old and still looks amazing. She has been with her current husband Erwin Bach for over 30 years. He even donated a kidney to her after she suffered from kidney failure. This helped save her life and gave her a way to keep on living. “The Queen of Rock and Roll” may not have the same energy and swagger she used to have, but she is still just as beautiful as ever.