The Cold Light of Day: The pain in Spain falls mainly on viewers | Reviews | Creative Loafing Charlotte
Switch to the mobile version of this page.

The Cold Light of Day: The pain in Spain falls mainly on viewers 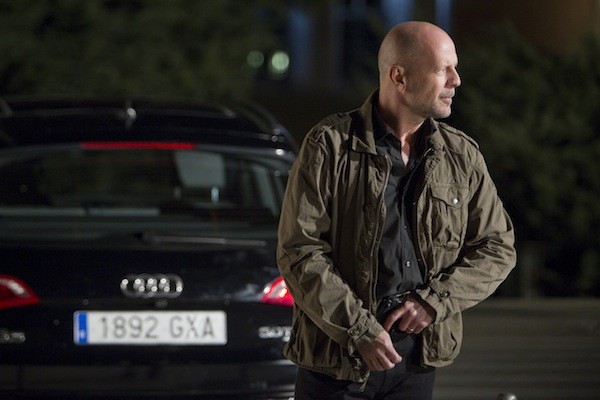 Madrid will always hold a special place in my heart, as it was in the Spain capital where 10th grade student Matthew Brunson, in town from next-door Portugal for a high school basketball tournament, got inebriated for the first time in his life, playing a game of "Quarters" while The J. Geils Band's "Freeze Frame" blared in the background. I bring this up only because, after sitting through the Madrid-set thriller The Cold Light of Day, I surely could use another stiff drink.

Sigourney Weaver doubtless would be happy to join me at the bar. It's difficult to feel sorry for pampered Hollywood stars who make more money in an hour than most of us make in our lifetimes, but there is a pang of pity whenever a formidable talent is reduced to appearing in dreck like this. Weaver, who last year suffered the indignity of backing up Taylor Lautner - Taylor Lautner, for God's sake - in the daft Abduction, now finds herself essaying the role of the villain in another action flick that's nearly as dopey. As the duplicitous CIA agent Jean Carrack, she squares off against Will Shaw (Henry Cavill), who's after a briefcase that Carrack swiped from Middle Eastern spies (we never learn the contents of the briefcase, but don't expect a denouement worthy of Kiss Me Deadly or Pulp Fiction). The ruffians are holding Will's family hostage, and they'll kill the clan unless the briefcase is returned to them. Carrack isn't about to let that happen, and with the help of her weaponry and her vehicle, she seemingly destroys half of Madrid to achieve her goal.

It's hard to tell whether Weaver is patterning her performance after Schwarzenegger's taciturn turn in The Terminator or if she's merely embarrassed by the whole thing, but either way, she's woefully ineffectual. Cavill will be playing Superman in the upcoming Man of Steel, but based on his charisma-free work here, he appears to be no Christopher Reeve - or Brandon Routh, for that matter. As for the film itself, its dialogue is dull, its characters even more so, and its action sequences pack all the excitement of a Tide commercial. It seeks to emulate the Bourne films but merely ends up stillborn.

The Cold Light of Day is not showing in any theaters in the area.