The Drop gets a rise | Reviews | Creative Loafing Charlotte
Switch to the mobile version of this page.

The Drop gets a rise 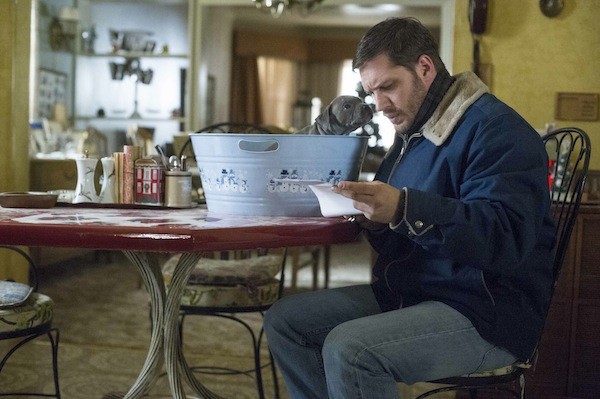 Hollywood heavyweights have had such a blast bringing Dennis Lehane novels to the screen that it's no surprise the author himself has elected to get in on the good times. In the wake of Clint Eastwood's Mystic River, Martin Scorsese's Shutter Island and — the best of the bunch — Ben Affleck's Gone Baby Gone comes The Drop, with Lehane adapting his own short story "Animal Rescue."

With Lehane's screenplay firmly in hand, director Michaël R. Roskam (Belgium's Oscar-nominated Bullhead) makes his U.S. debut with confidence and style, helping turn what could have been just another formula crime flick into something exciting and even unpredictable. The title refers to the Brooklyn bars where gangsters deposit illegally acquired loot that will later be picked up by their bosses. One such place is a small joint that used to be owned by Marv (James Gandolfini) until the Chechens showed up and took over everything. Once an important figure around the hood, Marv now has been reduced to middleman status, running the bar and nothing else. His most loyal employee is his cousin Bob (Tom Hardy), a sensitive sort who works there as a bartender. Tom's basically a loner, but his single status ends up taking a severe hit on two fronts: Nadia (Noomi Rapace), a street-smart neighbor who slowly warms up to him, and Rocco, the adorable pitbull puppy that he finds inside a trash can, beaten and abandoned. But these glimpses of normalcy and domesticity are compromised by the sudden presence of Eric Deeds (Matthias Schoenaerts), a possible psycho making claims on both Nadia and Rocco. And if Eric's devious machinations aren't enough, Tom also has to contend with the aftermath of a holdup at the bar, with the Chechens insisting that Tom and Marv find and return the missing money ... or else.

Roskam's gritty direction and Lehane's incident-packed script are both noteworthy, yet what truly sells The Drop are the sterling performances from all involved. The part of Eric Deeds lends itself to the casting of a physically imposing individual, yet Roskam cannily placed his Bullhead star in the role, with Schoenaerts justifying his selection by employing his delicate features, soft voice and milky eyes to unsettling effect. Rapace, she of The Girl with the Dragon Tattoo and Prometheus, adds to her gallery of tough yet bruised survivors with another effective performance here. Hardy anchors the film with a compelling turn that's equal parts coiled tension and sincere soulfulness, and it can't be much longer before this outstanding actor lands a showcase role that places him squarely in the middle of awards season. But let's save the last word for Gandolfini, who passed away in June 2013 with two films still awaiting release. The lovely Enough Said hit theaters last fall, meaning that The Drop stands as his final big-screen appearance. He's excellent in the picture, and considering he's best known for his work on TV's The Sopranos, it's fitting that he makes his swan song with another piece of crime time programming.