The good humor men | Reviews | Creative Loafing Charlotte
Switch to the mobile version of this page. 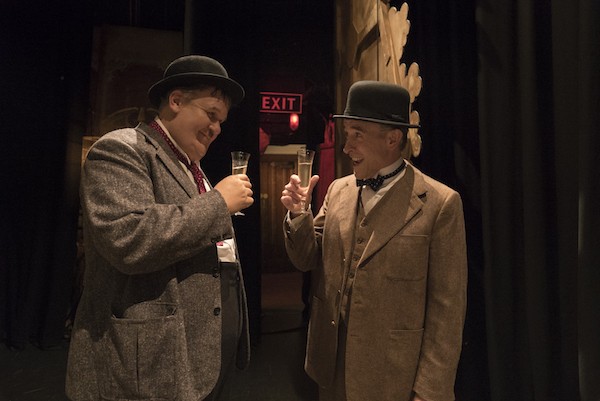 Among the eight Academy Award nominations recently earned by Vice is one for Best Makeup and Hairstyling, honoring the team that helped turn Christian Bale into Dick Cheney. Perhaps not as many prosthetics were needed to turn stout John C. Reilly into stout Oliver Hardy — or skinny Steve Coogan into skinny Stan Laurel, for that matter — but the handiwork on display in Stan & Ollie (*** out of four) is remarkable and should have earned an Oscar nod as well.

Ultimately, though, it’s not the makeup that propels Stan & Ollie but rather the men who have been tasked with bringing the comedy legends to life. Coogan and Reilly are nothing short of sensational as the beloved stars who inspired and influenced subsequent generations of comedians. The bulk of Stan & Ollie is set in 1953, long after the team’s standing as one of cinema’s most popular attractions has ended. Now coping with failing health and falling finances, the two agree to partake in a stage tour across the United Kingdom, hoping in the process to secure the backing to make a motion picture spoof centered around Robin Hood (Rob ‘Em Good is the proposed title).

Perhaps only viewers of a certain age — or at least viewers with an interest in classic cinema — will fully be able to appreciate Stan & Ollie, a gentle valentine that embodies an enormous amount of love and respect for its title characters. This isn’t a warts-and-all biography — while there does exist some tension between Stan and Oliver (due to career choices made by each individual in earlier decades), the focus is on their mutually beneficial relationship and how it sustained them even during the lean times. And Coogan and Reilly so expertly recreate many of the team’s signature moves — Stan’s hair-twirling, Ollie’s “Well, here’s another nice mess you’ve gotten me into” catchphrase, their bowler-hat routine — that fans who long ago relegated them to the sidelines for more recent and raunchier comedians might suddenly feel a pronounced sense of yearning. Luckily, DVD listings on eBay and Amazon provide plenty of opportunities to scratch that nostalgic itch.