A festival for the Carolinas 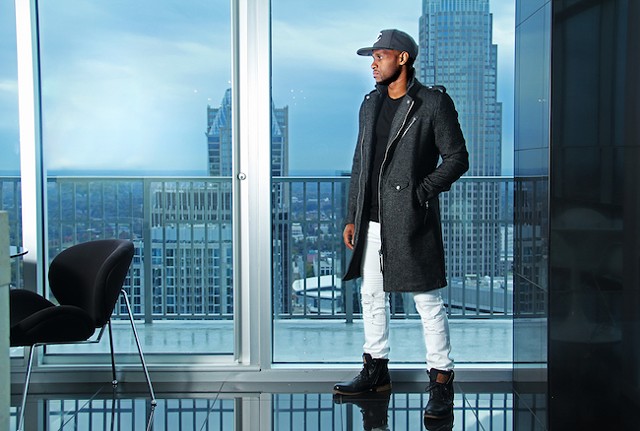 By day, Oliver J. Crooms IV works for corporate America, but his true passion is film.

To that end, Crooms is launching the inaugural Carolina Film Festival on Oct. 13 at Johnson & Wales University's Hance Auditorium from 2:45 to 6 p.m. The one-day event is free to the public and includes screenings of nominated films in six categories. It also features a panel Q&A session including director and owner of Domino Effect Productions, Marcus Small; producer and co-owner of 1555Filmworks, Eric Small; and Atlanta actress Joslyn Hall. On-air television personality for WCCB News Rising Tonya Rivens will also be present to receive a humanitarian award.

The Charlotte-based film festival landscape is a crowded field — Charlotte Film Festival programming director Jay Morong reckons that the city currently hosts over 15 festivals devoted to movies and moviemakers, but Crooms is determined to separate his newcomer festival clear of the pack.

Creative Loafing: Where are the films coming from for this inaugural festival?

Oliver Crooms: We're partnered with FilmFreeway, which is a third-party company where people submit their films. We received films from all over the world — films from India, China and Canada.

What cuts this festival from the pack?

We're also excited to be bringing in filmmakers from all over the world and presenting panels with distinguished guests who are spearheading and trailblazing in the industry. There will be Q&A panels and speeches to motivate and encourage people.

How many films will be screened at the festival?

We have six different categories and each category has five or six different films in it. We have Best Short, Best Trailer, Best Music Video, Best Drone Short, Most Creative and Best Director. We have only 18 nominees but we received tons and tons of submissions. We narrowed it down to the nominees that are going to be screening. Our first year is all shorts. Everything that is going to be viewed at the festival is no longer than 25 minutes.

How did you come up with categories like Best Trailer and Best Drone Short?

I'm a filmmaker myself, and I love the process. There are certain things that I believe do not get as much love and attention as they should, like trailers, for instance. Making a trailer is an art. In two or two-and-a-half minutes you have to give somebody a feeling of what the story is without saying too much. You have to give viewers a taste of the project and leave them wanting more.

The trailer for Avengers: Infinity War was one of the most epic trailers of the year. It gave you a good idea of who the villain was, and what the villain's motivation was, without showing too much. It also built up anticipation for the film. Those were our standards for judging trailers.

Similarly operating a drone to make a film is a complex craft and art. A qualification to submit your film for Best Drone is that a certain percent of the shots have to be done with a drone. If you do it the right way, you can make a cool and innovative narrative story following somebody with a drone. That is another reason we are different from other festivals, not just in the Carolinas but in the country, I don't see a lot of festivals with the drone category. I think that's something that is going to create sparks and we'll see a lot more of that [category] after us, because it's a neat category.

What would you like people who attend to take away from this festival?