What Happens When You Bring Pumpkin Spices to Hunting Camp? 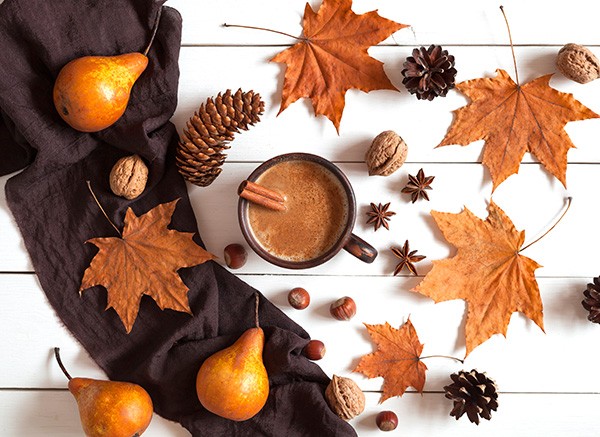 PSL for dudes at hunting camp.

There are some traditions at elk camp that are not to be broken.

There will be snoring, booze, dirty dishes, gratuitous belching, and profane utterances never to leave the sacred wall tent. There may or may not be animals taken, but there will be a party of hunters hitting it hard by day, looking to rest and replenish at night.

Interestingly enough, there is no prohibition against pumpkin spices at hunting camp. Quite the contrary, it turns out.

Until about 14 years ago, pumpkin spices stayed in familiar culinary territory, adding their aromatic flavors to pies, cookies and the occasional glass of holiday eggnog. It was an open secret among adventurous chefs that the spices could be applied elsewhere, but doing so was rarely the selling point that it is today.

Starbucks introduced the Pumpkin Spice Latte (also known as PSL) in 2003. Since then more than 200 million PSLs have been sold, and the pumpkin spice umbrella has grown far beyond the coffee chain. Pumpkin spices have become a major food trend, anointing about $500 million worth of food products (not to mention candles, soap and swag) annually, and they appear in processed foods like Godiva truffles and Pringles potato chips, as well as the cookies and Pop Tarts that I impulse-purchased en-route to hunting camp. There is even Pumpkin Spice insurance coverage, because, you guessed it, pumpkin spices are good on everything.

We know pumpkin spices can liven up a bowl of morning oatmeal, but would they work in a big greasy breakfast, or a chunky, savory supper? Would pumpkin spices mix with whatever drink might be within arm's reach of one's hunting camp chair? These are the questions I went to investigate.

As I prepared to get out of town, I decided to calibrate my pumpkin spice-o-meter to the original elixir: the Starbucks PSL. But the drive-thru line was 16 cars long, spilling around the parking lot and onto the street. I wasn't getting into that, and was afraid if I parked and went inside, my car would get trapped by the ever-expanding drive-thru line. I decided to wing it. The clock was ticking and I had to get out of town.

Anyway, Starbucks didn't really invent the pumpkin spice latte, much less pumpkin spices, which have been used together for centuries. A batch of pumpkin spices is typically about half cinnamon, followed by smaller amounts of ginger, nutmeg, allspice and clove. But the formula is most customizable. I was in a rush, so I bought some premixed powder at the store. I also bought a rotisserie chicken. Driving home, the smell of pumpkin spices mingled with the smell of baked chicken, and it felt right.

As I packed my stuff, I followed the guidance of an enthusiastic YouTuber, Talk Becky Talk, and learned her method of homemade PSL from scratch. Hers, like the Starbucks version, is prepared by mixing coffee with premade pumpkin spice syrup. Her spice mix, nutmeg-heavy and clove-free with added black pepper, demonstrates the range within which this mixture can be customized.

Start with a pie pumpkin — or any other squash that's good for baking, such as acorn, kabocha or blue hubbard, to name a few. Peel it with a sturdy, sharp knife; clean out the seeds and innards, and cut the meat into one-inch chunks.

Arrange a pound of the pumpkin/squash chunks in a baking pan, and sprinkle with 1/2 teaspoon allspice, a heaping teaspoon cinnamon, 1/2 teaspoon ground ginger, a pinch of black pepper, and one whole freshly ground nutmeg.

Becky has quite the sweet tooth, and you can follow her as far as you dare. She adds a tablespoon of vanilla extract, three ounces of soft brown sugar, and four tablespoons maple syrup. Think sticky caramel.

Add 1/3 cup water, stir it up really well with a spatula, cover in foil, and bake at 350 degrees for 50 minutes — until the pumpkin is nice and soft. Then allow it to cool to room temperature.

Put the remains in a saucepan, boil for 10 minutes and allow to cool. Add water (I used almond milk) to dilute if it's too thick, and blend until it is smooth and silky. Pour into a sealable glass jar.

Becky's PSL is the best ever. I jumped in my rented pick-up truck and drove through the night to the best hunting camp ever.

They mocked me when I arrived with my pumpkin spices. Soon enough, though, it was I who was doing the chuckling, as my cohorts lapped my pumpkin spices in whatever form I served them. Breakfast, lunch, dinner — I put my pumpkin spices where I wished and they loved it. (The only pumpkin spice-related friction happened when some barbarian contaminated the pumpkin-spice syrup with mayo.)

I cooked with the premixed pumpkin-spice powder, and used the syrup as a condiment. The syrup made everything taste better, and the boys were particularly game to explore the various adult beverages beyond coffee with which Becky's syrup could be mixed.

Much progress was made.

Cooking with my dry pumpkin spice powder was rewarding too. As soon as it hit a greasy pan, the smell would permeate the camp. It was a cheerful smell, easing the regrets and soothing that whole-body ache that only chasing an elk (or deer, if you're in the Charlotte area) across miles of rough country can give.

For a snack, I pulled apart the remains of that rotisserie chicken and added the pieces to a pan of bacon, along with some chopped onions and two tablespoons of pumpkin spice powder. It slowly cooked down into a something of a Mexican mole: A dark, complex, rich, delicious chicken and bacon mole. If only I had saved the pumpkin seeds; a little chocolate powder would have put it over the edge.

I had other spicy ambitions as well. Pumpkin spice pizza, mini-muffins, french toast. Maybe even some handmade pumpkin spice gnocchi with sage butter, if the boys were good. But after a hard day stalking the wily wapiti, it was all I could do to pour the appropriate form of pumpkin spices onto the appropriate dish, and enjoy.

Nobody complained about pumpkin spices cooked into the spicy elk chile, or on the refried baked chicken, or the bacon and eggs, nor did they seem to mind the syrup in Greek yogurt, or mixed with rum.

Alas, we never did get to try the spices pan-fried with elk blood. But someday we will, and that will be a cheerful smell indeed.