Blumenthal facilities continue to buzz with wordplay this week, as the 23rd Annual National Poetry Slam winds down its preliminary bouts and kicks into semi-finals (Friday, Aug. 10) and overall finals (Saturday, Aug. 11) during the five-day competition that's brought more than 300 poets from across the U.S. and Canada.

The National Poetry Slam, which started in 1990 in San Francisco, has annually hosted its competition in various cities across the U.S., making it one of the most prestigious of its kind.

"In terms of teams in a poetry competition, the National Poetry Slam is the biggest. We have 74 teams this year," says Bluz, aka Boris Rogers, a host city coordinator for the event and MC/slam master of the local team SlamCharlotte.

This is the first time National Poetry Slam has stopped in Charlotte, though other notable poetry slams, including the Individual Poetry Slam and Southern Fried, have visited in the past.

In the competition, teams of four to five individuals perform together and sometimes on their own in front of audiences. Judges are chosen randomly to rate performers on a point scale of one to 10. Based on their scores, teams with the most points and highest ranking move on to the next level.

There are no rules on form, so anything from free verse to rhymes, haiku or sonnets are game, as long as they aren't plagiarized and don't run more than three minutes and 10 seconds (if they do, teams will face point deductions).

CL caught up with three competing slammers who shared info about their styles, inspirations and slam experiences.

Muse/style: "I would say my work is pretty focused on social justice issues, and it's also generally very autobiographical. There are definitely a lot of themes of social justice in my work, but also in a lot of my life and the organizations I work with."

Fun fact: In 2008, Smith released Picks, Pistols, and Prayers, a spoken-word album that features a track dedicated to activist Huey P. Newton. Smith also collaborated with Belgian industrial electro rockers Psy'Aviah for a song called "Moments," after the band approached her via the Internet. "The video was fairly controversial. It got banned from YouTube," says Smith. "They thought that the language was too explicit, but actually there was no cursing anywhere in it. There was no actual violence or nudity, but there were some suggestive things. It was certainly disturbing and uncomfortable." Smith is currently collaborating with the group again, though she's yet to meet the members face-to-face. 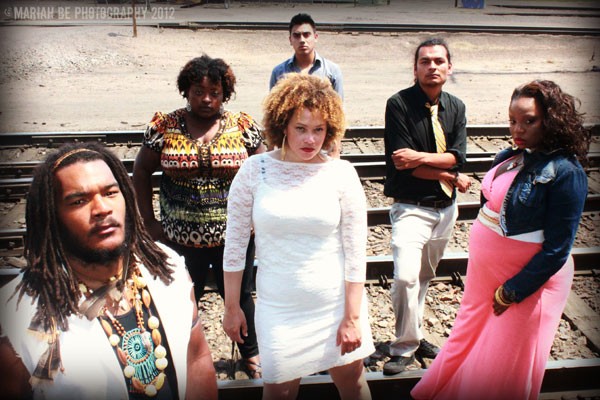 Team: "We are four strong," Perch boasts. "Britta Bardour, Tanya Neumeyer, Noah Kaplan and I are making beautiful and disgusting poetry together."

Muse/style: "I like to think that I write porn-etry, so that other people can feel better about harmless perversions. My pieces are narrative and mainly personal."

Boris Rogers aka Bluz of SlamCharlotte

Big wins: "SlamCharlotte was the winner of the National Poetry Slam in 2007 in Austin, Texas, and 2009 in Madison, Wis. Back-to-back wins are rare and had never been done by the South until we did it."

Muse/style: "Lately, my theme has been about my daughter and being a father. I tend to write about what I see and what I know. Generally, it's just the human experience, the things we all go through."

The slam experience: "I think when people who have never been to a slam see one, they're impressed. I've never met anyone who said they did not like it. I've met poets who have done slams and said they hated it, but I've never met anyone who has come to hear and be a part of the experience and not liked it. I think it's because the energy is so different than what they're expecting."

For more information on the event, including a full list of attending teams, the competition schedule and participating venues, and ticket prices and availability, visit www.nps2012charlotte.com.