Local Discovery: For the love of chin-chin

“You have to have a love of people before you cook,” said the comforting female voice over the phone. “You must make it from the heart.” Because of the Nigerian accent, though, it sounds more like “You mus mek eet from de hot.”

Edith Eekwem moved to North Carolina in 1987 to escape a troubled country. With her, she brought a love of African food and a treasured recipe for chin-chin, a sweet and crunchy African snack. 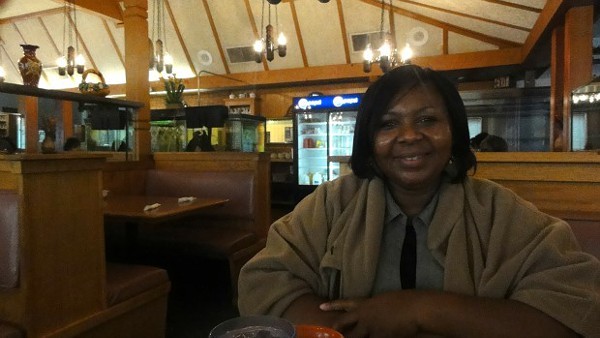 Chin-chin is a simple mixture of butter, flour, eggs, milk and nutmeg, which is cut into tiny squares and deep-fried to create crunchy little cookies traditionally served at festive occasions like weddings.

I first discovered Edith’s chin-chin at the Quality & Convenience African Store in Plaza Midwood. Store owner Diana Ahenkoro pointed me toward a shelf holding the inconspicuous bags hand-packaged and filled with this animal cookie meets Africa. A hand-typed label on the bag left a phone number and little else. 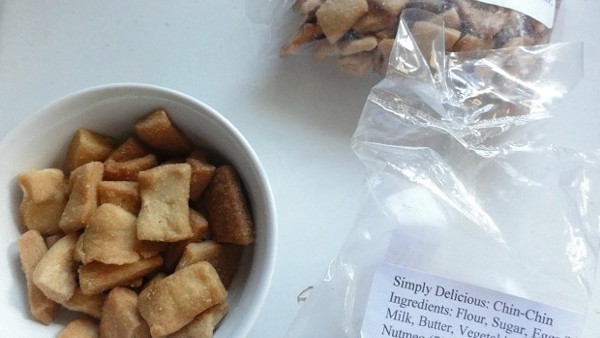 It would be a month before my phone call to the number on the chin-chin bag would produce a meeting. Eekwem manages a hectic schedule studying divinity, working and being a mother. She also had a very real need to pray before agreeing to meet me.

We spoke on several occasions and she told me that she began making the chin-chin in 2009 for a friend’s wedding. Soon after, people began asking for the tiny treats, and chin-chin production took on a life of its own. During our conversations, I noticed a particular joy in her voice when she spoke of the chin-chin. A child-like giddiness emerged every time she mentioned them.

Over breakfast one morning, Eekwem tells me that she was looking for a way to reach people all over the world. In fact, she asked for this very thing in prayer.

“It touched my heart to do chin-chin. I wanted to reach India, China, everybody,” she says.

Over time, her chin-chin came to be sold in many places, including the New Century Supermarket, the grocery store off North Tryon that caters to many Asian people — Chinese included. 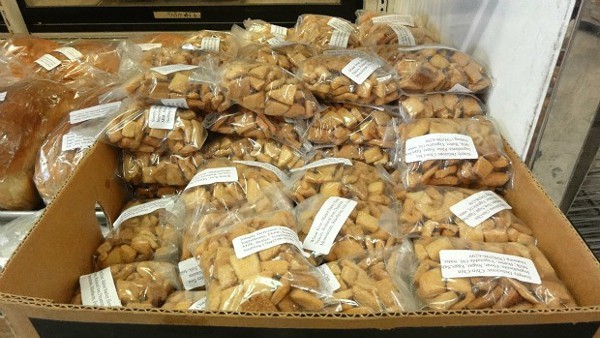 One day, Eekwem relays, she received a call from an Indian man asking her to make chin-chin for a birthday party he was hosting. He had tasted her pastries at another event — and so, the domino effect goes.

Eekwem talks about the “mysterious bonding power of food,” as she shares story after story of her interaction with various customers from different backgrounds. It didn’t take long for her to realize that her prayer was answered. Eekwem's chin-chin reaches people from all over the world, right here in Charlotte.

Moreover, her joy of cooking is palpable. For Eekwem, these tiny morsels are more than just nostalgic treats — they are her acts of love.

Keia Mastrianni-McGrath loves to tell stories about local food products and the people behind them. When she's not scouting out local discoveries, she's steadily working in her vegetable garden, spending time in the kitchen and nosing through cookbooks. She maintains a happy food blog called The Sunnysideup where she shares recipes and her culinary adventures.