'Daddy' Is Bleeding Into Popular Usage and Provoking Consideration of Our Own Desires | QC After Dark
Switch to the mobile version of this page.

Who's really your daddy?

The word "daddy" makes a lot of people uncomfortable. 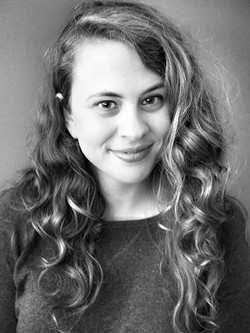 So, what is "daddy" all about, really? Does it have anything to do with "daddy issues?" Sigmund Freud would say yes (obviously). He developed the theory of the "feminine Oedipus attitude," which described the phenomenon of women competing with their mothers for the sexual possession of their fathers.

It's this specter of incest and Freudian psychology that makes some uncomfortable.

As one friend pointed out, "If I'm choking you and biting you and fucking you, then I'm most certainly not your daddy."

Fair. But I'm skeptical that someone's desire to call their partner daddy has much to do with their biological father at all.

I called up Dr. Kent Brintnall, a sexuality and eroticism professor at UNC Charlotte, for a philosophical perspective.

"I think it's fairly safe to say that part of both the discomfort but also the pleasure is because it raises this kind of transgressive notion of the parent-child relationship."

"In the same way, people interested in puppy play, if presented with the actual possibility of bestiality, would be like, 'No!' Like, no, that isn't what this is about."

For more insight, I turned to that other fount of wisdom and expertise: Facebook.com.

When I posted a status asking whether "daddy" was sexy or not sexy, many responses were unequivocal:

Other responses went into a level of detail I didn't expect:

"Not exactly sure why but it makes me totally lose focus."

"I think it's hot, but it has to be used sparingly and preferably close to climax."

One comment seemed to sum up a healthy approach to sexuality in general:

"I think it's fine if the other person thinks it's fine!"

In my conversations about this over the last couple of weeks, I found that everyone seems to have an opinion.

Many have considered their own desire to use daddy or not, or they've encountered a preference for it from a partner.

But what is that desire really about?

I'm not the first columnist to wonder. Back in 1922, when "daddy" was all the rage, Los Angeles Times columnist Alma Whitaker speculated, "Doesn't it look like a tender longing for authority, a pathetic craving to be enthroned once more in domesticity? A back-to-nature and the superlatives of paternity?"

Playing with power in bed can be about seizing control when the rest of the world feels unmanageable.

Or, on the flip side, it can be about feeling temporarily unmoored from the weight of daily life.

In a cultural moment marked by bitter division, I won't begrudge anyone's attempts to achieve a transcendent connection. Even if those attempts can be just a little bit weird.