Film / News Twilight & Let the Right One In: Out for blood 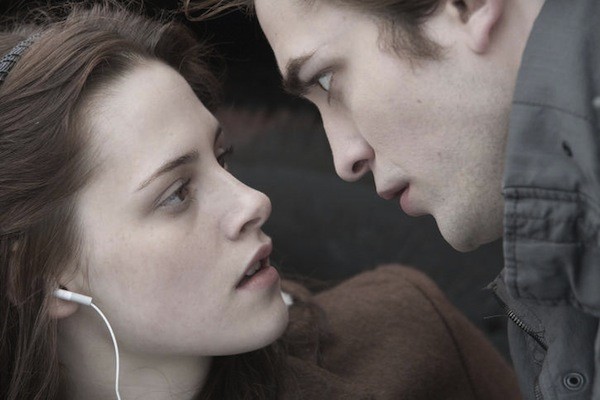 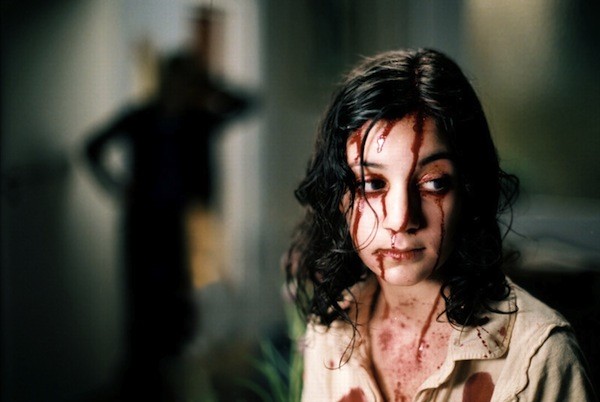 Let the Right One In

LET THE RIGHT ONE IN

Two vampire movies opening locally within days of each other — logic dictates that they be reviewed together, right? Then again, perhaps it's a silly approach, along the lines of that perpetually raging debate involving apples and oranges.

After all, on one hand, we have a mainstream, PG-13 adaptation of a bestseller that has been all the rage among young, mostly female readers. On the other, we have an R-rated foreign-language feature that's been the critical darling of film reviewers and independent film buffs alike. Forced to attend, many fans of Twilight (opening today) would doubtless spend the entire running time of Let the Right One In text-messaging their BFF about the boring movie they're presently enduring, while many admirers of Let the Right One In (opening next Wednesday) would doubtless flash their presumed intellectual superiority by openly scoffing as Twilight unspooled before their jaded eyes. The truth of the matter, though, is that each side can feel comfortable with its preference, and more adventurous audience members (and most diehard film fans) can catch both titles and realize that the real lesson here is how the vampire genre continues to be potent enough to spin off in varied and interesting directions.

Working from the first novel in Stephenie Meyer's literary franchise, director Catherine Hardwicke and scripter Melissa Rosenberg have made Twilight a love story first and a vampire tale second. Kristen Stewart stars as Bella, who moves to the small town of Forks, Washington, to spend time with her police-chief father (Billie Burke). Before long, she finds herself drawn to the enigmatic Edward (Robert Pattinson), who, like all his siblings, sports a pasty-white complexion and avoids the company of the other high school kids. But he soon discovers that he is likewise drawn to Bella, and as their relationship grows, he eventually exposes his true nature to her.

Twilight is occasionally overwrought, yet Hardwicke turns that into a blessing rather than a curse. The astute director, who previously helmed the raw and uncompromising Thirteen, understands her teen protagonists well, and rather than speak down to them (and, by extension, to the film's youthful viewers), she allows their angst-filled behavior, their oversized emotionalism, to register as the most important thing in the world (because, to a teenager caught up in the moment, that's exactly what it is). This ripeness in the movie's form and content fuels the heated romance between Edward, who worries that he can't control his bloodlust around his beloved, and Bella, who eventually declares that she wants him to lose control. The romantic sessions between Stewart and Pattinson have an aching sweetness to them, marred only by an obtrusively florid score (by the usually reliable Carter Burwell) that threatens to turn these sequences into Viagra for Teens commercials.

The movie has fun dabbling in the clichés of the high school flick, although it saves most of its innovation for bending the rules of the vampire game: Twilight's bloodsuckers can move about during the daytime (albeit only on cloudy, overcast days), and especially interesting is that this particular clique considers itself vegetarian because its members only eat animals, not humans. There's some late-inning action when Edward and his family must stop a "bad" vampire (Cam Gigandet) who's determined to snack on Bella's blood, but this part of the film feels rushed and tacked-on. Clearly, Hardwicke's interest remains firmly on matters of the heart — a heart unencumbered by the traditional wooden stake, of course.

In the final analysis, Let the Right One In is superior to Twilight, although in the annals of vampire cinema — a rich vein that has already produced definitive flicks with Bela Lugosi and Christopher Lee, two wondrous Nosferatu masterworks, and even a bloodsucking ballet (Dracula: Pages from a Virgin's Diary) — it would be a stretch to claim that it ranks in the highest echelons of the genre. But it comes closer than one would rightly suspect.

A Swedish import that uses its frozen environment to great advantage, this picture, like Twilight, shows the effect that a vampire can have on the social life of a school-age loner. Here, the central kid is Oskar (Kare Hedebrant), a 12-year-old boy who has no friends and who's the constant target of the school bully and his sycophants. One night while hanging around his apartment complex, he meets his new neighbor: Eli (Lina Leandersson), a mysterious 12-year-old girl. Eli tells Oskar right off the bat that they can't be friends; what she doesn't tell him is that it's because she's a vampire. But Eli is every bit as lonely as Oskar, so the two end up spending a lot of time together. Oskar doesn't always understand Eli's behavior — for example, why eating candy makes her violently ill — but he accepts every aspect of their friendship in a matter-of-fact manner. Meanwhile, her empty stomach continues to rumble, and the other neighbors are looking mighty tasty.

From the Frankenstein creature to the wolf man, the movies have frequently given us sympathetic monsters. There have even been pitiable vampires, yet it's possible that little Eli is the most tragic of all. With no backstory on hand, we have no idea what led to her present situation, but it's poignant when she tells Oskar, "I'm 12. But I've been 12 for a long time." Her craving for blood can't be helped, yet it's still chilling to watch the manner in which she descends upon one of her victims (almost as chilling as the later scene in which the victim, now tainted by vampire blood, is attacked by a roomful of frenzied cats). But it's Eli's friendship with Oskar that redeems her, and helmer Tomas Alfredson, working from an astute screenplay by John Ajvide Linqvist (adapting his own novel), emphasizes this connection with a lovely directorial touch: During the bloody climax, he focuses not on Eli's blood-splattered mouth but on her twinkling eyes, ones that wrinkle slightly as she stares approvingly at the best friend a vampire ever had.

Tags: Film, Movie Review, Twilight, Let the Right One In