Are there any locally-based food products that you can buy nationally? My folks are diehard foodies who live in Pennsylvania, and they've asked me several times what they can buy back home that will give them a little taste of Charlotte. Any suggestions? - Robert Lissen, Charlotte

Chattanooga, Tenn., lays claim to the Moon Pie. Dayton, Ohio is debating with Leominster, Mass., over who is the grandfather of the American potato chip and Winston-Salem insists they're the home of the Krispy Kreme doughnut, though some research points to Kentucky and Tennessee. So what's the Charlotte-Metro region's claim to fame? 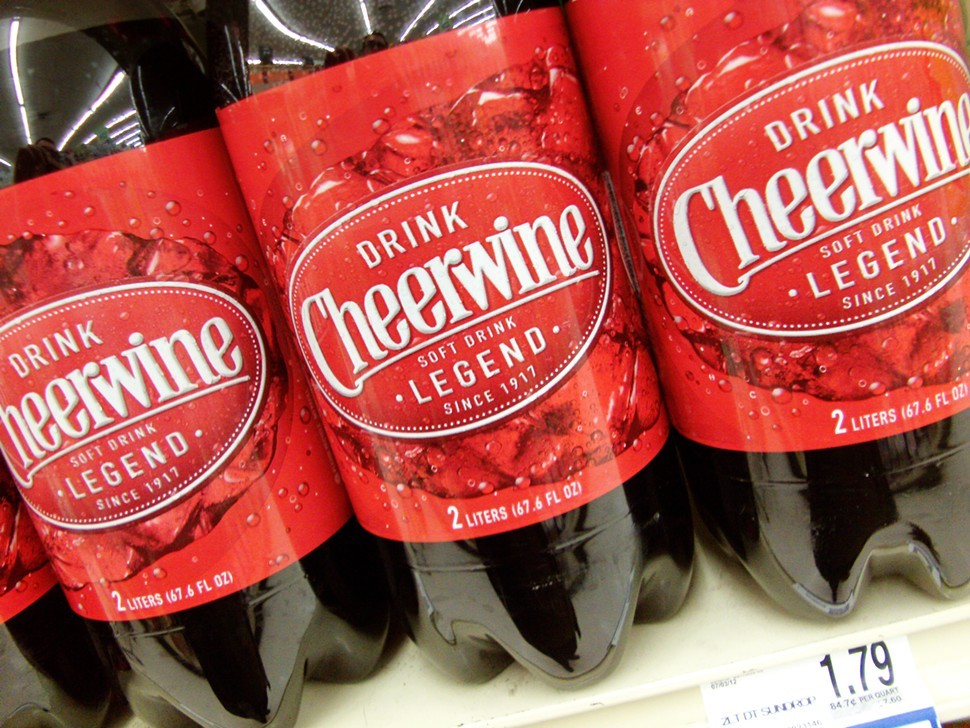 Perhaps the most famous is this unusual soda. Though who actually created the recipe for Cheerwine is unclear, legend has it that a North Carolina businessman by the name of L.D. Peeler purchased the formula from a St. Louis salesman in 1917 and began production of the extra bubbly cherry-flavored soft drink that same year in the Charlotte suburb of Salisbury.

The taste is distinctive: slightly sweetened with a strong overtone of black cherry and an extra heavy-duty dose of carbonation.

For most of the early 20th century Cheerwine remained a Carolina exclusive, though as the years passed it would also be marketed throughout the South. Today it's distributed by the Pepsi Cola Co. and can be purchased at many grocery stores and soft drink specialty shops on both coasts, and, oddly enough, in Norway.

Under the direction of Peeler's grandson Cliff Ritchie, expansion has continued and now there's even an annual "Miss Cheerwine" contest. The first winner, Spencer Cummings , a 23-year-old resident of Chattanooga, Tenn., was chosen in 2011.

When it comes to crackers and cookies, everybody knows Lance. The list of snackable items they produce is far too great to be included in its entirety here - although some of the names that immediately come up at the top of the list are Nekot, Choc-O-Lunch and Van-O-Lunch cookies, Captain's Wafers, Whole Grain, Toast-Chee, Nip-Chee crackers and more. 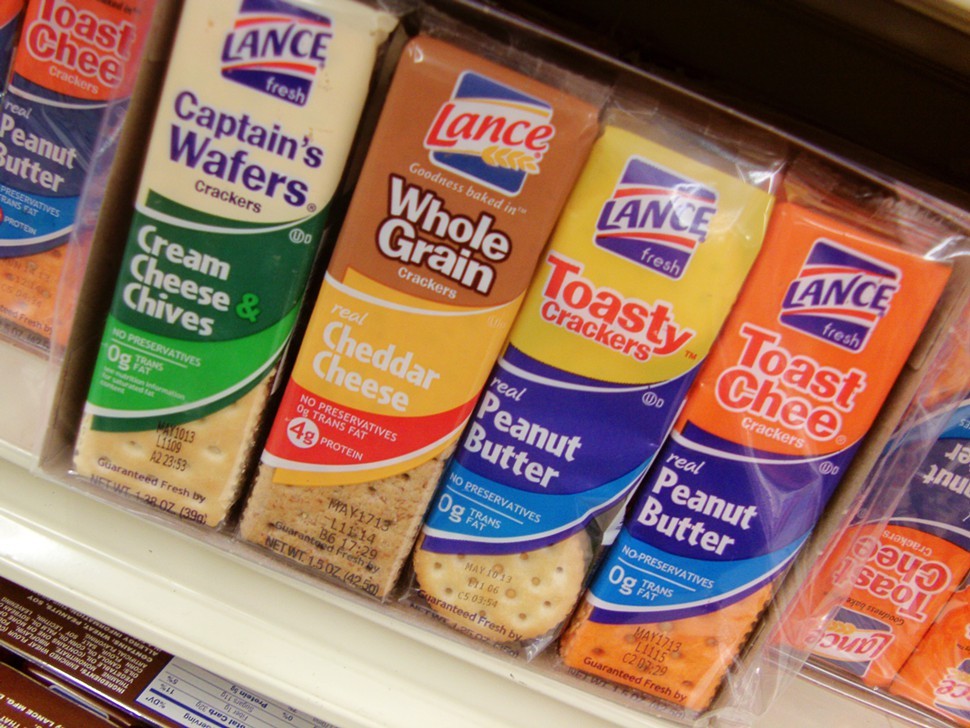 The Charlotte-based company dates back to 1913, when Philip Lance, a local food broker, found himself stuck with 500 pounds of peanuts a customer reneged on.

The quick-on-his-feet Lance roasted the unwanted nuts and made a mint selling them on downtown streets for a nickel a bag.

With his son-in-law, Lance formed the Lance packing company, which officially incorporated by 1926. Less than 10 years later, Lance reached its first million in sales, by 1939. The figure grew to two million, and by 1960, the company had annual sales upwards of $25 million.

For years, Ruth's Salads has been a staple throughout the Southeast for quick and tasty sandwiches - but most folks don't know the story behind the Charlotte-based company and its products, which include chicken salad, ham salad, egg salad, cole slaw, potato salad, baked beans, chili and a cream cheese-pineapple pecan spread. 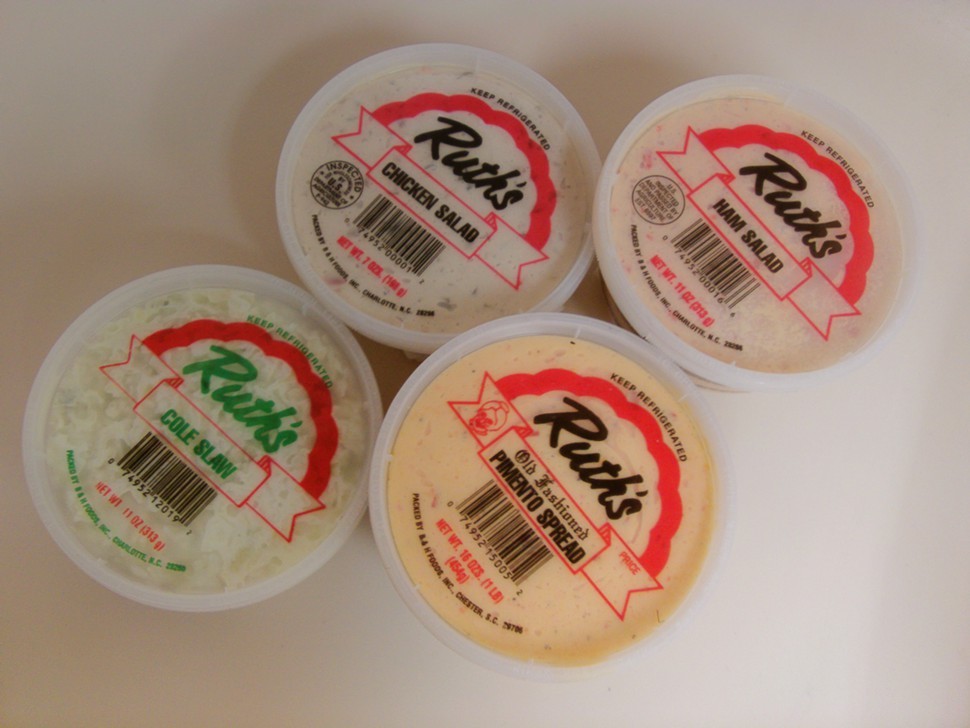 According to Darel Ross, the grandson of the company founder Harry Ross, the company's story begins in 1948, when his grandfather built a small production kitchen on his parents' property.

"He started off with the chicken salad," Darel Ross told me. "My dad has told me stories about getting up real early in the morning and helping his father take the chicken salad from a giant tub and pack it into containers before he would go to school. My grandfather would then hand deliver to the grocery stores."

The product line was named after Darel's grandmother Ruth Ross. "I remember my grandfather telling me the story," Darel Ross said. "He came home from work late one evening and didn't want to upset my grandmother by not eating something, so he said to her, 'Ruth, would you make me a salad?' That's when he stumbled on the right name."

Although Harry Ross sold his interest in the company during the mid-1950s to his business partner Bob Miller, Ruth's continues a brisk business today under the guidance of director Bill Rudisill.

The woman whose name you can find on the aforementioned products in stores around the country, such as Bi-Lo, Food Lion, Harris Teeter, Target, Kroger, Piggly Wiggly, Publix, Wal-Mart and others, passed away in 1973. Company co-founder Harry Ross recently died on Tuesday at the age of 98.