It's hard to ignore Charlene Henderson's cheerful greetings. Still, some people walk by her like she's invisible.

"Sometimes they apologize when they come out," she said, laughing.

Henderson was one of several volunteers at Precinct 212 on the evening of Election Day. Armed with a handful of Patrick Cannon flyers, Henderson had, since 9:30 a.m., made sure her candidate's name was the last voters heard as they made their way inside the University-area polling place. 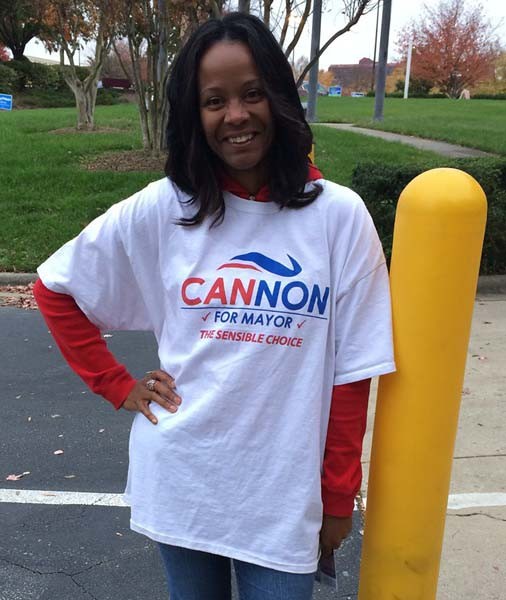 Standing a few feet from Henderson was Michael Zytkow, the first independent candidate in Charlotte history to ever successfully petition to get on a ballot. Zytkow had spent the past four months driving around District 4 - sometimes for more than 12 hours a day - introducing himself to potential supporters. He gathered well more than the 3,000 signatures needed to make his way on the ballot.

"I dare say we put in more work than any other City Council candidate," Zytkow said.

He talked on election night, however, as if he knew he would be defeated.

"I know how David and Goliath this is. I know how pervasive straight-party voting is here," he said, adding that he was willing to wager that he would do well among non-straight ticket voters. Zytkow nabbed about 33 percent of votes in District 4.

But his biggest opponent was never really another candidate - it was the mighty two-party system.

Zytkow is founder and president of the Campaign for Political Reform, a nonpartisan nonprofit organization that promotes independent candidates and election reform.

"I could have declared myself a Democrat or Republican and not had to deal with this," Zytkow said of the petitioning process. "A lot of people advised me that it's 'nice to have a platform like this, but you're not going to have a winning election.' But I know more and more people who are looking for fresh voices ... substance before style."

He interrupts himself several times to greet voters, some even by name. He said he'd use the momentum created by his campaign to encourage future independent candidates.

Henderson said another inspiring campaign, Barack Obama's first bid for the White House, was her motivation for learning more about politics.

"I just had an epiphany. I said 'I need to be voting.'" She's continuously encouraged by how many more African Americans she sees at polling places during local elections. "We only really ever come out for presidential elections. I'm excited, I really am."

As the mother of a 12-year-old, Henderson's issue of choice is the local school system. She was among the 74 percent of voters who approved the Charlotte-Mecklenburg bond referendum, which includes infrastructure updates for many area schools.

Jeremy Curbeam's hands are in his pocket as he makes his way into the polling place, shyly returning Henderson's greeting. The 23-year-old CPCC history major said he voted Tuesday because he's frustrated with Washington, adding that reform comes at the local level.

"I just want to have more transparency within the government," he said. "We're sending people to Washington who only look out for themselves. There's a lot of development going on outside Charlotte. There needs to be more investment here."