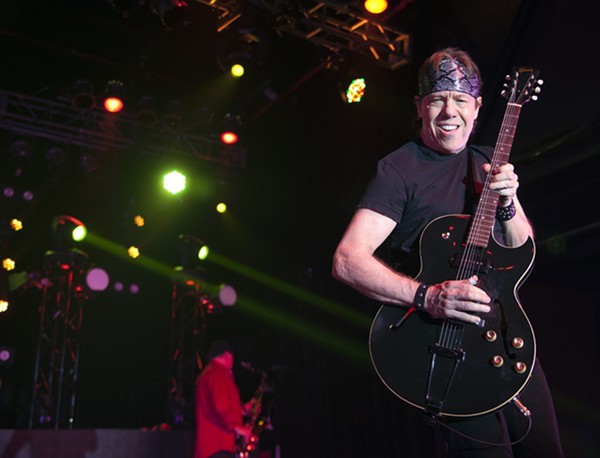 On March 4, 1988, I went to my first concert ever: George Thorogood & The Destroyers made a stop at the Meadlowlands in New Jersey for his Born to be Bad tour. Ten years ago, I caught the band for the second time at Ziggy's in Winston-Salem, and was able to meet Thorogood briefly before the show. When I told him I saw him for my first concert, his reply, said with a smile, was simply, "I'm sorry."

Now, 26 years after that first show, I caught my third Thorogood concert at The Fillmore last night. After all that time, not much has changed. Let's be honest - he's never been the best singer, guitarist or songwriter; however, Thorogood continues to be a consummate performer at heart. What his guitar solos lack in originality, he makes up for with enthusiasm. When his vocals lack range, the crowd could care less because they're too busy singing along. Half of his set is cover songs, but that just makes them more familiar. At 64 years old, and 40 years into his music career, Thorogood is simply having a blast.

Sure, maybe his age shows a bit with some stale banter between songs, or even a bit patronizing with a PSA about not drinking and driving at the end of "One Bourbon One Scotch One Beer," but when the riff of "Who Do You Love?" cranks up, or the slow rumble-and-tumble beat of "I Drink Alone" soaks into the rafters, the audience is simply there for a good time, too.

I don't think anyone attends a Thorogood concert to see new musical ground being broken, or to witness one of the best musicians in history. They go for his consistency. They go for the fun of it. They go because 40 years into his career, Thorogood can whip up a frenzy with the striking of a chord, make people laugh with a quick joke and get them to sing along to hit after hit.

As "Get a Haircut" rang to a close, Thorogood told the crowd, "I'd like to dedicate that song to my high school gym teacher ... Fuck him!"

Thorogood, dressed in black, walked off stage while his band played at the end of "Move It On Over," before returning to play "20 Dollar Gig" and crowd-favorite "Bad to the Bone." While a good portion of the two-thirds-full Fillmore left at that point, Thorogood returned for a second encore, playing a blistering "Madison Blues" to finish out the night.

The night opened with a 30-minute set by Charlotte's Michael Tracy. It took a few songs for the band to truly hit its stride, though its sound was a bit schizophrenic at times - slap bass would overpower the clean sound of Tracy's Gibson and keys dominated the first two songs until the sound was dialed in a bit more.

(It's worth mentioning that those keyboards were being played by Joey Huffman, who has played with Hank Williams Jr., Matchbox 20, Lynyrd Skynyrd, the Georgia Satellites and Drivin n Cryin. So, maybe hearing too much of his playing wasn't necessarily a bad thing.)

Tracy has a few kinks to work out in his performance - it took far too long to replace a broken guitar strap, distracting Tracy and the audience, and his lyrics ("A true artist without truth/How much did you pay/For fashion....fashion and fame," for example) failed to draw in much of the crowd. However, his energetic stage presence and ability to command attention to his brand of rock with a hint of blues and country did its job in warming up those in attendance for the main attraction. 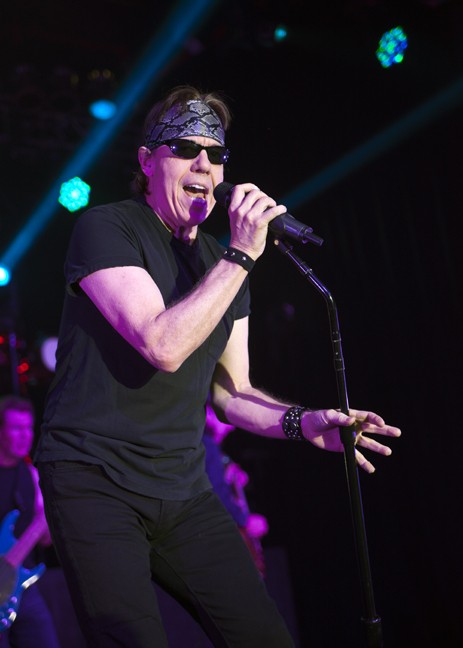 Setlist
Born to be Bad
The Fixer
Who Do You Love?
Help Me
Night Time
I Drink Alone
One Bourbon One Scotch One Beer
Cocaine Blues
Get a Haircut
Gear Jammer
Move It On Over