Culture Question the Queen City: The Unsolved Death of a Drag Queen

In 2002, a local drag performer was murdered. He went by the stage name of Aretha Scott. Was the perpetrator behind his death ever captured? - Jeff Lewis, Charlotte 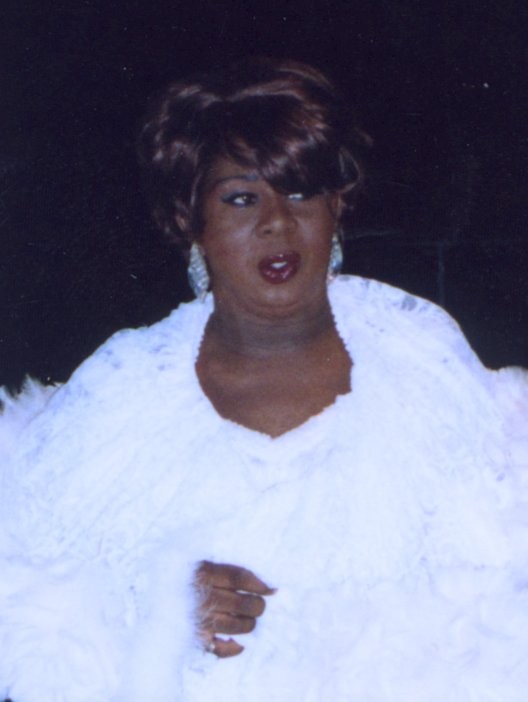 Aretha Scott lived life crossing gender lines. In daily life, Scott went by the name on his birth certificate, Franklin Freeman, and was described by friends as loving and caring. But police records indicate Freeman was known to rob clients he had provided her services to as a cross-dressing prostitute.

In 2007, I spoke with Danny Watson, owner of the now-defunct pet grooming salon Posh Pets. He met Freeman when a co-worker recommended her for a position at the salon.

"He was one of the nicest individuals I've ever met," Watson said. "And actually a very good worker. He'd do anything you needed."

A devoted fan of Aretha Franklin, Freeman would occasionally lip sync songs by the R&B diva at Oleen's, a long-gone gay bar once located in Dilworth (now it's Dunkin' Doughnuts). Performing under the name Aretha Scott, he would dress up in women's clothes from head to toe, usually wearing the highest heels possible. His friends often referred to him as "ReRe," a nickname he even had tattooed on his arm.

"Franklin's shows were unlike any other," said Lupie Duran, a friend of Freeman's and owner of Lupie's Cafe. "He didn't pull off being a woman as much as some of the other drag queens did. But he didn't care. He was just Franklin. And he was very funny."

Freeman grew up in rural York County, South Carolina, and landed in Charlotte sometime around 1990. Duran said it was shortly after this time that she developed a friendship with Freeman.

"We seemed to be at the same places a lot," she said. "Gallery openings, clubs. He was working at the Pewter Rose, and I would go there for brunch sometimes. He had quite a following at Pewter Rose."

What may have been the path that ultimately led to Freeman's death began on Jan. 8, 2002, when former Charlotte Mecklenburg Police Department Vice Detective Michael Marlow finished his shift at 1:30 a.m. That night, as in previous nights, Marlow headed to the eighth floor of the policeman's parking deck for an after-work drinking party.

Forty five minutes later, Marlow left in his unmarked patrol car and drove to North Davidson Street, where he encountered Freeman on 25th Street. This is where Marlow's and Freeman's stories begin to differ.

According to Marlow, he saw a man frantically waving, and he stopped to help. That's when the man jumped into his car uninvited. The officer said he and Freeman got into an argument; a physical altercation followed when Marlow told Freeman to get out of his car.

In the statement he gave police, Freeman said he was dressed in female attire and that Marlow had unlocked the car door, even opening it for him. Freeman says he got inside. Marlow quickly spotted a police car and told Freeman to get out, thinking that the officer would question them.

Freeman admited to demanding $20 from Marlow before he would get out of the car. It was at this point, Freeman said, that Marlow revealed his badge and admitted he was a police officer. Freeman told police he didn't believe Marlow because he could smell alcohol and thought it was unlikely that an officer would be driving around intoxicated.

After a heated verbal exchange, Marlow pulled out a gun and shot at Freeman once. He then put the car in reverse and backed into a fire hydrant. Freeman snatched a couple of beers as he jumped from the car and ran. Marlow fired at him again as Freeman fled.

Officers M.H. Mack and D.J. Aldridge responded to the scene. They later found Freeman and arrested him with a charge of assaulting an officer. After eight days in jail, Freeman was released and all charges were dropped. Marlow immediately resigned, and Mack and Aldridge were terminated. Their supervising officer, Sergeant Carl Boger, was was given a 30-day suspension for not properly investigating the incident.

On April 22, Freeman received a letter of apology from the police chief, which also included a statement from the CMPD concurring with Freeman's version of his encounter with Marlow.

Freeman was scheduled to testify June 12 as a witness in a hearing for Boger, who was appealing his suspension.

"[Freeman] was nervous about that," Watson said. "In fact he was very nervous. He admitted to me that he was afraid for his life."

Apparently his fear was not unfounded: Five days before his scheduled testimony, on Friday, June 2, 2002, he was gunned down at 10:30 p.m. at the corner of Church and Liddel streets. A passing motorist had called 911 to report a person lying by the road. When officers arrived, Freeman was unconscious and bleeding profusely. He died within minutes.

It has been 12 years since Freeman's murder. Although there are many unsolved cases on the CMPD's cold-case website, dating as far back as the '80s, Freeman's isn't one of them. However, when I called this week, CMPD Homicide Investigative Tech Christy Osroio confirmed that the case is still unsolved and open.

To this day, Watson believes that Freeman's death was an inside job.

"The weekend he was killed was the weekend before he was set to testify," Watson said. "How coincidental can that be? One day he was working for me, and then one day, he was just gone. I still miss him."