Annie: A class act | Reviews | Creative Loafing Charlotte
Switch to the mobile version of this page. 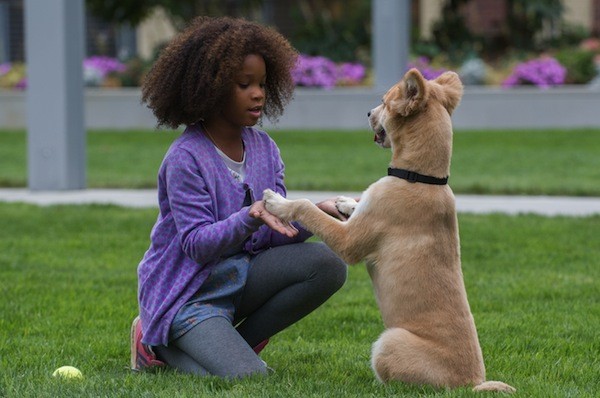 Here's the thing about Annie, the little orphan girl created for the comics by Harold Gray and later brought to stage, screen and television: She's never been defined by her race but her class. A child of the Great Depression, she found herself enjoying the good life once she crossed paths with the filthy rich Daddy Warbucks. It's her social standing that's always driven the story, not the color of her skin, which is why it's been downright depressing to find so many people outraged that a black moppet has been cast in the part in the new Annie.

Of course, the United States of Racism came to full fruition in 2014, so it's hardly surprising that such vitriol has been directed at a family film starring a talented 11-year-old (Beasts of the Southern Wild Oscar nominee Quvenzhané Wallis) who — gasp! — doesn't sport red hair. Hey, past Annies of the Caucasian persuasion didn't sport blank zombie eyes like in the comic, but the bigoted crackers were strangely silent about that. At any rate, Annie is the sort of movie that opens itself up to criticism, and even during the screening, I became aware of how savagely reviewed it would be (though I'm disappointed by the few scribes who are criticizing what they perceive as the "hip-hop" sensibilities of the piece, as if they were holding their collective noses while typing the word). The film is frequently awkward, suffers from some pedestrian choreography and wears its heart perhaps a bit too openly on its sleeve. But it's also charming, well-acted (with the occasional exception of poor Cameron Diaz, trapped in the difficult role of Miss Hannigan) and, most surprisingly, quite funny. As Will Stacks, the modern-day Warbucks (he's a cell phone magnate running for NYC mayor), Jamie Foxx is a delight, and the script by director Will Gluck and Aline Brosh McKenna works overtime in presenting clever topical twists on the stage show's clichés.

If nothing else, this Annie is infinitely better than John Huston's 1982 turkey, a grotesque version starring Albert Finney and Carol Burnett. Of course, while it was critically hammered back in the day, many of those lambasting the new take are now describing that older adaptation as a national treasure. Because white people.