Anomalisa, Roots, Zootopia among new home entertainment titles | View from the Couch | Creative Loafing Charlotte
Switch to the mobile version of this page.

ANOMALISA (2015). An Academy Award nominee this year for Best Animated Feature, Anomalisa is decidedly not one for the kiddies. The latest work of out-there innovation by Charlie Kaufman, this latest effort may not match the acerbic brilliance of the Kaufman-scripted gems Being John Malkovich and Eternal Sunshine of the Spotless Mind, but it should prove to be right up the alley of anyone looking for something different in their movie-consuming diet. Based on an experimental play created by Kaufman, this employs stop-motion animation to relate the tale of a miserable man (voiced by David Thewlis), his contempt for — and boredom with — all the people surrounding him (tellingly, every last one of them voiced by Tom Noonan), and the one woman (voiced by Jennifer Jason Leigh) who manages to break through his malaise. The visual style is unique but occasionally off-putting, making this more chilly than necessary. But there are some sly moments of dark humor, and the film's final revelations involving its melancholy protagonist provide an extremely satisfying kick. Between Anomalisa and her Oscar-nominated turn in Quentin Tarantino's The Hateful Eight, it was nice to have the fearless Leigh once again being tapped by major filmmakers to appear in high-profile pictures; let's hope she's allowed to stick around to offer more contributions.

Blu-ray extras consist of a making-of featurette; a look at the sex scene; and a piece on the sound design. 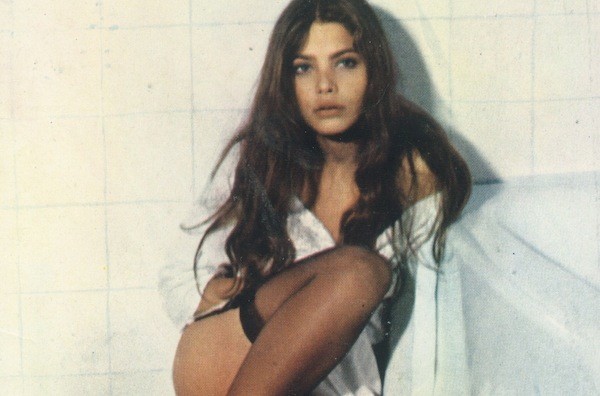 APPASSIONATA (1974). Those of us of a certain vintage were first introduced to Italian actress Ornella Muti via 1980's Flash Gordon (aka the favorite film of Mark Wahlberg's John Bennett and everyone's favorite talking teddy bear, Ted), where her sensual Princess Aura stole our teenage eyes away from bland leads Sam J. Jones and Melody Anderson. Muni has spent the ensuing decades enjoying a robust career and winning numerous European film awards, but even before her dalliance with Queen-scored sci-fi, she had already appeared in approximately a dozen movies, the first opening a mere three days after her 15th birthday (that would be 1970's La moglie piu bella/The Most Beautiful Wife, which, like Appassionata, will be released on Blu-ray this year by the Twilight Time label). Several of these early efforts found her playing teen beauties who get romantically or sexually involved with much older men, and Appassionata falls into that camp. Here, she's Eugenia, the daughter of respected dentist Emilio Rutelli (Gabriele Ferzetti) and former concert pianist Elisa Rutello (Valentina Cortese). Elisa long ago suffered some sort of mental breakdown, and she's treated shabbily by Eugenia. For his part, Emilio still cares for Elisa, though that doesn't prevent him from becoming sexually active with his daughter's best friend Nicola (Eleonora Giorgi). Incest eventually enters into the picture, but those expecting complexity on the order of Louis Malle's 1971 effort Murmur of the Heart will be sorely disappointed — like the rest of the film's edgy content, it suffers from director-cowriter Gian Luigi Calderone's inability to penetrate his characters' humdrum surfaces and see what really make them tick.

The Blu-ray offers the film in its original Italian as well as an English dub. The only extra is an isolated track of Piero Piccioni's score.

HAIL, CAESAR! (2016). Extremely episodic in nature, the latest straight-up comedy from Joel and Ethan Coen — a film for true fans, in the style of underappreciated larks like Intolerable Cruelty and The Hudsucker Proxy — centers on the shenanigans occurring at the fictional Capitol Pictures in the early 1950s. The title refers to the film-within-a-film, a Biblical epic in which a Roman soldier played by A-list star Baird Whitlock (George Clooney) is spiritually transformed upon encountering Jesus. It's Capitol's biggest picture of the year, which is why everyone is in an uproar when Whitlock disappears. Eddie Mannix (Josh Brolin) is immediately put on the case — a Hollywood "fixer," he's responsible for keeping all of the studio's stars out of the gossip columns. Initially assuming that Whitlock is either out on a bender or shacked up with some starlet, he soon learns that the matinee idol has instead been kidnapped. Although it takes some liberties with the manner in which the Hollywood dream factory operated, Hail, Caesar! is nevertheless an honorable look back at the olden, golden days of the studio system, when most movies were filmed on backlots and actors had strict contracts with particular companies. It knowingly touches upon numerous elements of the era, from manufactured romances between young talents to the rise of Communism in the film industry. All of the performers are in top form, particularly Ralph Fiennes as a respected director, Scarlett Johansson as a pregnant actress, and the new Han Solo, Alden Ehrenreich, as an aw-shucks cowboy star. But this is in essence Brolin's picture — it's his arc we follow throughout the story — and he's in fine form, navigating us through countless bits of hilarity.

Blu-ray extras include a making-of featurette; interviews with cast members; and a look at the film's musical numbers. 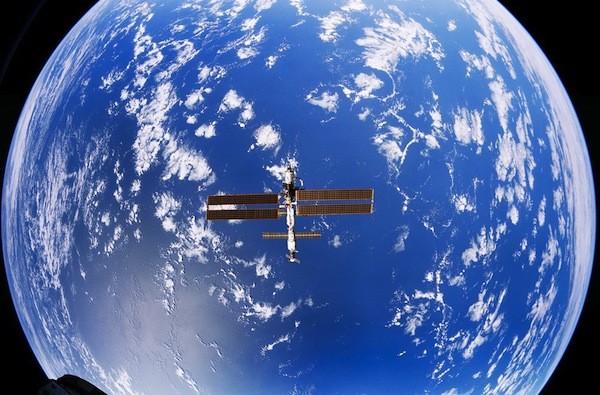 JOURNEY TO SPACE (2015). Perhaps best known for releasing cult flicks, horror titles and beloved TV series, Shout! Factory now takes one giant leap for its catalog by becoming the only independent studio releasing IMAX/Giant Screen movies in 4K UHD on the home entertainment front. (But fear not: Those without 4K capabilities will be relieved to learn that the films are also being released on Blu-ray.) First up is Journey to Space, an out-of-this-world offering narrated by — who else? — Patrick Stewart. (OK, William Shatner was another option, but IMAX films only run 45 minutes, and the former Kirk's halting cadence would result in a 75-minute run time, minimum.) Tackling a subject as expansive as the US space program would be a daunting task even for a 15-hour cable series, so examining it in the space of less than an hour results in a particularly choppy narrative. Yet what's presented is consistently absorbing, particularly the segments focusing on the construction of the International Space Station and the sequences detailing the plans to place astronauts on Mars at some point in the future (even though Matt Damon's already been there). The real draw of the film, though, is the astounding visuals, treating viewers to celestial sights captured in eye-popping — and breathtaking — clarity.

Journey to Space has been released on Blu-ray and in a 4K UHD + 3D Blu-ray + Blu-ray combo pack. Extras consist of behind-the-scenes footage; a photo gallery; the theatrical trailer; and trailers for other IMAX features coming to Blu-ray/4K UHD via Shout! Factory: Flight of the Butterflies and Rocky Mountain Express, both arriving July 12; Humpback Whales, August 2; and The Last Reef and Wonders of the Arctic, both September 13. 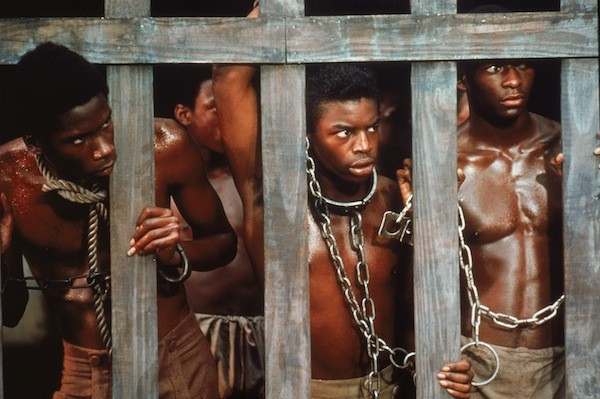 ROOTS: THE COMPLETE SERIES (1977). Zealous ad copy writers for the networks love to attach the term "major television event" to just about anything longer than a typical episode of The Bachelor, yet here's perhaps the greatest example of the real thing. Roots wasn't the show that began the whole miniseries craze back in the late-1970s — that would be the excellent Rich Man, Poor Man, released a year earlier — yet it immediately emerged as a TV milestone, with the final episode becoming the most-watched show in history (eventually surpassed by the final episode of M*A*S*H). Based on Alex Haley's Pulitzer Prize-winning book and running nearly 10 hours, this monumental undertaking charts the author's family history through the decades, starting with the day when young African tribesman Kunta Kinte (LeVar Burton) gets kidnapped by slave traders and shipped to America, where he endures all manner of hardship while toiling on a Southern plantation. This rises above the level of a TV production in nearly every facet, resulting in a richly detailed and emotionally gripping classic. The all-star cast is uniformly fine (indeed, actors nabbed 13 of the show's phenomenal 37 Emmy Award nominations), with standouts including Louis Gossett, Jr. as the sagacious Fiddler, Leslie Uggams as the endearing Kizzy, Ben Vereen as "Chicken" George and, of course, Burton in his star-making turn as Kunta Kinte.

Blu-ray extras include new interviews with Burton, Gossett, Vereen, Ed Asner, Cicely Tyson, and other cast members; a piece on the impact of Roots and its continuing influence; a David Frost interview with Haley; and Burton's original screen test. A 32-page booklet is also included.

ZOOTOPIA (2016). At its center of this critical and commercial smash — thus far the best movie released this year — is a marvelous new character: Judy Hopps (voiced by Ginnifer Goodwin), a small-town rabbit who moves to the sprawling metropolis of Zootopia and becomes the first bunny to ever serve as a police officer. The police chief (Idris Elba) is unimpressed and relegates her to meter-maid duty, but rather than slapping tickets on cars, she's more interested in tackling the mystery of why approximately a dozen citizens have vanished without a trace. A chance encounter with a con-artist fox named Nick Wilde (Jason Bateman) provides the impetus she needs to pursue the case on her own, and, with the reluctant help of Nick, she uncovers a labyrinthine plot with fearful implications. It ain't Chinatown, of course, but Zootopia crafts an unexpectedly complex mystery, one that also allows for an examination of cultural differences and the poisonous prejudices that result in being judged by the color — and, in this anthropomorphic world, the texture — of one's skin. It's particularly apropos given the current mood of fear and loathing in this exceedingly nasty election year, but the beauty of the film is that one can be unaware of the subtext (as would a child ... or a moronic Donald Trump supporter) and still reap the benefits of an imaginatively designed endeavor packed with huge laughs. The sequence involving the sloths will remain one of the comic highlights of 2016 cinema, and there's a bit with wolves that's also uproarious. If nothing else, Zootopia proves that laughter is still the best medicine, providing temporary soothing relief during these sick, unhealthy times.

Blu-ray extras include a pair of making-of featurettes; deleted scenes; a look at the Easter Eggs hidden in the movie; and the music video for Shakira's "Try Everything."