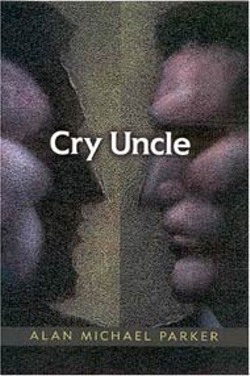 Welcome to Brighton, Ohio, a small town full of friendly neighbors, civic pride - and a subterranean river of racism. It's the place Ray Stanton finds himself when he's sent in to cut costs at the local textile mill. Ray is an industrial engineer who streamlines plant operations by firing workers. A "lone gunman" accustomed to the solitary nature of his job, he doesn't expect the town to embrace him. But neither does he expect to be pulled from his car one night, brutally assaulted and thrown from a pickup truck, miles from town.

Bloodied but not beaten, he makes his way back. A kindly neighbor, a polite doctor and a caring police detective are there to help — or are they?

In Cry Uncle, almost no one is what he seems. Mother-and-daughter neighbors Mae and Kayla Reeves know more about Ray's attack than they let on. The doctor who treats Ray's injuries behaves strangely. Detective Shaw, assigned to the case, is an ominous presence. Even Ray's boss wants to keep the incident quiet. "You're going to have to bite this bullet, Ray. I mean, if the papers pick this up, we won't be able to move forward," he cautions.

So the wounded man hides while he heals. When he learns the identity of one of his attackers, with Kayla's help he attempts revenge. But then another man is assaulted, this time in such a way that Ray can't ignore the warning. Even if he emerges from hiding, he'll remain a prisoner of Brighton's secrets and unwritten rules.

This is the debut novel from Alan Michael Parker, who directs the Creative Writing program at Davidson College and is best known as an accomplished poet. As a writer of prose, his work is solid and smooth. Except for a few lulls in the story's pacing, he does a fine job of maintaining the tension and momentum throughout the book. He uses minor characters well; especially memorable is Hank Williams, who befriends Ray and is not a singer. But readers may be left wanting to know more about the men who brutalize Ray. Only one of the three is reckoned with; it's unclear how the trio has come to abduct Ray, or why they devise their method for tormenting him as they do.

In tales like this one, where the "hero" possesses equal parts courage and cowardice, it can be a challenge to feel much sympathy for the character. Ray's children are growing up and away from him, his mother is about to remarry, his ex-wife has become a stranger, and this absent family pulls at Ray like an undertow. But Ray is too often paralyzed by his circumstances, hobbled by inertia. And how many of us have been guilty of the same?

Ultimately, Cry Uncle examines how far any of us will let ourselves be pushed before we fight back. A life lived on a small scale is no less difficult than one lived large; small towns are no more forgiving than big bleak cities, and often less so. And although Ray and his real-life counterparts won't be defeated, they are too often damaged by what they survive.

Parker writes: "In such a simple world, where everyone saw life in terms of pairs — black and white, us and them, good and bad, full and empty — morality seemed somehow more complicated than less, even though everyone Ray had met behaved as though life here were simple. But the smallness of the town wouldn't let life be that way, as everything everyone did echoed through everyone else."

The hardships of life in Parker's town of Brighton will likely resonate with anyone who has observed — or endured — the layoffs, furloughs and pay cuts becoming epidemic in the current economy. But neither this fictional town nor its residents have much reason to hope. Today, courage seems to count for little, especially in a world so out of balance that it seems destined to make a person cry uncle.

Amy Rogers is a founding editor of Novello Festival Press, and the author of Hungry for Home: Stories of Food from Across the Carolinas.