Boyhood: And a child shall lead them | Reviews | Creative Loafing Charlotte
Switch to the mobile version of this page.

Boyhood: And a child shall lead them 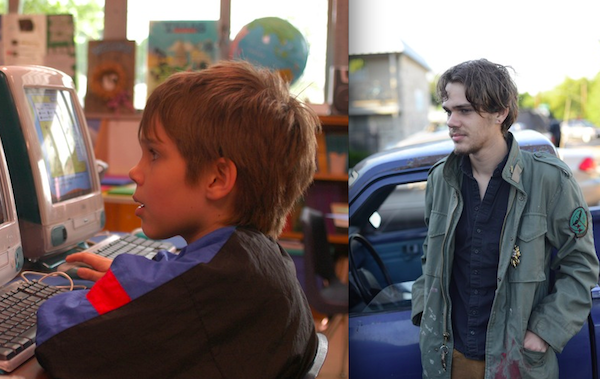 If a unique gimmick determined a film's worth, then 1952's Bwana Devil would be considered one of the greatest movies ever made. Boasting the tagline "A Lion In Your Lap! A Lover In Your Arms!," this adventure yarn about British laborers battling lions in Kenya was the film that kicked off the 3-D craze back in the 1950s. But Bwana Devil has been largely forgotten over time, with a later release, 1953's nifty House of Wax, now acknowledged as the premier 3-D flick from that period (especially since people often forget that Hitchcock's 1954 Dial M for Murder was also released in that extra dimension).

Richard Linklater's Boyhood similarly sports a gimmick that appears to be a screen original: Follow the life of an individual (as well as those around him) from the age of 7 to the age of 18, shooting new footage over the course of all 12 years. This method does have a screen precedent of sorts: With his Up series, Michael Apted has been filming the same group of people every seven years since he first began the project in 1970 (the most widely seen of the bunch was probably 1991's 35 Up, and the series is now up to 56 Up, released in 2012). But the key difference is that while Apted's works are documentaries, Linklater's film is a piece of fiction. I daresay that's the more difficult challenge, as the writer-director had to build a narrative to house these people, all the while praying that nothing bad would happen to them over the years, that they would remain committed to the experiment, and that they would continue to be captivating screen presences. (Other filmmakers have followed the same characters with the same actors over several years — think François Truffaut's Antoine Doinel works or Satyajit Ray's Apu trilogy — but never for one film, and never in this condensed a time period.) Fortunately for Linklater — and for us — everything turned out OK, and what's now on view is a work that easily breaks free of the shackles of "just a gimmick" and emerges as a superb motion picture in its own right.

Ellar Coltrane landed the leading role of Mason, and he was a great pick. The typical cute moppet at 7, he transforms before our eyes into a handsome teen of the brooding, soft-spoken variety. Nearly — maybe just? — as important to the proceedings is Linklater's own daughter Lorelei Linklater, who's cast as Mason's older sister Samantha. When we first meet them, their parents are already divorced: Mom Olivia (Patricia Arquette) raises them as best she can, while Dad Mason Sr. (Ethan Hawke) is only just now returning to their Texas stomping grounds. Over the ensuing years, we watch as Olivia tragically finds herself attracted to men who end up being alcoholic bullies while Mason Sr. pops up on weekends with the hope of bonding more fully with his offspring.

As in real life, the people we see on a regular basis (in this movie's case, once a year) age gracefully before our eyes to the point that we don't even notice it until we reflect back, while the folks (such as Olivia's close friend) who disappear for years at a stretch look startlingly aged when they reappear on the scene. It's a powerful reminder of the vagaries of time, and like much else in the movie, it forces viewers to examine their own march through life and take note of the signposts that appeared along the way. More than just a philosophical treatise, though, Boyhood is worth catching for its story. This is the type of film that will be dismissed by the impatient with the cursory "Nothing happens," but of course everything happens. Known for his collaborative spirit and great working relationships with actors, Linklater gathered with his four principals before each annual filming jam commenced to map out the plot — we would, of course, expect nothing less from the man who employed similar methods to create the Before Sunrise/Sunset/Midnight trilogy.

A lesser filmmaker would have used text to mark each successive chapter in Mason's life ("Year 7," "Year 8," etc.), but Linklater will have none of that. The years flow into each other naturally, and we sometimes have to analyze the situations (as well as look for more facial hair and/or acne on Mason's face) to know if we've moved forward. Again, that's life as lived, where we go to bed at night and wake up to the inexorable march of time, wondering where the past year went and quietly optimistic about the one that lays ahead.