Year in Review: Inside cinema 2013 | Features | Creative Loafing Charlotte
Switch to the mobile version of this page.

Year in Review: Inside cinema 2013

The best and worst movies of the year

It ain't over till the fat lady — or Llewyn Davis — sings.

It's no secret that Hollywood studios tend to hold most of their top-tier titles until the end of the year, when they'll remain fresher in the minds of Oscar voters. But usually, they sprinkle enough seeds of quality cinema throughout the year so that there's always something worth catching. The options for 2013, however, proved especially limiting: The spring season was more barren than usual, the summer found barely any of the heavily hyped titles living up to expectations, and the early fall offered little of value. But just when it seemed as if 2013 would be a complete write-off, along came a healthy sampling of choice films, two of which earned my only four-star ratings of the year. 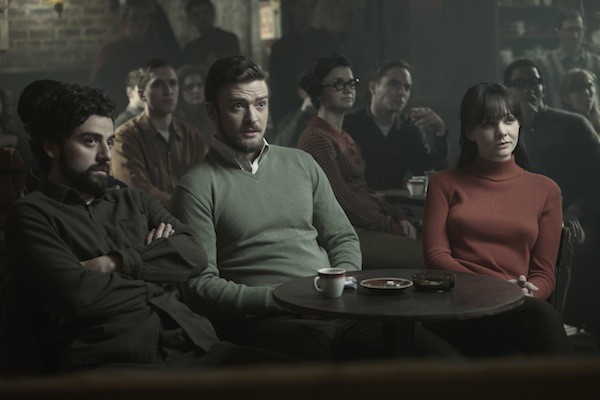 Admittedly, I saw less titles in 2013 than at any point since college lo those many years ago — 110 movies, as opposed to my usual range of 125-175 — and that might have made the year seem even punier. With the major studios cutting back on advance screenings (and my time to play catch-up more limited than ever), this might continue to be a problem. Of course, skipping certain flicks (especially sequels) that pretty much were guaranteed not to impress me also contributed to the low total — and, yes, I'm thinking of you, Grown Ups 2 and The Hangover Part III.

Here, then, are my picks for the 10 best movies of 2013, followed by 10 worthy runner-ups, other assorted superlatives, and one final look at the worst films I endured over the past 12 months.

1. INSIDE LLEWYN DAVIS (Joel & Ethan Coen). The best picture of 2013. To many folks, this will feel like minor Coen (Raising Arizona, A Serious Man) as opposed to major Coen (No Country for Old Men, Fargo), and to each their own interpretations. But a Coen classic is a Coen classic regardless of its star-driven status or its thematic reach, and I expect this gem will only grow in stature over time. As Llewyn Davis, a Greenwich Village folk singer who spends a week in 1961 looking for that big break even as he concurrently looks for couches on which to crash, Oscar Isaac nicely underplays his role, daring to make Llewyn unlikable while also daring us not to root for this complex, talented jerk. (Inside Llewyn Davis is scheduled to open in Charlotte Jan. 10.) 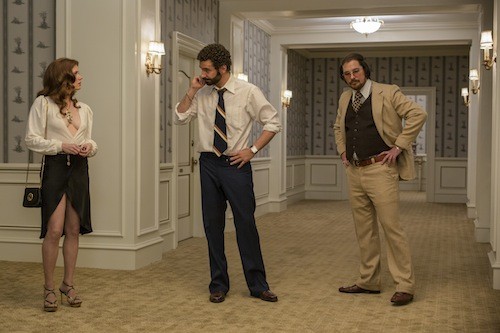 2. AMERICAN HUSTLE (David O. Russell). From The Great Gatsby to Spring Breakers, from Michael Bay to Martin Scorsese, many films and filmmakers spent 2013 examining the notions of success and excess, consumerism and capitalism. The blue chip among these cinematic commodities is far and away David O. Russell's exuberant American beauty, which ostensibly centers on the Abscam scandal but is more interested in throwing a great party complete with killer tunes, scintillating conversations and a guest list that includes some of Hollywood's most talented A-listers.

3. 12 YEARS A SLAVE (Steve McQueen). If Quentin Tarantino's Django Unchained, in which Jamie Foxx's former slave blows away human vermin left and right, is the fantasy most of us wanted, then Steve McQueen's 12 Years a Slave, an adaptation of Solomon Northup's 1853 memoir, provides the reality many of us still refuse to absorb. As slave owners of differing temperaments, Michael Fassbender and Benedict Cumberbatch present two looks at the banality of evil, yet it's the work by Chiwetel Ejiofor as Northup and Lupita Nyong'o as the tragic Patsey that most sears the movie into our memories.

4. STOKER (Chan-wook Park). There's no doubt that Hitchcock's Shadow of a Doubt was an influence on this film about a teenage girl (Mia Wasikowska) and her mysterious Uncle Charlie (Matthew Goode). As much a startling coming-of-age saga as a portrait of a psychologically damaged family, this emits a Gothic chill that's almost tangible, and the use of the Nancy Sinatra-Lee Hazlewood hit "Summer Wine" during one scene is brilliant. 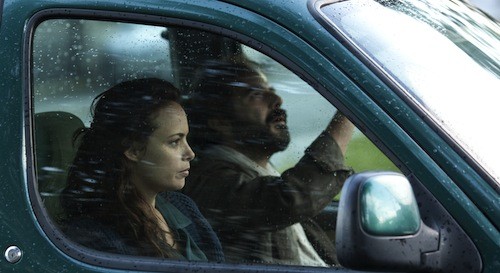 5. THE PAST (Asghar Farhadi). The first of three foreign-language features on this list, this French import hails from Iranian writer-director Asghar Farhadi, whose A Separation wowed critics and the Academy a couple of years ago. This one's just as compelling, with Berenice Bejo (The Artist) cast as a woman whose estranged Iranian husband (Ali Mosaffa) only returns to France to sign the divorce papers but instead gets caught up in all manner of family turmoil. (The Past will likely open in Charlotte in early 2014.) 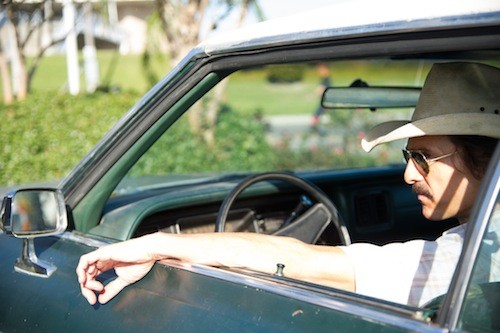 6. DALLAS BUYERS CLUB (Jean-Marc Vallée). Matthew McConaughey caps off a great two-year stretch in films (Magic Mike, Mud and more) with a career-best performance as Ron Woodroof, a homophobic Texas good ole boy who, at the dawn of the 1980s AIDS crisis, learns that he has tested positive for the HIV virus. Ignore the backlash bores: This is a potent piece about an equal-opportunity disease that leaves no one unharmed.

7. BEFORE MIDNIGHT (Richard Linklater). The Lord of the Rings of the art-house set, this life-affirming series concludes (or continues?) with this often enchanting, occasionally testy third chapter (following 1995's Before Sunrise and 2004's Before Sunset) in the lives of Jesse (Ethan Hawke) and Celine (Julie Delpy). Like its predecessors, this is an ode to both the European lifestyle and the English language. 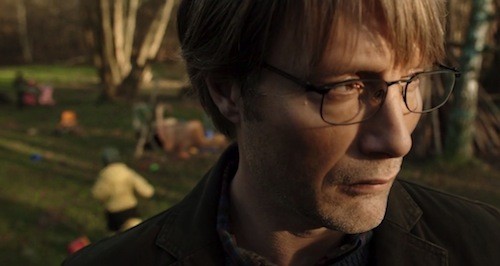 8. THE HUNT (Thomas Vinterberg). It's a testament to the many great performances in this year's movies that Mads Mikkelsen's turn in The Hunt can't quite crack my Top 5 (see below). He's superb in this powerful Danish release about a kindergarten teacher who has to contend with persecution and hypocrisy after he's falsely accused of sexually abusing a little girl. 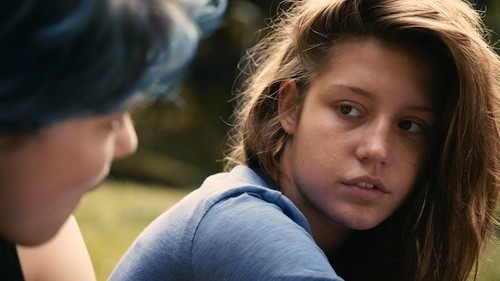 9. BLUE IS THE WARMEST COLOR (Abdellatif Kechiche). Come for the lesbianism, stay for the humanism. The NC-17 rating for its lengthy lovemaking scenes; the three-hour running time; the post-release feud between director and stars — whatever one thinks of these extremities and/or unpleasantries, the film itself is a fierce and honest drama about a French teenager (Adèle Exarchopoulos, just fantastic) discovering, exploring and understanding her own sexuality.

10. PRISONERS (Denis Villeneuve). An AMBER Alert writ large, this exemplary thriller uses the queasy notion of missing children as a starting point for its exploration of several issues that aren't black and white but instead rot away inside a malodorous area of gray. As the father and the detective approaching the case from different vantage points, Hugh Jackman and Jake Gyllenhaal offer a nice contrast in rugged determination.

Disappointments: The Great Gatsby; The Iceman; Now You See Me; To the Wonder; The Wolf of Wall Street 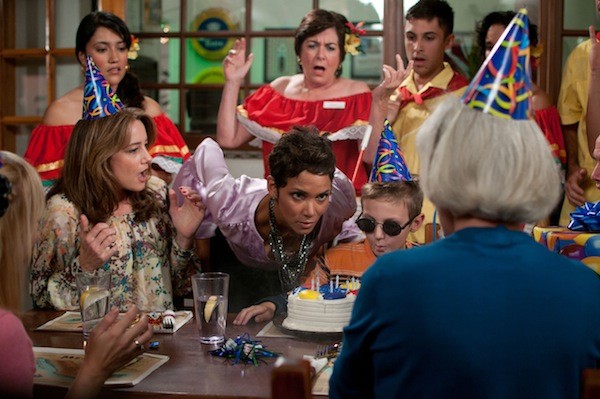 1. MOVIE 43 For the second consecutive year, this list is topped by a juvenile effort that wallows in potty humor without adding any fresh or witty spin to its supposedly shocking material. In 2012, it was Tim & Eric's Billion Dollar Movie; this time, it's a train wreck that somehow lured top talent (Hugh Jackman, Kate Winslet, Naomi Watts, Terrence Howard and a couple dozen more) to appear in vignettes involving a man with testicles on his neck, an animated cat that masturbates over photos of his owner, a woman obsessed with her boyfriend's "poop," and other episodes of sheer desperation.

2. A GOOD DAY TO DIE HARD The Die Hard sequel nobody demanded, this awful action flick is most offensive for the manner in which it has transformed John McClane (again played by Bruce Willis) from a likable, sympathetic Everyman in the classic 1988 original to an arrogant, insufferable prick in this ugly, xenophobic entry.

3. PARANOIA The year's worst movie? Look above. The year's most soul-crushingly boring movie? Look no more. Even with Harrison Ford and Gary Oldman in the cast (albeit in slumming mode), this techno-turkey about a knucklehead (Liam Hemsworth) caught in the world of cellphone intrigue (you read that right) is about as thrilling as a busy signal.

4. R.I.P.D. An endurance test masquerading as a motion picture, this was second only to The Lone Ranger as the summer's biggest financial bomb. Even that Johnny Depp dud is easier to take than this Men in Black rip-off in which Jeff Bridges (even more unintelligible than in True Grit) and Ryan Reynolds (strictly DOA) play otherworldly law officers.

5. BEAUTIFUL CREATURES Sparkly vampires suddenly look very appealing when compared to the Gothic witches on display in this dreary adaptation of yet another Young Adult novel. Emma Thompson has never been worse, while Jeremy Irons resists the urge to have the producers sign his paycheck even as the cameras are rolling on him

6. AFTER EARTH It was a busy year for end-of-the-world entries, and this stillborn drama from M. Night Shyamalan is clearly the worst. Producer-star Will Smith fails to make son-star Jaden Smith into a leading man, suggesting Pop would have been better off buying the kid a new computer or Xbox instead of his very own motion picture.

7. PARADISE Diablo Cody wrote and directed this embarrassing yarn about a devout but damaged Christian (bland Julianne Hough) who leaves her Montana home in order to experience decadent Las Vegas. Packed with lifeless characters and painful dialogue, this toothless film makes Sin City look about as menacing as Sesame Street. 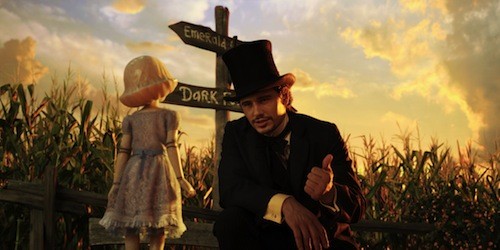 8. OZ THE GREAT AND POWERFUL The first of two Top 10 commercial blockbusters to make this list, this portrait of plasticity clearly lacks a brain, a heart and even a smidgen of courage to break away from the generic, one-size-fits-all brand of big-budget filmmaking. James Franco, so amusing in Spring Breakers, here is a lecherous, disengaged bore.

9. GANGSTER SQUAD This dim-witted cross between The Untouchables and L.A. Confidential, starring a miscast Sean Penn as a '40s mobster, is one of roughly 800 movies this year that claimed to be based on a true story; instead, it proves to be about as believable as The Flintstones in Viva Rock Vegas.

10. MAN OF STEEL While this may not be an ineptly made superhero saga like Catwoman or Batman & Robin, it's probably the most misguided one ever produced, turning the title character (dully played by Henry Cavill) into an ineffectual hero, transforming Lois Lane (Amy Adams) into a wallflower, and reimagining Pa Kent (Kevin Costner) as nothing less than a brooding psychopath. Hype-driven fanboys dutifully cheered, but this leaden endeavor was the year's biggest disappointment.

Tags: Features, Film, Matt Brunson, Best of 2013, Worst of 2013, Inside Llewyn Davis, American Hustle, 12 Years a Slave, Stoker, The Past, Dallas Buyers Club, Before Midnight, The Hunt, Blue Is the Warmest Color, Prisoners, Movie 43, R.I.P.D., Oz the Great and Powerful, Man of Steel