Chariots of Fire, The 39 Steps among new home entertainment titles | View from the Couch | Creative Loafing Charlotte
Switch to the mobile version of this page.

Chariots of Fire, The 39 Steps among new home entertainment titles 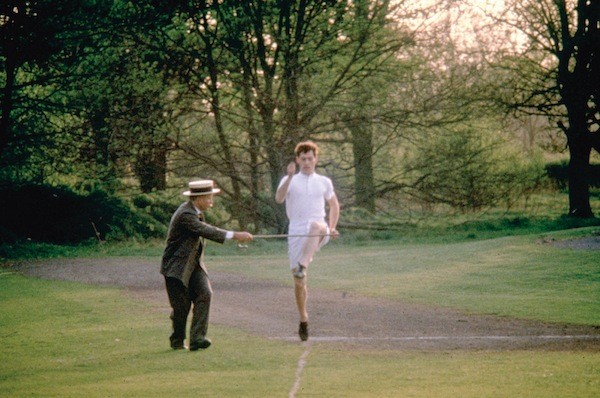 CHARIOTS OF FIRE (1981). This modest British production wasn't expected to win the Academy Award for Best Picture, which is why it's still considered one of the biggest underdog victories in Oscar history. To be clear, there's no way — no way — this should have won over Warren Beatty's magnificent Reds, but it's a far better movie than its detractors claim. Based (very loosely, I might add) on real events, this examines the challenges faced by two British runners as they prepare to compete in the 1924 Olympic Games in Paris. Cambridge student Harold Abrahams (Ben Cross) feels that being Jewish means he has more to prove, while Scottish missionary Eric Lidell (Ian Charleson) runs "like a wild animal" for the glory of God. Sir John Gielgud appears as the anti-Semitic Master of Trinity, while Midnight Express's Brad Davis and Breaking Away's Dennis Christopher pop up toward the end as the Brits' Yankee competition at the Olympics. Yet it's Ian Holm, in a role that earned him an Oscar nomination as well as the Best Supporting Actor award at Cannes, who cannily steals the film as Sam Mussabini, the colorful trainer who's convinced he can help Abrahams win a gold medal at the competition. The score by Vangelis instantly became a worldwide sensation (it's excellent, though I admittedly prefer his subsequent work on Blade Runner). Tragically, two of the stars died of AIDS within a year of each other: Charleson (whom I met in 1983 when he filmed the TV miniseries Master of the Game in Kenya) in 1990 at the age of 40, and Davis in 1991 at the age of 41. In addition to Best Picture, this also won statues for Best Original Screenplay (Colin Welland), Original Score and Costume Design.

Chariots of Fire has been issued as a Blu-ray Digibook with 36 pages of photos and facts. Disc extras include audio commentary by director Hugh Hudson; a making-of featurette; deleted scenes; a look at the 1924 Paris Olympics; an interview with Hudson; and screen tests for Cross and Charleson. The set also includes a CD sampler containing four score selections.

THE GOLD RUSH (1925) / THE 39 STEPS (1935). Charlie Chaplin and Alfred Hitchcock. Both cinematic gods, both treated right by Criterion with these new releases. 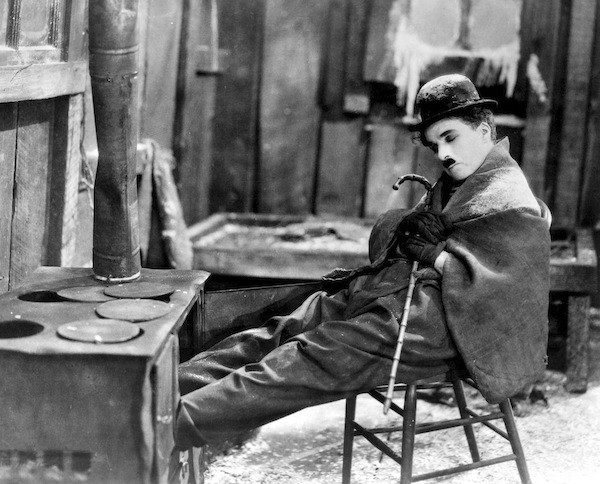 The Gold Rush remains one of Chaplin's unqualified masterpieces, up there with Modern Times and City Lights. The Little Tramp turns prospector here, hoping to strike it rich during the Klondike gold rush but instead finding himself battered by the elements, bullied by fellow fortune-seekers (Mack Swain and Tom Murray) and brokenhearted in his pursuit of a saloon girl (Georgia Hale). No one can mix slapstick and sentimentality quite like Chaplin, and this film mines real pools of poignancy with its rocky romance while serving up a series of classic comic interludes: the teetering cabin on the cliff, the meal consisting of shoe soles and shoe strings (look out for those nails!), the dance of the dinner rolls, and more. A hit in 1925, Chaplin re-released the movie in 1942 with added narration, new music and a shorter running time. I prefer the 1925 original, but both versions are included here. 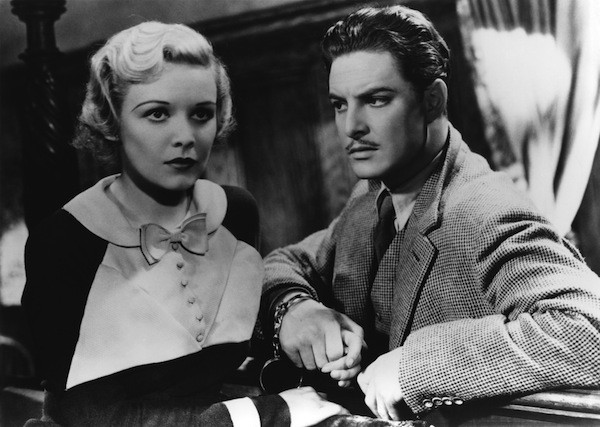 With the possible exception of The Lady Vanishes, The 39 Steps is the best of the roughly two dozen films Hitchcock made in his native England before heading to America for 1940's Rebecca. An innocent man wrongly accused of murder; dastardly spy rings; trains serving as significant supporting players; masterful quick-cut editing that imaginatively takes us from one scene to the next; playful banter between two beautiful leads — all the ingredients that The Master would use repeatedly in his stateside movies can be found here. Robert Donat plays Richard Hannay, an ordinary joe who gets mixed up with a secret agent (Lucie Mannheim); after she's murdered in his apartment, he finds himself on the run from both the authorities and foreign spies, along the way getting attached to a woman (Madeleine Carroll) who doesn't believe his far-fetched tale. The 39 Steps is sexy, exciting, unexpectedly moving (thanks to Peggy Ashcroft's portrayal of a lonely woman married to a brutish farmer), and wholly unpredictable, with an ending that nicely loops back to the start.

DVD extras on The Gold Rush include audio commentary by Chaplin biographer Jeffrey Vance; a featurette that traces the movie's history; pieces on the film's music and visual effects; and four trailers. DVD extras on this new reissue of The 39 Steps (Criterion had earlier released it in 1999) include audio commentary by Hitchcock scholar Marian Keane; the documentary short Hitchcock: The Early Years; audio excerpts from Francois Truffaut's 1962 interviews with Hitchcock; a 1966 British television interview with Hitchcock; and the audio broadcast of the 1937 Lux Radio Theatre adaptation of The 39 Steps, starring Robert Montgomery and Ida Lupino. 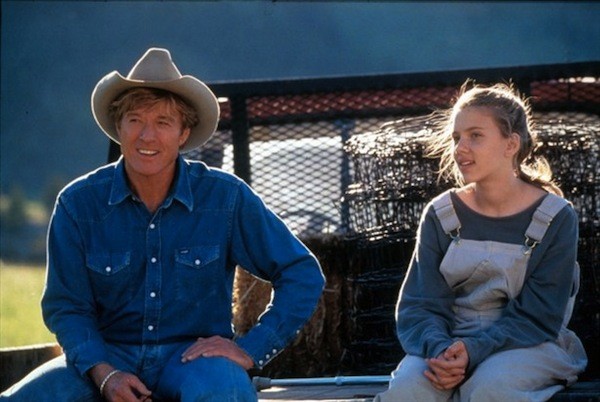 THE HORSE WHISPERER (1998). Like Jaws, Carrie and The Bridges of Madison County, director Robert Redford's screen version of Nicholas Evans' smash bestseller has largely been deemed one of those rarities: a movie that improves on its source material. The film opens with a horrifying sequence, as 14-year-old Grace MacLean (Scarlett Johansson) loses her best friend (Kate Bosworth in her film debut) and her own right leg in a ghastly accident involving the girls' horses, treacherous terrain and an imposing truck. Grace's horse is so badly damaged that almost everyone recommends putting him to sleep, but Grace's mother Annie (Kristin Scott Thomas), a magazine editor married to a sweet man (Sam Neill) she doesn't really love, says no. Unable to break through her daughter's wall of anger and self-pity, Annie packs up the kid and horse and heads to Montana to seek the help of Tom Booker (Redford), a cowboy known for his uncanny ability to cure physically and mentally scarred animals. With plenty of panoramic shots of the Montana landscape by cinematographer Robert Richardson, it'd be easy to overlook the smaller moments in this poignant and beautifully crafted film. But they're there, along with a suitably mythic role for Redford, a juicy part for Scott Thomas, and a breakout opportunity for an excellent Johansson. Incidentally, the Tom Booker character was inspired (both in print and film) by real-life horse whisperer Buck Brannaman, who served as "equine technical advisor" on this picture and later was the subject of the 2011 documentary Buck.

Blu-ray extras include a making-of featurette; short pieces on Redford and Brannaman; and the music video for Allison Moorer's Oscar-nominated song "A Soft Place to Fall." 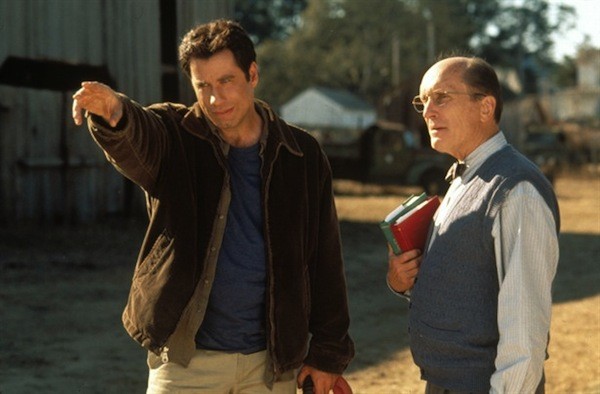 PHENOMENON (1996). For a movie that's ostensibly about intelligence, Phenomenon proves to be rather simple-minded. John Travolta delivers a touching performance as George Malley, a likable auto mechanic whose life dramatically changes on the night a light from the sky knocks him off his feet. Suddenly, average George becomes curious George, spending all his time reading books, creating ingenious scientific gadgets, and learning new languages in about the time it takes you and me to eat breakfast. He has also developed extrasensory powers, which allow him to, among other things, sense the whereabouts of a lost child or move inanimate objects without touching them. But George discovers that being a combination of Einstein and Carrie has its drawbacks: The FBI suspects he might be a national threat, while the townspeople, with the exceptions of his girlfriend (Kyra Sedgwick), his best friend (Forest Whitaker) and his doctor (Robert Duvall), begin to shun him. Both manipulative and condescending, this is only made watchable by the contributions of its solid cast.