Dallas Buyers Club: Worth the admission fee | Reviews | Creative Loafing Charlotte
Switch to the mobile version of this page. 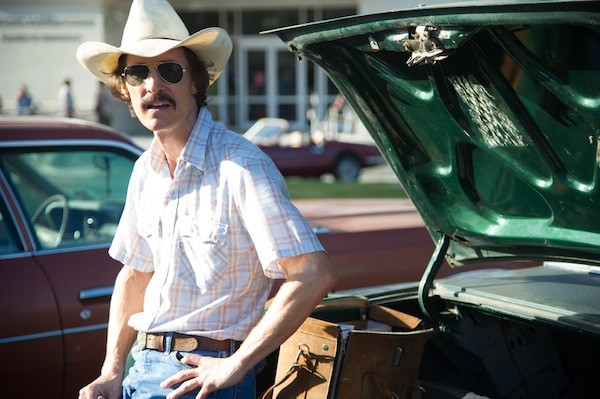 "I ain't no faggot!" bellows Ron Woodroof (Matthew McConaughey) to the doctor (Denis O'Hare) who has just informed him that he tested positive for the HIV virus that leads to AIDS. Ron's statement has already been corroborated by the opening sequence, which finds this Texas good ole boy banging a pair of women behind the scenes at the local rodeo. It's the mid-1980s, and AIDS is known as "a gay man's disease," so how the hell could he have it?

Dallas Buyers Club relates the true story of Woodroof, who learns that AIDS is not just a homosexual disease and that it's going to claim his life in 30 days. But Ron is nothing if not a survivor and a pragmatist, so once he learns that the FDA-approved AZT is actually hurting instead of helping him, he begins to stock up on unapproved drugs, many of which he smuggles into the country from Mexico (disguised as a priest!). Realizing that he can make lots of money, he starts selling these effective yet contraband meds to other HIV patients, all the while trying to convince one of his doctors, Eve Saks (Jennifer Garner), that he's doing more for those afflicted than the medical establishment. Along the way, he picks up a business partner in Rayon (Jared Leto), a transsexual and fellow sufferer who helps the homophobic Ron rack up sales in the gay community. 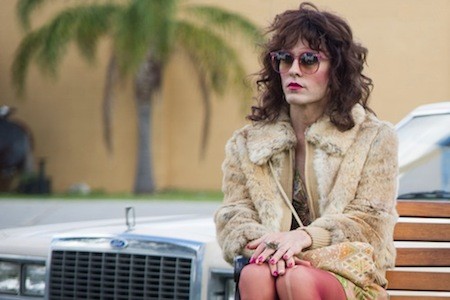 Easily one of the best films of the year, Dallas Buyers Club is tougher than most movies in the underdog vein. That's mostly due to the fact that director Jean-Marc Vallée and scripters Craig Borten and Melisa Wallack refuse to soften McConaughey's character until absolutely necessary. Ron Woodroof is a boorish and bigoted redneck, the sort you want to wipe off your shoe, and even late in the game, when you expect him to give some drugs to a poor kid who doesn't have enough cash, he instead yells to everyone waiting in line that he's not running a charity and those without money need to scram. His relationship with Rayon operates on a slightly different frequency, as he genuinely comes to care for this colorful character. Leto hasn't had a role this meaty since Requiem for a Dream 13 years ago, although there's no question that this is McConaughey's movie. The actor's been on fire lately, with choice roles in Mud, Magic Mike and more, but this represents a new career best. I can take or leave the heavily hyped factoid that he lost 40 pounds for this role — that's not acting, that's dieting — but his actual performance is a keeper, playing a man trying to hold onto life as ferociously as a street dog clamping down on a bone.

Because this is Oscar season, and because this film is projected to do well in the year-end awards race, it's already receiving some backlash, with the most patently absurd hit piece being an article in The Atlantic which states that this is a movie "the Tea Party can enjoy" (yeah, cuz I'm sure its members would love Jared Leto's character) and how dare the filmmakers paint the FDA in such a negative light. The most prominent criticism over the ensuing months will doubtless be the suggestion that a movie about a crisis that disproportionately affected homosexuals shouldn't have a heterosexual as its central character. Fair enough, except I think the fact that it does have a straight man as its protagonist is commendable, further emphasizing that this is a disease that affects everyone: gays, straights, adults, children, drag queens and even dirt-kicking Texas cowboys.