The foods that remind us of the good ol' days

In today's age of the selfie, the term "throwback" is often associated with one specific day of the week (for the social media illiterate, that would be Thursday) when we post pictures of ourselves "back in the day," lounging in our diapers or chilling with the homies drinking Miller High Life. Yes, the good ol' days when life was easy and we had not a care in the world.

Though the days of afternoon drinking and no responsibilities are few and far between, we can return to simpler times when we eat. After all, one dish can transport us back over the years to the meals of our childhood.

Throwback dishes are old-fashioned, yet comforting. They bring a fond sense of nostalgia. I remember my Italian grandmother's farina well — a simple bowl of semolina cooked with milk and served with a pat of golden butter, its warmth and simplicity the embodiment of maternal love.

Of course, when you really get down to it, old-fashioned is a relative term. What is considered old-fashioned to some might simply be the food of another's generation. Maybe it is that singular dish handed down across generations, the one that immigrated overseas from another country to preserve a culture and the memory of home. Or maybe it is the barely legible recipe scratched onto a crumpled and yellowed piece of paper. Perhaps it's the dish that evolved from "making do" during lean times.

For this year's Food Issue, we thought it was high time to give a nod to the foods of yesteryear, to honor that which brings us comfort in this modern world. Though nothing compares to the kitchen of a loved one, these 12 restaurants offer some old-school dishes worth eating today — dishes that take us back in time or give a nod to the past, igniting our palates with memories.

The original recipe for Oysters Rockefeller originated in 1899 in New Orleans, at a restaurant called Antoine's. Named after John D. Rockefeller, for the intensely rich herbed and buttered topping baked over an oyster, this classic dish is done well at Beef n' Bottle, the old-school steakhouse that has fed Charlotteans since 1958. Manager and co-owner Rick Bouman says that the Beef n' Bottle prepares extra large oysters on the half shell, topped with a blend of spinach, cracker meal, onions, sherry, "secret spices" and parmesan, then baked to order. Although the original recipe for Oysters Rockefeller doesn't use spinach, myriad variations of it often contain the leafy green.

Owner Djordje Avramovic remembers watching his grandmother make sarma over a wood-burning stove. These pickled cabbage rolls represent his Serbian heritage. The recipe is generations old, Avramovic says, and variations of the dish can be found all over Eastern Europe under different names. This central Serbian version begins with pickled cabbage, which is fermented for 30 days, then stuffed and rolled with a mixture of ground beef, onions, rice, carrots and smoked meat imported from Serbia. The cabbage rolls are slow-cooked with tomato sauce and served with lepinja, a homemade sandwich bread baked to accompany the dish. You can find Djordje and his brother Branko (also co-owner) at Intermezzo with their mother, Dobrila, who continues family tradition and oversees the making of the sarma.

Say it with me: franks and beans! The Common Market deli dishes out this warm bowl of nostalgia on its rotating soup menu. "Beanie Weenies" was coined and canned by Van Camp's and is a traditional, inexpensive and pleasing combination served by parents and lunch ladies for decades. The folks at CM keep it kosher with Hebrew National hotdogs and baked beans cooked down with homemade barbecue sauce sweetened with brown sugar. The sweet, filling slurry of beans paired with hunks of salty hot dog has the ability to transport anyone years back to summer camp in the span of the lunch hour. 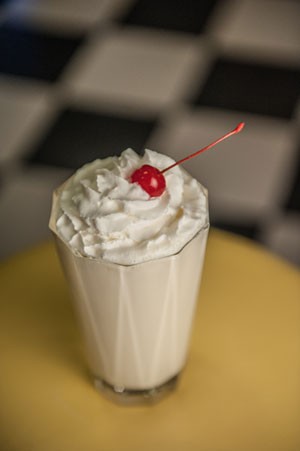 The Soda Shop has been in the business of burgers, fries and milkshakes since 1951 and since then, not much has changed. The old-fashioned soda shop caters to the small town of Davidson on the quaint Main Street strip. Inside, enjoy ice cream sundaes, coke floats and milkshakes from the counter. For a true taste of a bygone era, add Carnation malt powder to your shake and enjoy a malted milkshake courtesy of this charming fixture.

The ubiquitous marriage of flour and water known across cultures as the dumpling finds a home in Southern cuisine as a piping hot bowl of chicken and dumplings. The meal, originally born of necessity to help stretch limited resources, is served at Dish in Plaza Midwood, the kitschy, quirky neighborhood eatery. Y'all, $7.99 gets you a big bowl of slow-cooked, hand-shredded chicken thighs and drop dumplings plus one side, a biscuit and a deviled egg. Inexpensive comfort. A necessity, indeed.

Greek grandmothers have labored for generations with much love over this classic casserole of lamb, potatoes, eggplant and tomato. It was, however, Nicholas Tselementes, a chef and cookbook author, who bestowed the legendary (and very French) addition of bechamel to the equation in the 1920s, which has been a hallmark of moussaka ever since. At Ilios Noche, the dish maintains its traditional composition — layered comfort beginning with Yukon Gold potatoes topped with eggplant, Graviera cheese, lamb bolognese, more cheese and tomato sauce. Bechamel is ladled over top and baked until it souffles and browns to perfection. A dish that'll make lasagna weep.

Chef Marc Jacksina claims that one of the top five meals in his life was a meatloaf eaten at the Adirondack Hotel in New York 20 years ago. The comforting slab (ordered by his wife) trumped the "chef-y" duck breast entrée he'd ordered, ultimately teaching him an important lesson in simplicity. He aimed to recapture that epiphany when he introduced meatloaf to the menu at Nan and Byron's. Here, Jacksina mixes ground beef with a panada, a soupy mixture of bread and milk, along with egg whites and seasonings. The meatloaf is gently baked and topped with Sriracha ketchup. The result is a soft and savory slab of meatloaf worthy of grandma's praises. Jacksina says he eats it at least four times a week.

Though deviled eggs have been around since the 18th century, you would be hard pressed to find a Southerner who didn't claim the dish as his or her own. These hardboiled delicacies are found in nearly every restaurant in Charlotte, high and low. In Waxhaw, chef Paul Verica honors the past and the present inside his restaurant Heritage. Verica serves a classic version of the hardboiled egg and pureed yolks seasoned with mayonnaise, dijon mustard and pepper vinegar. He also serves an "of the day" version, which can be a vehicle for his whims, flavored with anything from curry to roasted garlic. 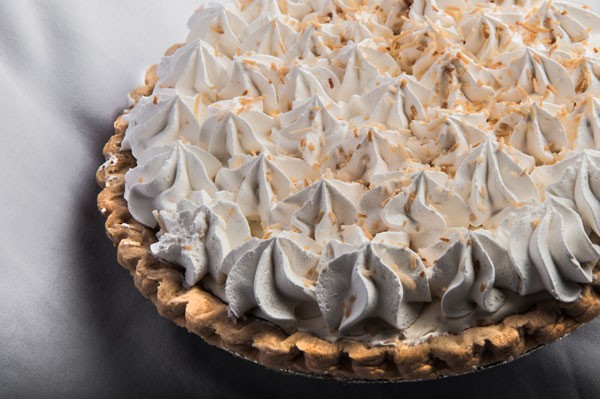 Inspired by her Aunt Koona, whom she used to help in the kitchen as a kid, Antonia "Neet" Childs created her business around the made-from-scratch confections of her childhood. Her coconut cream pie is a decadent version of the beloved custard-based legacy of Southern pies. Childs makes a homemade crust and creamy coconut filling with toasted coconut and fresh whipped cream. What's sweeter is that a portion of the proceeds from Neet's Sweets goes to help victims of human trafficking find the support they need to recover from the exploitative past.

Potted meats are ye olde throwback from medieval times and a way to preserve meat and its by-products, namely the unsavory organs and leftover scraps. Julia Childs prepared chicken liver mousse as one of her prized recipes in her famous tome, Mastering the Art of French Cooking, and older generations claim health and strength through the eating of organ meats. Of course, what's old is new again. At Block and Grinder, chef Ben Philpott prepares a traditional chicken liver mousse with shallots, thyme, garlic, brandy and plenty of butter. The creamy spread is served in the cutest mason jars on a rustic wooden board with plenty of toasted bread for ample slathering. Order from the charcuterie section of the menu named "in jars."

There is nothing quite like walking into a home that smells of slow-cooked beef simmering in its own juices with chunks of vegetables basted in glistening, flavorful fats. Pot roast is one of those dishes that soothes the soul, and the King's Kitchen is serving a stellar version with a Southern twist. Chuck roast is braised for eight hours in a red eye gravy made of coffee, star anise, ham stock and caramelized onions. The gravy is finished with maple syrup and served as a meat and three. The beef falls apart at the touch of a fork and is infused with the intense flavors of the red-eye gravy.

Besides barbecue, there is quite possibly no better representation of old-school North Carolina foods than in a breakfast plate featuring livermush, the crispy cornmeal and liver patty fried to an amber crisp served with a couple of over-easy eggs and a biscuit. At John's Country Kitchen, the family-owned corner diner that's been on the corner of Central Avenue and Thomas Street since 1977, you can order a fine breakfast of livermush and eggs with a biscuit and potatoes for next to nothing. John's Country Kitchen serves livermush from Neese's, the fourth-generation, Greensboro-based family who has perfected the art of the pork product.