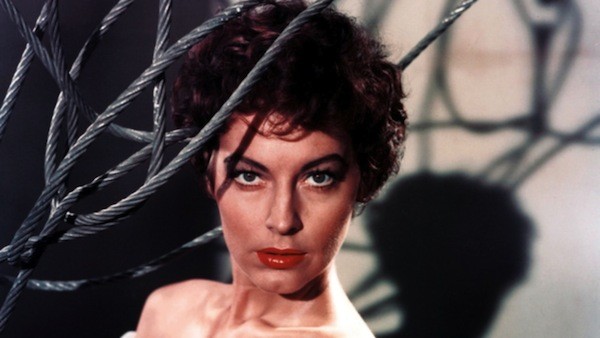 THE BAREFOOT CONTESSA (1954). Hollywood has seen better directors than Joseph L. Mankiewicz, but it's arguable whether it's ever seen better writers. His Oscar-winning script for All About Eve is just one of the reasons that 1950 classic still reigns as my all-time favorite film, and traces of that picture's wit, wisdom and — oh, yeah — caustic dialogue can be found in Mankiewicz's The Barefoot Contessa. A typically dependable Humphrey Bogart plays director Harry Dawes, one of the very few people who genuinely cares about Maria Vargas (a well-cast Ava Gardner), a Spanish dancer who's groomed for big-screen stardom but perpetually finds herself at the mercy of men who prove to be soulless, sexist and/or secretive. A cynical and sour piece, the film is best during the first half, when Bogart, Edmond O'Brien (as a profusely sweaty press agent) and Warren Stevens (as a cold-blooded producer) keep melodrama at bay — one-note Rossano Brazzi, on the other hand, practically drowns in it once he takes over the second half as a count who woos Maria. O'Brien won the Best Supporting Actor Oscar for his fine performance, with Mankiewicz earning a nomination for his screenplay. 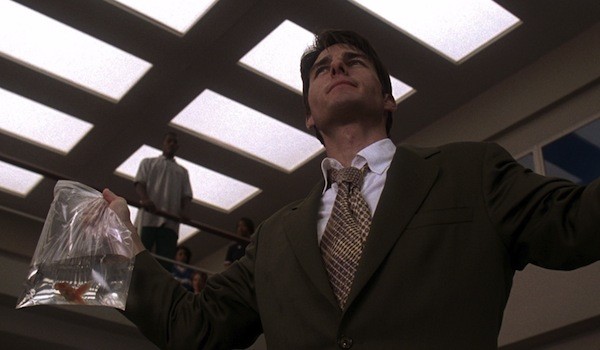 JERRY MAGUIRE (1996). Tom Cruise brings his A game to writer-director Cameron Crowe's enormously entertaining seriocomedy about a sports agent who unexpectedly undergoes a crisis of conscience. This mental about-face gets him booted out of his firm, with only one employee — a sweet secretary (Renée Zellweger) — and one client — a struggling wide receiver (Cuba Gooding Jr.) — willing to tag along as he tries to make it on his own. For all its salient points about surviving in the '90s workplace and rediscovering the true measure of success, the film is ultimately an old-fashioned love story, distinguished by meaty dialogue and superlative performances from Cruise, Zellweger, Gooding and, as Zellweger's precocious son, scene-stealing Jonathan Lipnicki. Nominated for five Academy Awards (including Best Picture, Actor, Original Screenplay and Film Editing), this won for Best Supporting Actor (Gooding). 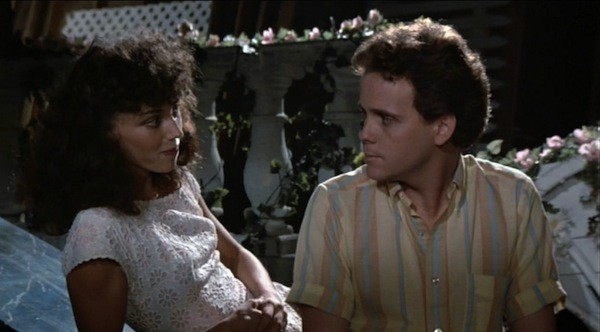 PORKY'S II: THE NEXT DAY (1983) / PORKY'S REVENGE (1985). The Canadian production Porky's was one of the monster hits of 1982, grossing even more at the U.S. box office than such enduring faves as Star Trek II: The Wrath of Khan, 48 HRS. and Poltergeist. Written and directed by Bob Clark (best known for helming two diametrically opposed Yuletide features, Black Christmas and A Christmas Story), the film is set in 1950s Florida and follows a bunch of high school guys as they try to get laid by the local ladies and exact their revenge on a hickish club owner named Porky (Chuck Mitchell). It's a limp film (pun fully intended), but its success led to two sequels, neither of which commercially did even half as well.

The Kino Lorber label has opted to release both follow-ups as a Blu-ray double feature, and it's interesting to be reminded decades later that Porky's II: The Next Day is actually better than its smash predecessor. Pee-wee (Dan Monahan), Meat (Tony Ganios) and the rest of the gang are still trying to score, of course, but the focus is more on the efforts of the students to take down two factions attempting to block the school's performance of Shakespeare's greatest hits. The religious right seeks to stop the play due to its spicy language while the KKK wants it shuttered since a Native American teen (Joseph Running Fox) is essaying the role of Romeo. It's generally satisfying seeing rednecks and Republicans receive their comeuppance, and, as an added bonus, series regular Kaki Hunter is allowed to show off her comedic chops in a rowdy restaurant scene (it's a shame she left the industry after only a handful of credits). 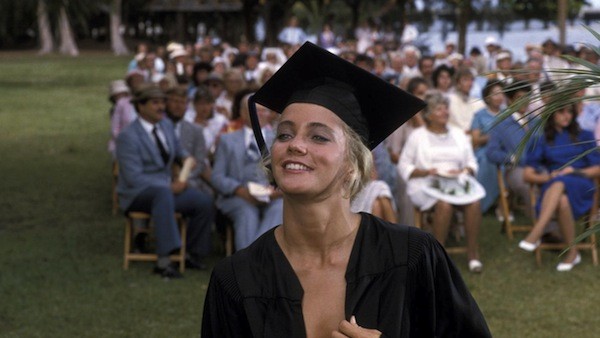 While Porky's grossed $110 million during its initial run, Porky's II: The Next Day could only manage $33 million. Porky's Revenge, the third picture in the series, fared even worse, mustering only $20 million. It's easy to see why. Even for fans of the original, the thrill was gone, with Pee-wee and the other high schoolers (most played by actors who were by now hitting 30) engaging in increasingly lame shenanigans while again tangling with Porky and other good ole boys. As critic Mike Clark memorably wrote upon its initial release, "This Revenge is preferable to Montezuma's, but not by much." 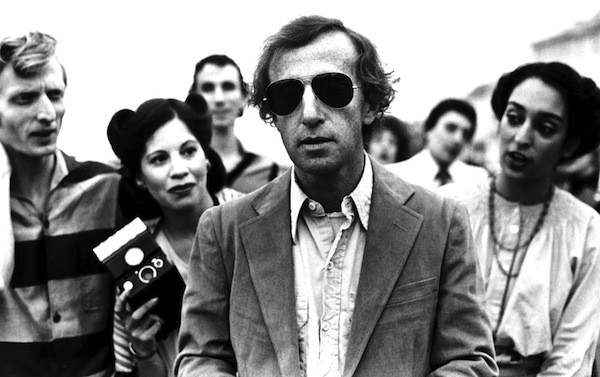 STARDUST MEMORIES (1980). Patronized by most critics at the time of its release, Woody Allen's version of Federico Fellini's 8-1/2 has seen its reputation expand during the intervening years. Certainly, it's one of his most bilious works, but it's largely this unbridled furiosity that makes the film such an intriguing watch. Allen plays Sandy Bates, a self-absorbed filmmaker who's constantly being badgered by fans to sign autographs, to aid them in their careers, and to go back to making movies more like his "early, funny" ones. Amidst all this chaos, Sandy finds himself torn between two women (Jessica Harper and Marie-Christine Barrault) even as his thoughts continue to drift back in time to his former lover (Charlotte Rampling). Cinematographer Gordon Willis respectfully shoots the women in full luminosity, but Allen has him photograph all the grasping extras as grotesqueries filling every inch of the screen — such a treatment led to many viewers and reviewers crying foul, but it's undeniably the proper approach for a tale as insulated and navel-gazing as this one. Sharon Stone made her film debut as the glamorous blonde Sandy watches in the first scene, and while I didn't spot him, the end credits reveal that Brent Spiner (Data on Star Trek: The Next Generation) plays one of Sandy's myriad fans.

Blu-ray extras consist of the theatrical trailer and an isolated score track. 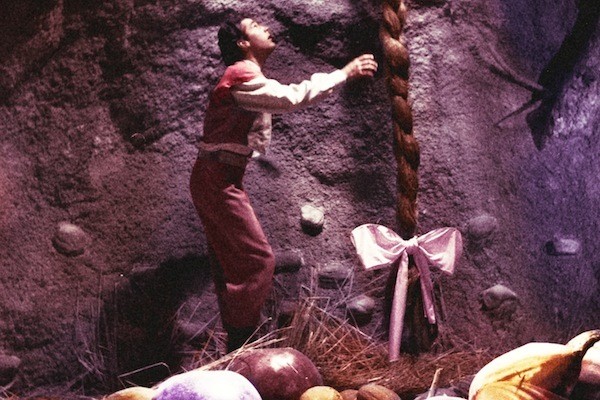 THE 3 WORLDS OF GULLIVER (1960). While it's true that this adaptation of Jonathan Swift's novel Gulliver's Travels doesn't contain the generous amount of creatures one usually finds in a Ray Harryhausen production, the visual effects genius still provides himself with quite the workout by placing the saga's intrepid hero in the middle of communities both tiny and towering. Kerwin Mathews, star of the 1958 fantasy classic The 7th Voyage of Sinbad (another Harryhausen extravaganza), here plays Lemuel Gulliver, a seafaring doctor who falls overboard and washes up on the shores of Lilliput, a land populated by tiny people. His adventures don't end there, however, as he also winds up in Brobdingnag, a country in which he becomes one of the tiny people. Bernard Herrmann's score keeps the action percolating, with Gulliver's battle with a fearsome alligator among the highlights.

Blu-ray extras consist of audio commentary by film historians Randall Cook, C. Courtney Joyner and Steven C. Smith; a making-of featurette; the hour-long 1998 documentary The Harryhausen Chronicles, a career overview narrated by Leonard Nimoy and featuring interviews with George Lucas, Ray Bradbury and others; the promotional feature This Is Dynamation!; the theatrical trailer; and an isolated track of Herrmann's score.