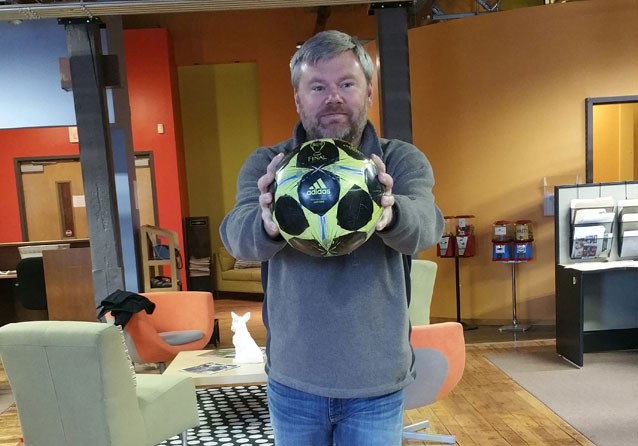 Jim McPhilliamy is having a ball.

McPhilliamy, 49, is the owner of two less-than-mainstream teams. The Hounds, a Major League Lacrosse franchise, play every summer but remain largely under the radar.

Rather, it's the city's new top flight soccer club, the Charlotte Independence, that's catching the attention of die-hards. There's even a fan-run supporters group, the Jack's Militia, that's organizing pre-game events and marches to the games from its home base, Courtyard Hooligans, once the team kicks off its inaugural season this March in the third-flight USL Pro division.

And why not? It's just one more great opportunity to mix booze and team spirit in a family-friendly environment.

More importantly, the Independence has high hopes of being promoted to the MLS down the road. If that happens, one of the Southeast's biggest soccer markets will be recognized on a whole other level. But that's a dream that's far from realization.

"I feel like Charlotte is going to deserve a MLS team," McPhilliamy says. "If I can set the table properly to bring MLS to Charlotte, I think that'd be a really cool thing to do. You don't get opportunities very much to say 'I helped do something cool that impacted an entire city,' and that's what I'm really excited about."

Until all of the arrangements are made for the upcoming season, McPhilliamy's management team is working in organized chaos, straightening out any kinks in the process as they come along. They still need to finalize the team's logo and color scheme, the last of the main sponsors, the majority of the roster, the location for the first season's home games while the team's future stadium is still undergoing renovations, and who knows what else. (Well, McPhilliamy knows what else, but the point is there's way too much to list.)

All of the chaos surrounding the team's preparations for its season doesn't seem to phase McPhilliamy much, though. Sitting down with him, it was clear he loves what he's doing and he's not shying away from having a good time with it, either.

Not to say he's not stressing out a little, but he certainly doesn't look like he's letting it get to him. He says that's because he knew what he was getting himself into. Before both teams were even in their infancy, McPhilliamy says he took a last second to stop and ask, "Alright, is this the right thing to do?" before sealing the deal.

He picked up that habit a long time ago, while he was running a three-versus-three basketball tournament, McPhilliamy's first experience in the business of athletics.

One day, "I shut my keys in the car, locked it and left it running," says McPhilliamy. "Ever since then, which was a train wreck, whenever I get in and out of my car, I pause for a second before I shut the door. And it's sort of the way I operate, almost, in life now. Before I take an action, I pause for a second and just say: 'Alright, have I got everything?'"

It's a practice that should serve him well in the coming months.